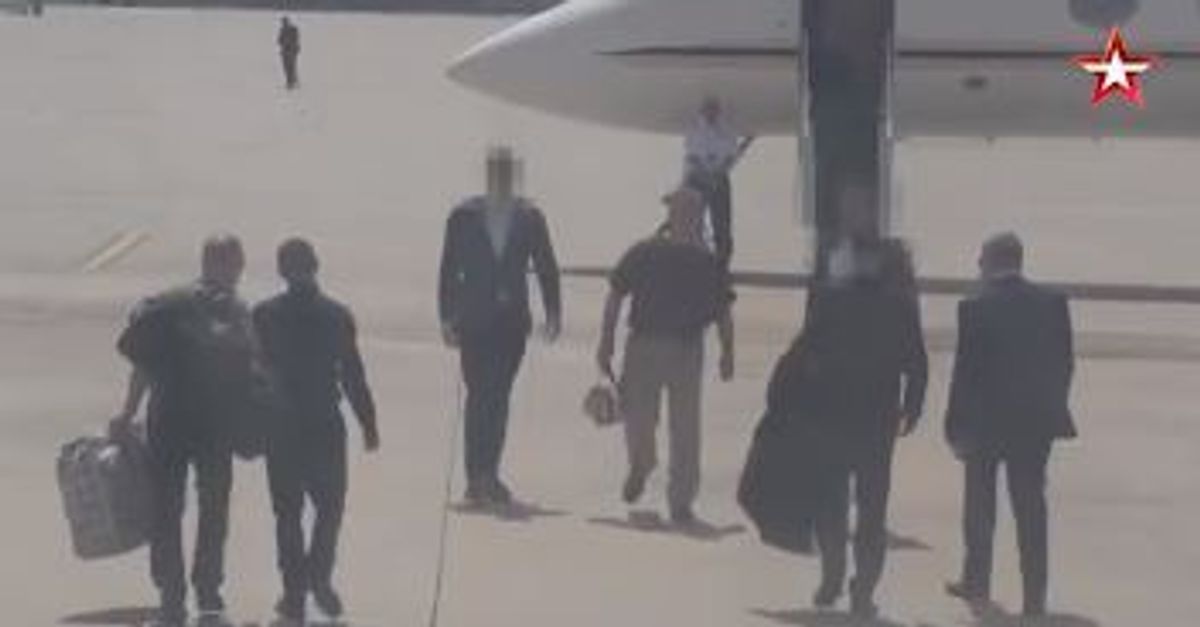 US and Russia rekindle Cold War ritual with prisoner swap

This exchange of prisoners between the United States and Russia is worthy of the Cold War.

INTERNATIONAL – Discreet negotiations in the midst of an international crisis, concluded with a flight to freedom on the tarmac of an airport: with a very scripted exchange of prisoners, Russia and the United States revived this Wednesday April 27 a ritual dating from the Cold War.

While the West has taken up the cause of Ukraine being invaded by Russia, the United States has insisted that it is not making any diplomatic overtures to Moscow, but this exchange shows that the two powers still have relations. relationships on specific topics.

Russian television footage showed former US Marine Trevor Reed, 30, dressed in a coat, getting out of a pickup truck accompanied by three Russian soldiers in camouflage gear, apparently on the tarmac of an airport (see the video below).

Russian media released footage of American Trevor Reed being escorted to an airport in Moscow. Russia and the U.S. agreed to a prisoner exchange, trading Trevor Reed for a convicted Russian drug trafficker serving a long prison sentence in the U.S. pic.twitter.com/Hkk4Xje1L8

The plane flew to Turkey – which, unlike European Union countries, has not barred its airspace to Russian planes – where it was swapped for Konstantin Yaroshenko, a pilot convicted of drug smuggling and imprisoned in the United States.

“The American plane stopped next to the Russian plane and they took the two prisoners across at the same time, like in the movies,” Trevor Reed’s father told CNN (see the video below), Joey, shortly after Washington and Moscow announced his release simultaneously.

The deal came despite a nearly empty US embassy in Moscow, with Washington long complaining of Russian restrictions on its personnel.

Before the end of the Cold War in 1991, the two superpowers exchanged prisoners in the fog of night on Berlin’s Glienicke Bridge.

Nicknamed the “Bridge of Spies”, it linked the American zone of West Berlin to the East German city of Potsdam, spanning the Havel River.

The most famous exchange dates from 1986, when leading Soviet dissident Natan Shcharansky was freed in exchange for a Czechoslovak national and his wife accused of spying for Moscow.

Trevor Reed, convicted of assaulting police officers while intoxicated, which he denies, does not have the prominence of Shcharanski and his release has few political implications.

“I don’t think either side really wants to completely sever ties,” said Donald Jensen, a former member of the US Embassy in Moscow.

“And let’s be honest, a prisoner swap is important for the families but to some extent it’s relatively minor in terms of the overall relationship,” the director for Russia and Europe at the Institute think tank told AFP. of Peace.

Russian President Vladimir Putin has long spoken of prisoner swaps, including after his summit with his US counterpart Joe Biden in June 2021.

The timing, in the midst of war in Ukraine, could show that Mr. Putin can still do business with the United States, according to Donald Jensen.

For Russia, such an exchange reminiscent of the Cold War is also important “for its image as an equal of the United States, that it and the United States are superpowers and that they decide things like this”, Jensen said.

The Biden administration believes for its part that it must preserve at least some relationship with Russia in key areas, including diplomacy on Iran, he explains.