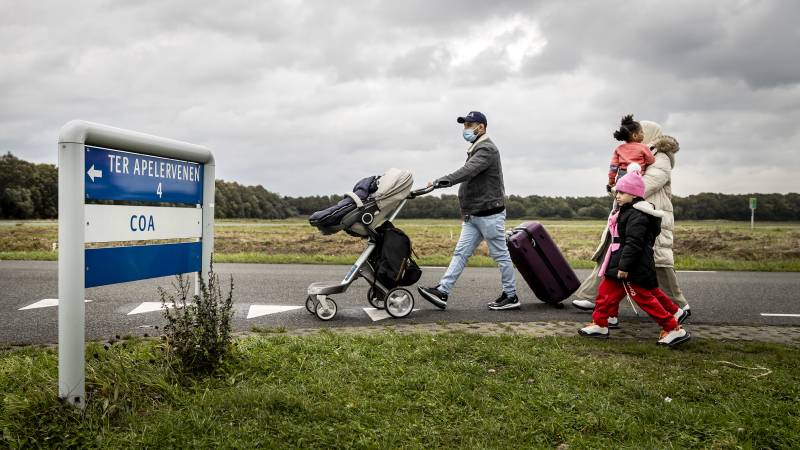 So far, five provinces have responded to the cabinet’s urgent call to come up with extra reception places for asylum seekers this weekend. These are Zeeland, Drenthe, Overijssel, Flevoland and Utrecht.

On Friday, the cabinet called on the provinces to offer 100 extra reception places each this weekend. This is due to the emergency situation in the application center in Ter Apel in Groningen, where people had to sleep on the floor this week because 750 asylum seekers stayed, while there is only room for 275.

Available for half a year

Since yesterday, 150 asylum seekers have been accommodated in Drenthe in a former hotel in Emmen. This shelter was supposed to open next week, but that is now a week early.

In Zeeland, about 100 asylum seekers arrive at an event center in Middelburg. Another 100 to 150 people will follow at the end of next week.

Overijssel, Flevoland and Utrecht registered with 100 places in Hengelo, 90 in Dronten and 100 in hotels in Amersfoort and Utrecht respectively.

It varies per location how long the places are available. For example, the former hotel in Emmen is free for reception until January 8. In Zeeland, the event center will be available for at least the next six months, with an option for an extra six months.

Friesland and Groningen come with nothing. Friesland believes that it is now the turn of other provinces, “because with 1250 asylum seekers we are already doing more than we should”, according to a spokesperson.

Groningen says it is exempt because of the presence of the now overcrowded application center in Ter Apel and the recently arranged reception in other places.

Noord-Holland is optimistic that the target will be achieved. “We have several locations in mind. We must certainly reach that number of 100,” says a spokesperson.

Gelderland, Limburg, South Holland and North Brabant say they cannot announce anything yet.

NOS op 3 found out why there is currently no bed left in the asylum shelter: