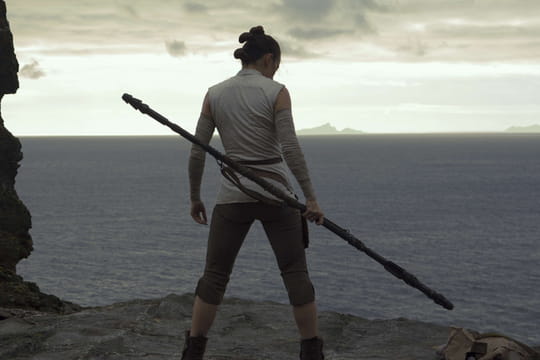 Program change for Disney productions and in particular the next three Star Wars films which are slipping into the calendar of release dates.

[Mis à jour le 27 juillet 2020 à 9h26] At the end of July, Disney + announced a new upheaval in its cinema release plans for the next few months but also for the next few years. This decision to change the release schedule is due to the resurgence of coronavirus cases in the United States which is shaking up theatrical release plans but also filming. This impacts future Star Wars film productions which have all been delayed by one year. The next Star Wars films will therefore be released on December 22, 2023, December 19, 2025 and December 17, 2027 in the United States. We know that several directors and producers (Taika Waititi, Rian Johnson, Kevin Feige) are hard at work on their Star Wars projects but, at this stage, Lucasfilm has not communicated on the release order of these future films. . So you have to be patient before you can find out what it is. Note that, if the Star Wars film releases are calming somewhat, the distant galaxy will however be very present in the coming years on Disney + with many series already in preparation.

Despite the end of the Skywalker saga with the release of the ninth installment of Star Wars last December, Lucasfilm is far from stopping there with its flagship license. In the near future, we mainly expect a development of the galactic universe in series through Disney +. The series The Mandalorian being very popular, a season 2 has already been shot and a season 3 has already been ordered according to Variety. The broadcast date for Season 2 has yet to be revealed. It is expected to arrive in late 2020 or early 2021. Other Disney + series in the Star Wars universe have also been announced: one focused on Obi Wan Kenobi and another on Cassian Andor, the Rebel seen in Rogue One: a Star Wars Story. Leslye Headland, co-creator of the Russian Doll series, is working on a Star Wars series for Disney +. It should feature a female character. For now, we don’t know more about it. Animation-wise, Star Wars The Bad Batch is a Clone Wars spin-off series slated for 2021.

As for feature films, several projects are underway but there is still little information about them. At the present time, Rian Johnson (Looper, Knives Out, Star Wars 8) is still at the head of a Star Wars trilogy, without anyone knowing more about its theme or even its situation in the timeline of the universe. Marvel Studios executive Kevin Feige has been entrusted with a Star Wars feature film project. Finally, Taika Waititi, to whom we owe in particular Jojo Rabbit and Thor Ragnarok, is in charge of another Star Wars film announced during Star Wars Day 2020. Again, no additional information has been given at this stage. . We will therefore have to wait to learn more about all these projects but, one thing is certain, the distant galaxy is not about to be absent from our screens!

For the time being, television productions in the Star Wars universe are confined to series planned for broadcast on Disney +. First of all The Mandalorian, this series created by Jon Favreau which follows a bounty hunter between episodes 6 and 7, of which the eight episodes of season 1 are visible on Disney + in France as well as a making of series. But also the Star Wars Clone Wars series which took advantage of the arrival of the Disney streaming platform to resume a season 7 six years after its last episode. The 12 episodes of the animated series are available on Disney + in France. We find in particular the character of Ahsoka Tano, padawan of Anakin Skywalker during the Clone Wars between episodes 2 and 3 of the saga.

Following the success of Star Wars Clone Wars season 7 on Disney +, Lucasfilm has started production of a new spin-off animated series. This final season made it possible to end Tano’s journey before his return to the Star Wars Rebels series, but also to discover new characters: somewhat particular clones who call themselves “The Bad Batch”. They are clone soldiers whose gestation has been failed but who demonstrate tactical and warlike abilities out of the ordinary for the other clones. Three episodes were dedicated to these characters in season 7 which had only six, a way for the Lucasfilm production to give them importance and test the interest of the public. Done, the studio announced in mid-July 2020 the upcoming arrival of Star Wars: The Bad Batch, an animated series produced by Dave Filoni (Clone Wars, The Mandalorian), directed by Brad Rau (Star Wars Rebels, Star Wars Resistance) and scripted by (Star Wars Resistance, NCIS: Special Investigations). The series will be broadcast on Disney + in 2021 without further details.

Also on Disney +, Lucasfilm is also planning a series dedicated to the character of Cassian Andor, rebel spy seen in the spin-off Rogue One: a Star Wars story. Actor Diego Luna is due to reprise his role there for what is planned as a serial “spy thriller”. Another expected TV project, a series dedicated to Obi-Wan Kenobi is also planned with the return of Ewan McGregor in the title role. This mini-series, directed by Deborah Chow (Better Call Saul, Jessica Jones, The Mandalorian), however, took a break from her creative process to rework the script.

After Star Wars 9 and the end of the Skywalker saga, the future of cinema licensing is not yet clear. At least, no date has yet been put forward for future Star Wars films in theaters. However, we know that Lucasfilm has entrusted Rian Johnson (Star Wars 8, Looper, Knives Out) with the task of creating a whole new trilogy in the galaxy far, far away. However, we do not know anything about the progress of this project. The same goes for the Star Wars films produced by Kevin Feige, the architect of the Marvel films who will try to take the license hand in hand with as much success as the Marvel cinematic universe.

The Disney + catalog has many films from the Star Wars franchise since its launch in France on April 7, 2020. In 2012, Mickey’s firm bought Lucasfilm, and now owns the rights to the productions that take place in the distant galaxy, very distant. Here’s the full list of Star Wars movies to watch on Disney + when the streaming platform launches. The chronology of the media means that films released in theaters less than three years ago are not yet in the catalog.

It is also on the series that Disney + stands out, offering originals and exclusives. The Mandalorian, as well as the Star Wars: The Clone War saga are present in the catalog. The Lego Star Wars, Star Wars Rebel and Star Wars Resistance series are also found on the streaming platform.

It is not always easy to follow the chronology of Star Wars productions between films, derivative films and series. On Twitter, the official account of the saga offered Internet users a clear and simplified timeline for all those who would like to watch Star Wars productions from A to Z. Here it is below.

At the end of February 2020, Lucasfilm announced its plan for the publication in 2020 of many books and comics whose stories will be set during the period of the “High Republic” (this narrative arc is named Star Wars: The High Republic in its original version. ) approximately 200 years before the events of the Phantom Menace. At this time, the Jedi Order and the Galactic Republic rule. In a statement posted on the official Star Wars website, Lucasfilm warns, however, that “this period in the Star Wars timeline is not going to coincide with any other film or series projects planned at this point, which will give the creators and to our partners great freedom to tell their stories and create original characters. “

Creative director of Lucasfilm publications, Michael Siglain specifies that this period of the universe will allow us to see “the Jedi as we always wanted to see them: as true guardians of peace and justice. It is an optimistic and full period. of hope where the Jedi and the Galactic Republic are at their peak. But, of course, in this glorious new era, something wrong is approaching “and the Jedi are going to have to face the Nihil, antagonists described as” Vikings of space”. The first books and comics planned in the Star Wars: The High Republic story arc are written by Claudia Gray, Justina Ireland, Daniel José Older, Cavan Scott and Charles Soule and will be available for sale from August 2020 during of the Star Wars Celebration which takes place in Anaheim, California. Here is the detailed list: