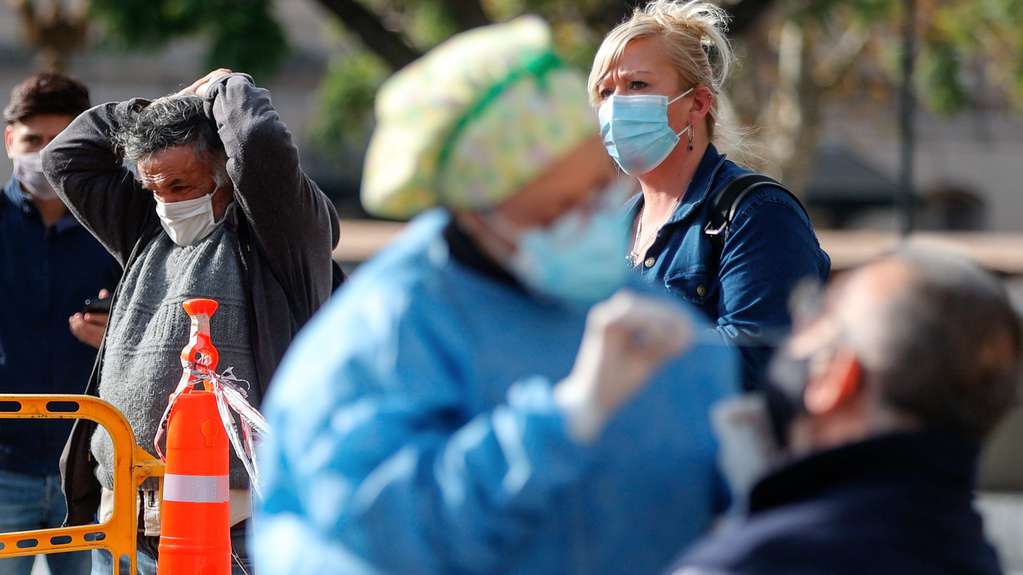 “Unusual, but mild”: the doctor who detected the Omicron variant detailed what the symptoms of the mutation that alarms the world are like

Angelique Coetzee, the same specialist who warned about the emergence of the variant Omicron from Covid-19, spoke about the symptoms that this mutation would generate. As stated by who is the director of the South African Medical Association (SAMA), the symptoms of the first infected were “unusual, but mild.”

“So far, we have found that those infected do not suffer loss of taste or smell. They may have a mild cough, but there are no prominent symptoms, ”he added.

Read also: The WHO considers that it is not yet possible to determine if the Omicron variant is more contagious and if it causes more severe symptoms.

In dialogue with The Telegraph, the South African specialist pointed out that the symptoms of people infected with this new mutation were “very different and very mild from those she had treated before.”

Anyway, he clarified that they are “unusual, but mild”In healthy patients, while warning that there is concern among specialists about the complications it could cause in the elderly and unvaccinated.

What are the symptoms generated by the Omicron variant

Coetzee, who chairs the SAMA after 30 years of professional practice, was responsible for alerting about this new mutation after detecting it in patients with Covid-19 that he treated. She was the one who convened the South African Vaccine Advisory Committee on November 18.

In the doctor’s words, the call was the result of detecting a family (with four members) infected with Covid-19, whose symptoms included extreme fatigue, an indication that she later found in two dozen patients who tested positive, which in her most were young men.

See also  Corona virus live ticker: +++ 01:15 a.m. Conference of Ministers of Education: It should still be possible to wear masks in schools +++

“They have a mild illness with symptoms such as muscle pain and tiredness for a day or two, and they don’t feel well”, He listed. And he added: “Some are being treated at home.”

The specialist recalled a “very interesting” case of a six-year-old girl who had a “fever and a very high pulse.” “I was wondering if I should admit it. But when I followed up two days later, I was much better, “Coetzee added.

The doctor also stressed that all the patients she attended were healthy, for which she stated: “What we have to worry about now will be when unvaccinated older people become infected with the new variant. And if they are not vaccinated, we will see many people with a severe form of the disease. “

What the WHO said about the Omicron variant

The World Health Organization (WHO) added to Omicron at Variants of Concern (VOC) of the Covid-19 and gave some details about its changes: “It has several mutations that can have an impact on how it behaves.”

Beyond warning that it is still being investigated, the WHO focused on two aspects:

Transmissibility: they explained that it is not yet clear if Ómicron is more transmittable compared to other variants, including Delta. However, they highlighted that the “number of people who test positive has increased in the areas of South Africa affected by this variant”, although they clarified that they will still have to determine if this jump in infections is related to this new variant.

Read also: The Government prepares for the arrival of the Ómicron variant: health pass, vaccination and urgent concerns

Severity of disease: for the moment Omicron infection is not known to cause more severe disease compared to the other variants, including the Delta.

However, the WHO noted that “preliminary data suggest that there is an increase in hospitalization rates in South Africa.” They also explained that “currently there is no information to suggest that the symptoms associated with Omicron are different from those of other variants”.

“Understanding the level of severity of this variant will take from days to several weeks,” they added.