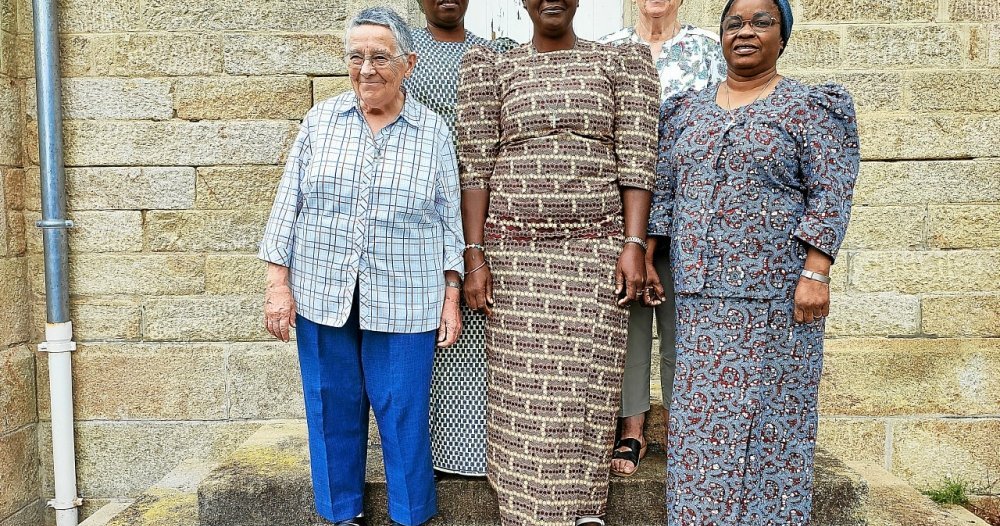 24 Sisters of Divine Providence are meeting from July 5 to 28, for an international assembly at the Mother House of Créhen. The purpose of this assembly is to take stock of the life of the congregation and to prepare for the next 6 years. Coming from France but also from Belgium, the Netherlands, Gabon, the Democratic Republic of Congo, the nuns present are the delegates of the 180 members of the congregation. They work in small groups and in assemblies, respecting free expression, to develop the 2022-2028 orientations. The statutory elections of July 22 and 23 designated, as superior general, Sister Charlotte Matendo and four general councillors, Sister Yvette Bodin, Sister Yolande Buzika, Sister Marie-Louise Le Roy and Sister Annie Somi. Their goal will be to animate the whole institute for the next 6 years.

Attached to the principles of their founder, Father Guy Homery (rector of Créhen, 1822), the Sisters of Divine Providence intend to be close to the most disadvantaged in order to plead their case. “Whatever the places where they are sent, Kinshasa, Libreville, Brussels, Paris, in Dutch Limburg or Brittany, the sisters are animated by the same passion, to announce the Gospel, to serve in all humility and simplicity by living together in brotherhood”.

On July 31, they will celebrate the congregation’s 200th anniversary.