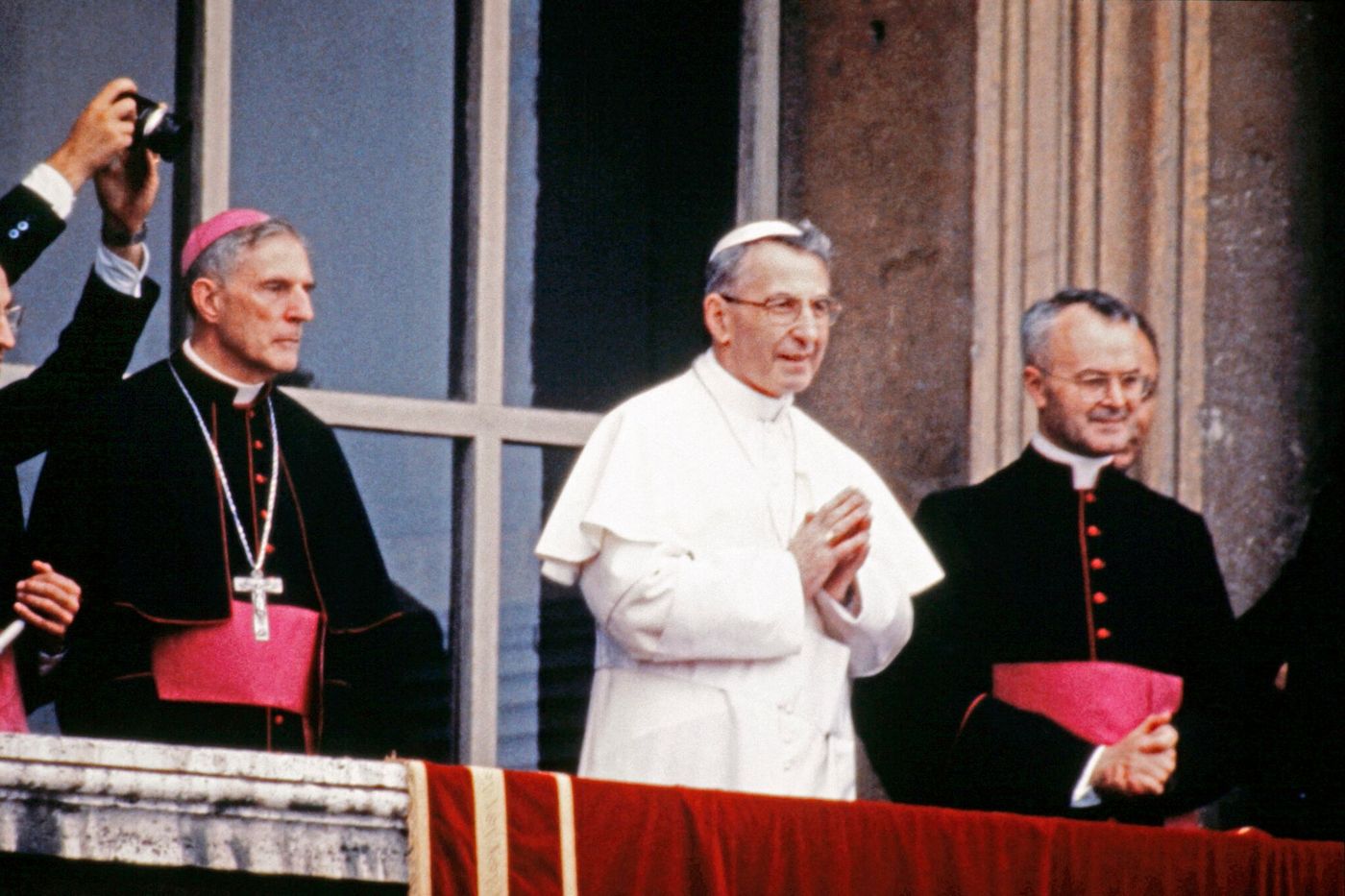 It is a rare document that is made public these days in Italy. The Vatican editions publish on May 13 a collection of texts and documents from the pontificate of John Paul I, pope for thirty-three days. Because in addition to the official speeches, now well known, of the former patriarch of Venice who became pope on August 26, 1978, the thick 470-page book provides readers with the diary of the bishop of Rome, as well as all the notes he took every day until his unexpected death on September 28, 1978. All these writings will be at the center of a symposium organized in Rome on May 13.

First, the authors of the book – for the time being published only in Italian –, including the vice-president of the John Paul I Institute and journalist Stefania Falasca, have chosen to publish all of the speeches delivered by the pope, along with their official version as they were made public a few months later by the Vatican. The differences between the two versions, the official and the “real”, are far from being anecdotal since they reflect the very personal choices of a pope, and the adoption of a style which will not have time to deploy.

The abandonment of the “we” of majesty

“The first thing I did when I was elected pope – I had a little time – was to take the yearbook in hand, to study a little… the organizations of the Holy See, so much I am ignorant and far from knowing the gears of the Holy See. I hope you will help me”, he said during his first meeting at the College of Cardinals on August 30, a few hours after his election. “Have pity on the poor new pope, who really did not expect to find himself in this place”, he continues. A passage that has purely and simply disappeared from the official transcription.

→ CRITICAL. “Little life of John Paul I”, by Christophe Henning: the pope with a smile

Another marker of Albino Luciani’s style: the abandonment of ” we “ of majesty hitherto used by the popes… but systematically corrected by the Curia in the official version of the texts. “I am happy to be able to welcome already the first week of my pontificate a qualified and numerous representation from the world of social communications”, he told reporters on September 1. Words transcribed as follows: ” We are happy “ et “Our Pontificate”.

A Pope worried about the state of the world

Over the 42 documents delivered here, we go through the very brief pontificate, which was ultimately only a succession of “first times”, ranging from the traditional weekly audiences to the first letters of appointment, including a speech on the meeting of Camp David of 1978 – with American Presidents Carter, Egyptian Sadat and Israeli Prime Minister Begin – the death of Nikodim, Metropolitan of Leningrad and Novgorod, in Russia. We will also read there the letter of appointment of a papal legate for the closing of the Marian congress of Guayaquil, in Ecuador, in the person of a certain… Joseph Ratzinger.

But beyond his speeches and letters, the official versions of which were already known, the Vatican Library today publishes much more personal elements, which allow us to touch, as far as possible, the way in which John Paul I reflected and worked.

In the diary which served him in fact as a notebook used to prepare his audiences, we discover a pope worried about the state of the world, anxious to prepare speeches which intermingle elements of current affairs, theology and spirituality.

An important testimony on the working method of a pope

In small blue or black writing, very happily transcribed, and accompanied by an imposing apparatus of notes whose precision and erudition must be saluted here, John Paul I notes, crosses out, adds, clarifies, corrects, with force arrows, brackets, underlined words and diagrams…

“The Pope also rejoices that (members of) summit pray (nt) with so many others for the good success of the Summit”, lit-on. « Carter, Xtien (chrétien) lit l’E. (Gospel) »he wrote on September 10, 1978, as the Camp David summit opened.

The reproduction of the notebook used to transcribe what he retains from his appointments or to lay down his work program also constitutes an important testimony to the working method of a pope. We see here a pope wondering about the implementation of the council, with many references to John XXIII, drawing up lists of subjects to be discussed.

Questions also appear, such as these few words, which testify to the preparation of the meeting with the mayor of Rome, Giulio Carlo Argan: “quote myself? » Or in preparation for a meeting with the leaders of the Jesuits and their Superior General, Fr. Pedro Arrupe: “p. Arrupe = prepare on October 1st. » But the hearing will never take place: Jean-Paul I will be found dead on September 29, at 5:20 a.m.

From Venice to Rome