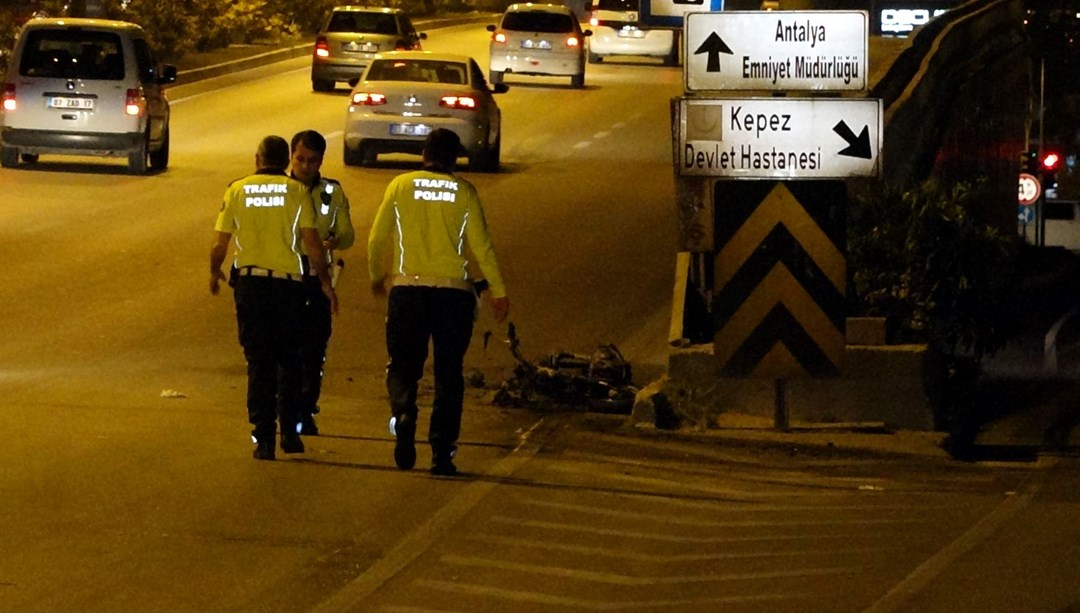 An unlicensed and drunk driver died in Antalya.

Gorkem Sabri S. He crashed into the motorcycle driven by Serdar Başak with the car he was driving. The motorcycle, which was overturned by the impact of the collision, was dragged about 100 meters and burned, while driver Serdar Başak and his girlfriend Zozan Gönel were thrown onto the road.

Those who saw the accident reported the situation to the 112 Emergency Call Center. A large number of health, police and fire crews were sent to the scene with notice. The burning motorcycle was extinguished as a result of the intervention of the surrounding citizens and the fire department. The medical teams who came to the accident area determined that Zozan Gonel died. Serdar Başak, who was seriously injured, was taken to the hospital by ambulance.

THE DRIVER IS BOTH WITHOUT LICENSE AND WITH ALCOHOL

The car driver, who was slightly injured in the accident, Görkem Sabri Ş. on the other hand, he shed tears by saying, “Release me, I became a murderer” at the scene. Görkem Sabri Ş. was detained after his treatment in the ambulance. In the examination, it was determined that the driver of the car was 1.31 promil alcoholic and without a license.

‘HE WOULD LEFT HOME’

Murat Başak, father of motorcycle driver Serdar Başak, who was taken to the hospital with serious injuries, said, “I was at the airport, we met with them in front of the shopping mall. My son was going to come home after leaving his girlfriend at home. They had an accident on the way. The car came and hit them. The engine started to burn while drifting. He dragged 100 meters,” he said.

See also  The risk of COVID-19 among travelers rises: “Disney is out of control”

Eyewitness Mehmet Bayram, who saw the accident, said, “We were driving in our normal lane. The vehicle passed on our right and passed into the lane on the left. After that, it hit the motorcycle. We put out the fire. Lastly, it crashed and took life.”