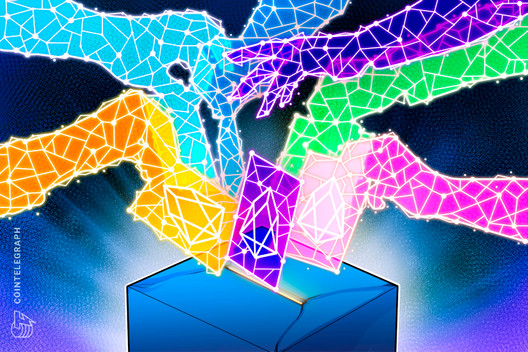 Uniswap holders propose to change the Ethereum network for BNB Chain to launch version 3.0 of the protocol

80% of UNI holders voted in favor of the release of “v3” of the Uniswap protocol on the BNB Chain, while the rest of the voters voted against.

A proposal to launch the Uniswap v3 protocol on the BNB Chain received overwhelming support from the Uniswap community in its governance forum.

80% of voters holding the UNI government token (UNI) of Uniswap have voted in favor of launching the third version of the decentralized exchange protocol on the BNB Chain, a direct rival of the Ethereum network.

In a proposal published on January 17Ilia Maksimenka, CEO of DeFi protocol, Plasma Finance, argued why the Uniswap v3 protocol should come to BNB Chain, writing:

“We believe the time is right for Uniswap to be implemented on the BNB PoS chain, for many reasons (license expiration being one of them).”

Following the discussion in the governance forum, the Uniswap community performed a poll to see if the community approved of the idea. 80% of the votes were in favor of implementation, while the remaining 20% ​​voted against.

Blockchain software company ConsenSys supported the move. According to Cameron O’Donnell, DAO governance strategist at ConsenSys, the company considers that the protocol branding is “independent and not tied to any particular chain” despite centralization concerns. O’Donnell explained:

“Regardless of personal opinions, Uniswap’s entry into the BSC marketplace will provide current and future users with a secure and established means of decentralized asset exchange.”

In addition, the ConsenSys executive also said that the company believes it is important for Uniswap to be “chain-agnostic” to better serve all users within the Web 3.0 space.

Following the approval of the governance proposal, the Plasma Finance team estimates that the deployment of the necessary smart contracts on the BNB Chain can take between five and seven weeks.

Update: Part of the article has been updated to reflect that the proposal in question is to test community interest in using BNB Chain for the deployment of version 3.0 of the protocol, which is the first of three votes required to approve a governance proposal. .