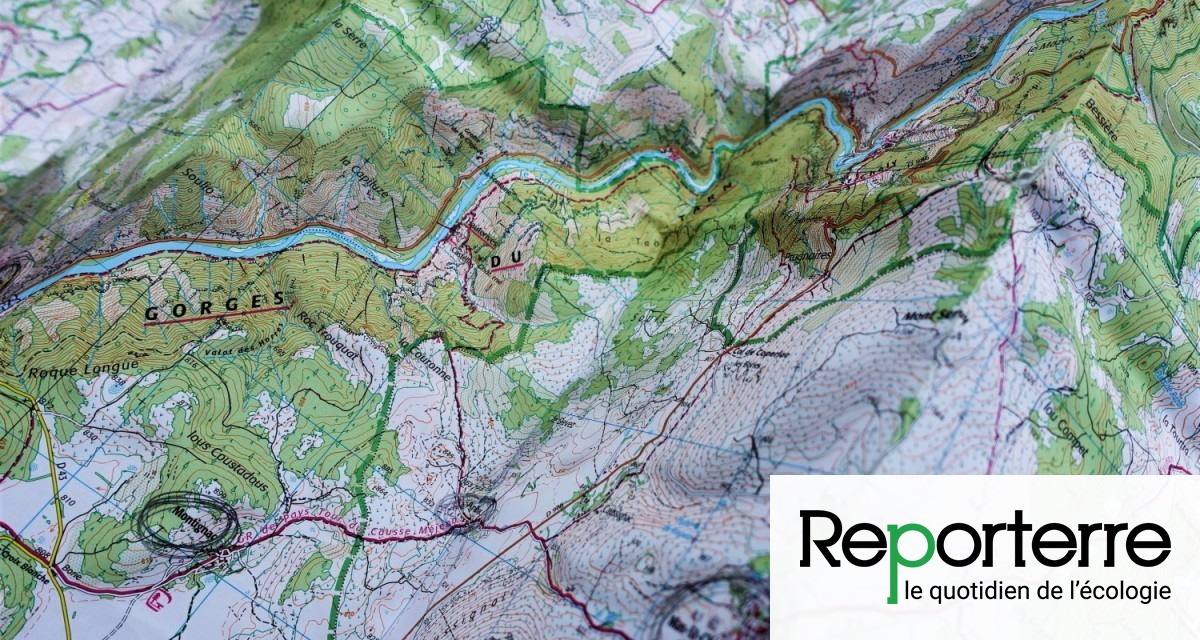 The printed maps of the National Institute of Geographic and Forest Information (IGN) could they disappear ? This is what the unions fear CGT of the public establishment of geographic information, after the management announced that it wanted to close its printing plant. From 2023, these maps, well known to hikers and lovers of geography, should no longer be printed except by contractors. A change that risks, in the long term, causing an outright disappearance of the paper format in favor of digital, according to the unions.

« As soon as we stop printing cards internally, we stop producing paper cards », says to Reporterre Olivier Delbeke, union representative CGT of the’IGN. The software programmer joined the house some 40 years ago. « From experience, all the activities that have been subcontracted by theIGN ended up costing more. »

According to him, the choice of subcontracting is particularly risky financially in the printing sector. The cardsIGN, because of their specific size and weight, are indeed complex to produce. « They have a specific production line. When the machine is stalled, you can’t have fun doing catalogs or newspapers. » These difficulties could have repercussions on the costs charged by subcontractors. « A boss wants a machine that runs, that goes from one order to another easily. It will be difficult to find printing owners who embark on this adventure, because they should make investments. »

From 2023, these cards should only be printed by subcontractors. © Alexandre-Reza Kokabi/Reporter

In the medium term, the trade unionist fears that the technical and economic difficulties will encourage the management to put an end for good to the printing of cards, which have become too unprofitable. « It is a logical sequence that we think certain », he said. The cards IGN would then only be accessible in digital format and via the institute’s application, launched in 2019. « Nobody wants to put their life in the hands of their smartphone to go on a mountain hike ! » the trade unionist ranted.

Olivier Delbeke considers the choice of subcontracting all the more incomprehensible as the confinement has led to a renewed interest in outdoor activities. This had repercussions on the activities of the printing press of theIGN. Online sales of hiking maps increased by 57 % in 2020 and 29 % in the first half of 2021 (compared to 2019). The printing press of the institute is today « perfectly profitable », according to the union representative, who criticizes the « religion of outsourcing » in the public service.

« It is true that with the health crisis, there has been a little craze for walking, tempers Didier Moisset, deputy director of production atIGN. However, the trend in paper card sales has been declining for twenty years. » According to management, the volume of printed cards has been divided by about seven since 2000. The significant maintenance and depreciation costs of the purchase of the machine used to print the cards from theIGN justify, according to Didier Moisset, « to optimize the device » through subcontracting. « When you need a car every day, it’s worth having one in your garage, he said. If the need is only episodic, it may be more profitable to rent it, even if it is more expensive per kilometer. »

The deputy director of production also ensures that it is not « No way » for’IGN to stop producing paper maps: « It is the emblem of the house. The purpose ofIGN is fair to balance the costs. »

However, these promises fail to reassure the unions. The latter launched on June 25 a petition against « the end of the paper map ». Admittedly, it is for the moment hypothetical, but the digitization of the cards IGN could be extremely detrimental to the population, according to Yves Marry, co-founder of the association for the fight against screen addiction Lève les pieds. « This would be in line with other evolutions which are imposed on people with digital technology, and which replace traditional uses by practices having many negative effects. »

The environmental cost of digital technology is one of them. Its consequences on cognition are another. « The transition to GPS can lower people’s ability to orient people, which is a sense that needs to be worked on, said Reporterre Yves Marry. We delegate cognitive functions to tools in the belief that we are making life easier while, to a certain extent, we are relieving ourselves of skills. » This could have consequences on the safety of users because, according to him, the margin of error and approximations of the GPS installed on the phones.

If the associative activist Yves Marry is so keen on paper maps, it is also for « the special sensory experience » that they offer. « We look at it together, we think about the journey… It makes hiking a moment without a screen, which becomes a rare privilege since digital technology has invaded all places of our life. With a smartphone, the slightest notification takes us out of the present moment, while hiking offers a moment to disconnect from the pangs of everyday life. »

« One of the pleasures and interests of walking is to overprint the map and the landscape. » © Elsa Bastien/Reporterre

For the great walker Antoine de Baecque, author, among others, ofA history of walking (Perrin editions, 2016), the disappearance of paper maps would be « a kind of end of the world ». « One of the pleasures and interests of walking is to overprint the map and the landscape. It is a constant back and forth game operated by the gaze, which can identify what in the landscape emerges from the map and what can complete it, contradict it, trap it, reveal it… I would be unable to do it. other than with a paper map. »

According to the historian, the materiality of this format gives it a special beauty. « The paper map is limited and at the same time extensive, unlike a laptop screen. It is both a tool and almost a kind of landscape in itself. The paper, the wrinkles, the erasure of places linked to the folds of the card, to the rain, to the sweat … »

If the complete digitization of the databases of theIGN would be for him « a disaster », Antoine de Baecque is optimistic. Just like Yves Marry: « Many people in France understand its importance and would be ready, I hope, to signify their opposition if its demise materializes. We, in any case, would be there. »

Sign up in less than a minute to receive free by e-mail, every day or every week, a selection of articles published by Reporterre.

Scanning copies of the Tray is “ a dangerous and imposed evolution »