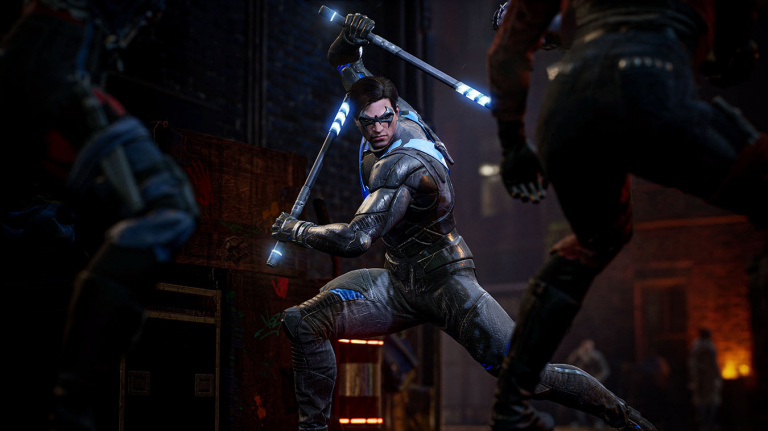 Uncharted, Gotham Knights… The choice of Steam games of the week not to be missed!

Game news Uncharted, Gotham Knights… The choice of Steam games of the week not to be missed!

The week of October 17th to 23rd promises to be a busy Steam release week… Fortunately, we’re here to help you pick the crème de la crème! On the menu: drinks, the plague, Nathan Drake, superheroes and a narrative game. Let’s not waste time, let’s go right now.

Let’s start our selection gently with Potionomics, a storytelling and deck building game. You will help Sylvia manage her small liquor store, inherited from her late uncle. You will need to hone your negotiating skills and challenge the competition with higher prices but higher quality recipes. This will be your store, so it’s up to you to highlight it to attract as many customers as possible. It’s a universe full of NPCs with whom you can forge bonds…sometimes even very intimate ones.

A Plague Tale: Requiem is the sequel to the successful French title A Plague Tale: Innocence released in 2019. It is an action adventure and stealth game set in the middle of the Hundred Years War in the kingdom of France. You will find Amicia and her brother Hugo traveling to the south of France to start a new life. When Hugo’s curse takes over, they choose to take refuge on a mysterious island. With a universe still as relentless and lush settings, A Plague Tale: Requiem will appeal to both players of the first opus and newcomers.

Uncharted Legacy of Thieves Collection is, as the name suggests, a remastered compilation of Uncharted 4 and Uncharted Lost Legacy. Scored 16/20 by our editors on PS5, this collection is now being released on PC. The graphics of these two games have been greatly improved and this version offers you the possibility to manage a variety of options to fully enjoy these titles. However, this compilation requires a minimum configuration to run the game. So make sure you are well equipped before you set off, or go on an adventure!

The patience of comic book fans who have been waiting for a worthy heir to the Arkham saga should be rewarded. Gotham Knights is an action RPG where Batman is dead. So it is up to the Batman family to ensure the protection of the city of Gotham. So it is together with Batgirl, Red Hood, Nightwing and Robin that you will lead the investigation in a city consumed by its very serious crime.
Find here our impressions of Gotham Knights after previewing the game!

Let’s complete our selection with New Tales from the Borderlands, a narrative game. As the name suggests, it is a spin-off of the Borderlands saga, following on from the excellent Tales From the Borderlands. With a new “trio of losers”, you will make decisions that will directly affect the story of the game that takes place a few years after Borderlands 3. The game will be divided into several episodes and you can start with the one you want.

Want to check out Steam games from the past week? It is this way!