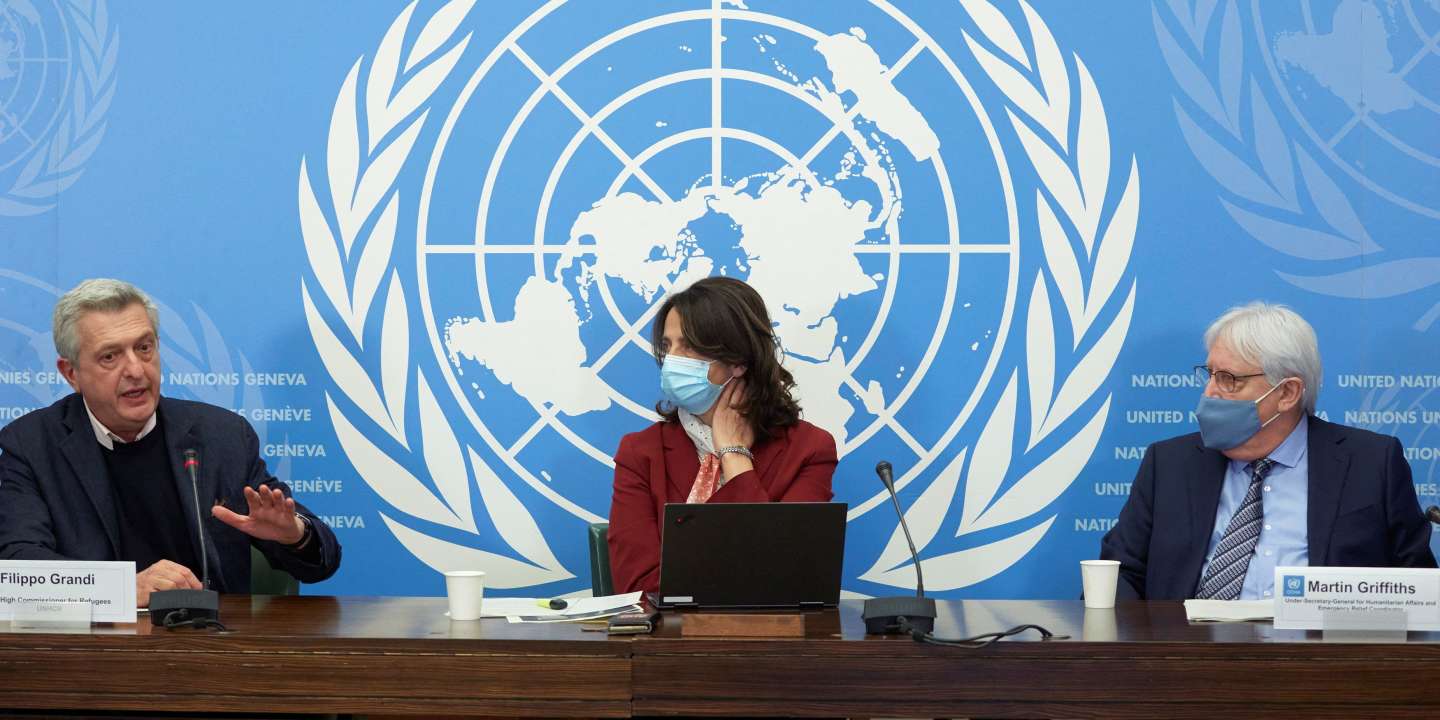 The United Nations has asked for a record $ 5 billion to fund aid to Afghanistan this year and secure a future for a country threatened by humanitarian disaster. It’s only an emergency solution, but “The fact is that without [ce plan d’aide], there will be no future ” for Afghanistan, said Martin Griffiths, the UN Under-Secretary-General for Humanitarian Affairs, during a press briefing in Geneva on Monday January 10.

The UN needs $ 4.4 billion from donor countries to fund humanitarian needs this year, the largest amount ever claimed for a single country, a statement from the organization said. This amount would be spent on expanding food delivery and agricultural support, funding health services, malnutrition treatment, emergency shelters, access to water and sanitation, but also education. Some 22 million people, more than half of the country’s population, are in urgent need of assistance.

After this appeal for donations launched by the UN, the United States on Tuesday promised a first aid package for Afghanistan of more than 300 million dollars for this year. This money must as a priority help with food, health, as well as protection from the harsh winter, explained the United States International Aid Agency (Usaid), in a press release.

But it also takes an additional $ 623 million for the UN to help 5.7 million Afghan refugees, sometimes for many years, in five neighboring countries, mainly Iran and Pakistan. Filippo Grandi, the High Commissioner for Refugees, warned: “If the country collapses, implodes (…) then we will see a much larger exodus of people. And this population movement will be difficult to manage in the region but also beyond, because it will not stop in the region. “

Israel on Tuesday announced aid of half a million dollars for the benefit of Afghan refugees, through the Office of the United Nations High Commissioner for Refugees (UNHCR). This is the first time that the Israeli government has announced official aid, even though Israeli non-governmental organizations have already helped refugees leave Afghanistan, the Israeli foreign ministry said in a statement. The decision was taken directly by Minister Yaïr Lapid, it is specified. The funds released will be allocated in particular to projects aimed at improving the food security of refugees, the organization of health services and the protection of children, as well as the tracing and reunification of families, and food supplies. in water and education, according to the press release.

The country has been ruled since August by the Taliban, who have regained power and driven out the government supported at arm’s length by the international community and American military power after twenty years of guerrilla warfare. The President of the United States, Joe Biden, is accused of having precipitated the arrival to power of the Taliban by accelerating the end of military aid in Kabul.

The sanctions regime put in place to try to make concessions to Islamic fundamentalists, on women’s rights in particular, has plunged the country – already very dependent on international aid – into a deep economic crisis. It is further aggravated by the drought which has been raging for several years.

No money for the Taliban

To reassure donors, Griffiths recalled that the funds – which represent a quarter of the country’s official GDP – would not go through the Taliban but would be used directly by some 160 non-governmental organizations (NGOs) and UN agencies in the field. A distribution facilitated by the security situation, which is the best in years, insisted Mr. Griffiths.

The Security Council’s decision in December to facilitate humanitarian aid and gestures of goodwill from Washington for a year helped reassure financial actors, paralyzed by fear of violating sanctions and thus depriving the country of essential liquidity. its operation. Civil servants, teachers and nursing staff have sometimes not been paid for months.

While the international community is still looking for an effective way to put pressure on the Taliban so that they in particular change the way they treat women, very quickly deprived of most of the rights acquired by hard struggle for twenty years, Mr. Grandi explained that this help “Also created a space for dialogue with the Taliban which is very precious”.