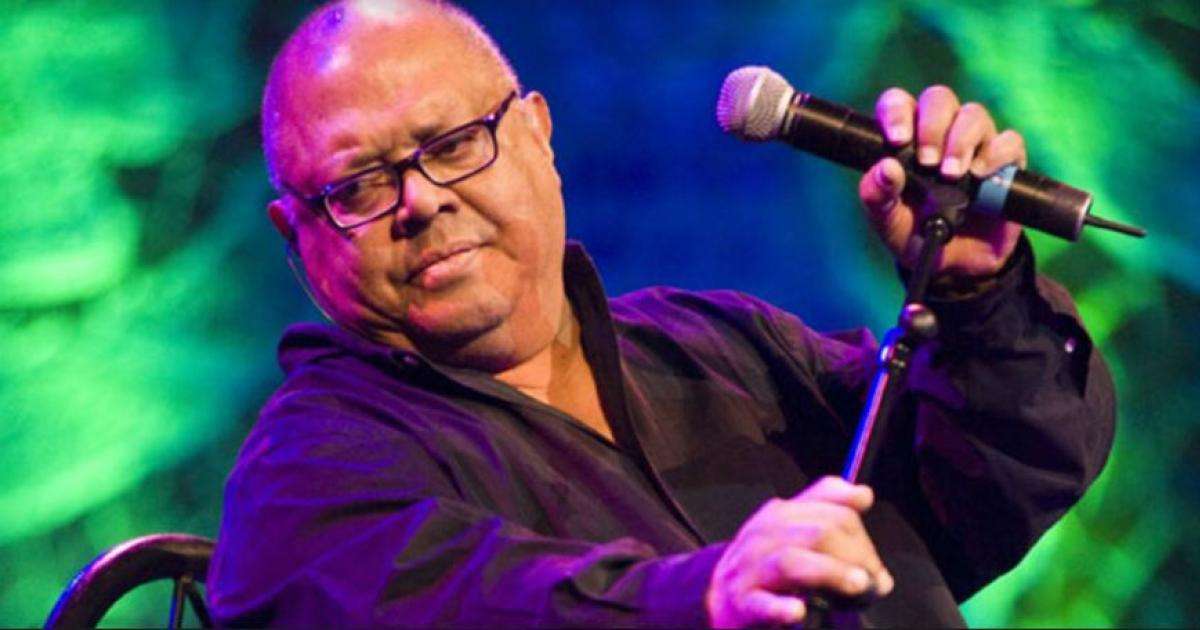 the comedian Ulises Toirac described as “a low, mean and cowardly method” the control over concert tickets that the Cuban singer-songwriter will give at the National Theater Paul Milanes.

“If you fear that an artist will expose his ideas on stage… why do you give it to him? To show him that you can hold him back? It is not a revolutionary measure. It is not a response to the ‘needs of our times’, nor a defense of anything. It is a low, mean and cowardly method, ”the Cuban artist exposed this Thursday on his Facebook profile.

The humorist also pointed out that “taking into account that Pablo Milanés is not only essential but essential for the Cuban Trova, for Cuban music and for Cuban Culture (and with it a total lack of respect for his stature and contributions) the one that fills the lunetario of ‘tickets by organization’, as the director of the National Theater affirms in a video that is out there, is not new water. And it is not just a government ‘protection’ mechanism. It is a tool of intimidation against artists”.

Likewise, Toirac recalled that the same method was applied in 1991 when the film “Alice in Wonderland” premiered, for which “militants and combatants were ‘summoned’ to fill the theaters for the few days that the premiere of that film lasted. The questions raised by his script (from Eduardo del Llano and his also director Daniel Díaz Torres) made the hair of the heights of the time stand on end”.

He added that also “in the special period, boom through the so-called ‘Rapid Response Brigades’, and focused on the work of comedians in the Acapulco Cinema Theater, it was common to reach a group almost completely full of ‘comrades from the Brigades ‘ (which, furthermore, they did not pay)”.

This Wednesday, it transpired the protest of the Cubans who queued since dawn to acquire seats for the next one Pablo Milanes concertat the National Theater in Havana, after the institution allocated a limited number of tickets to the public.

In a video shared on social networks, it was possible to see how a considerable number of people protested in front of a theater official who is forced to give explanations.

Nereida Lopez Labradadirector of the theater, clarified to an outraged crowd that only part of the tickets were intended for the public and the rest will be distributed by organizations.

“We knew that Pablo’s concert was going to bring about this situation, because it is also a single concert (…) A number of tickets were taken out for the public and the other amount was given to organizations,” the official justified.

López Labrada’s arguments provoked a protest and the immediate rejection of those who were there waiting for her entry, who demanded to know the number destined for organizations and tried to talk with the official.

Of the more than 2,000 tickets that correspond to the capacity of the Avellaneda room (2,056, according to the director of the theater), only 300 were sold to the public.

After this incident and knowing that state agencies have most of the tickets, numerous Cubans have asked the singer-songwriter Pablo Milanés to sing to the people in a massive and free concert on June 21.

The announcer Marisela Alfonso Madrigal, in her request to the musician to change the place of her presentation, said that Cubans lose their lives between blackouts, queues, landslides and shortages; however, music has the ability to save the soul.

“I am writing to you in a personal capacity, but I would dare to say that it is the feeling of all of Cuba, do not deprive the people of seeing you and giving you your voice after two years of absence, glad the heart of a dark country with its Days of light, give us hope, we will be eternally grateful,” he added.

Cuban announcer Yunior Morales also sent a message to the troubadour, telling him that the people of the island love his music and art and therefore he should be the one to enjoy the concert.

“The concert, if it cannot be outdoors and for everyone who can attend, should not be manipulated as it is right now,” he emphasized.

Morales added that if most of the people who will attend are officials or leaders, it is best to cancel the concert, “so that there is no bad taste.”

“You are loved, admired, especially for your latest statements. A big hug,” he concluded.

Another message was made by the young Cuban director Manuel Alejandro Rodríguez Yong, who asked the singer-songwriter to do the recital in a space that more people can access.

The independent journalist Manuel de la Cruz paraphrased a fragment of the song “Para vive”, to propose that he cancel the concert and do it outdoors.

“We will besiege any square for you. Freedom, like music and you, have no owners,” he stressed.

Cuban actor Daniel Triana suggested that screens and chairs be placed outside the theater on the day of the concert, as as they did in 2016 when the tenor Plácido Domingo performed in Havana.