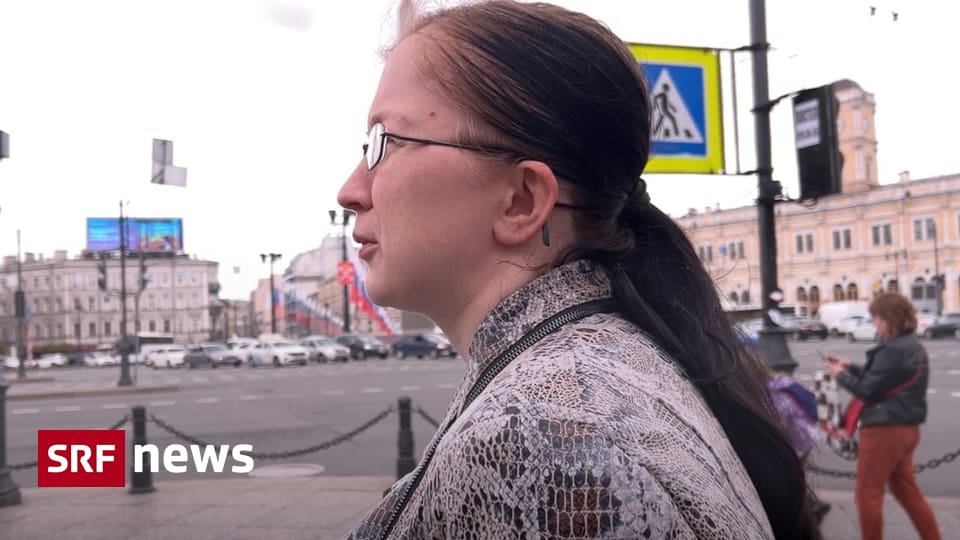 Ukrainian women in Russia – “The war took everything from us” – News

After three months of war, Viktoria and her sister Natali from Mariupol met again in St. Petersburg for the first time. “We were always worried about what was going on with our Wika. You just couldn’t be reached the whole time,” says 43-year-old Natalia.

She glances at her sister next to her, as if she can’t quite believe they’ve found each other. It cannot be taken for granted that her sister is still alive. “The three of them saved my life: the midwife, the anesthetist and the doctor Svetlana Nikolayevna. You have performed a miracle.”

A rescue from rubble

Wiktoria was in the maternity hospital in Mariupol when on March 9 an air bomb was dropped on hospital and maternity hospital number 3. “I was at the epicenter of the impact. Most of the rubble fell on me. Because I was just under the window.”

They couldn’t save the child.

Thanks to the local rescue services and the police in Mariupol, they managed to get her out of the rubble, says Wiktoria: “I was taken to another birthplace with serious injuries. I had many wounds. On hands, legs and stomach. They couldn’t save the child.”

A family under attack

While their unborn child has already died, Wiktoria’s husband knows nothing about the air raid. “The city was cut off from all electricity and internet connections. The day after the aerial bomb was dropped on the clinic, my husband set off. But he never made it to the maternity hospital. On the way, he himself came under fire.”

But he never made it to the maternity hospital. On the way he himself came under fire.

Her husband Vladimir was badly wounded in the leg. He managed to be taken to the nearest hospital with the help of local people. The bleeding could be stopped there, but there were no possibilities to treat him appropriately on site.

The question of responsibility

According to the UN observer mission in Ukraine, the maternity hospital in Mariupol was badly destroyed by the Russian army on March 9. Russian state media circulated false news about alleged war crimes in the days and weeks after the attack.

As Wiktoria is still in Russia, for security reasons she was not asked questions about possible responsibility for the attack on the maternity hospital during the interview. This could negatively affect the security situation of Wiktoria and her relatives.

«The clinic staff said that he had to be taken to Donetsk. Because the tissue started to die off. Only in Donetsk is it possible to carry out a survival-saving amputation. Only there is light, equipment and doctors qualified for it.”

A transfer to Donetsk meant being transferred from the Russian-surrounded Ukrainian city of Mariupol to territory of Ukraine that had been under Russian control for years. However, Vladimir did not face a real choice. As it turned out later, the amputation was not done very professionally and was carried out too high up the leg.

While Vladimir’s left leg was amputated in Donetsk, Viktoria lay in the basement of the maternity hospital, where she had been evacuated. She thought that her relatives were in Mariupol. By this time, however, she was already alone in the city.

All my life I have wanted and dreamed of having a child. Suddenly everything is lost.

Wiktoria mourns the loss of the child during the ongoing danger from the shelling of the Russian army: «All my life I have wanted and dreamed of a child. Suddenly everything is lost.”

When the Russian army has almost completely taken control of the city, Wiktoria learns of her husband’s fate. “It is very difficult for a man of his young age. You still have so much ahead of you.” She is trying with all her strength to get to her husband in Donetsk. They are finally reunited there, but the medical help proves to be insufficient.

Volunteers from St. Petersburg help Viktoria and Vladimir to travel from Donetsk to St. Petersburg. Wladimir has to be driven directly from the train station to the hospital. Because in the meantime he has contracted meningitis. During the journey he had a high fever almost continuously.

The meningitis is brought under control in the hospital in St. Petersburg. But the hospital does not specialize in amputations, and all medical facilities in Russia that can help are overcrowded by Russian soldiers these weeks.

Together in the dead end

Like many Ukrainians, they don’t know what will happen to them at the moment. In Russia they seem to have reached an impasse from which there is no easy escape.

But the sisters want to stay together: “We’ve lived close to each other all our lives,” says Wiktoria. “The whole time. Even when Wiktoria was married, she still came to visit every week, so this separation was particularly difficult for us. All the relatives were with me, but not her.” They now spend every free minute together in St. Petersburg. And they hope that Wiktoria’s husband will be released from the hospital as soon as possible and that they will find a way to have him treated in other European countries.