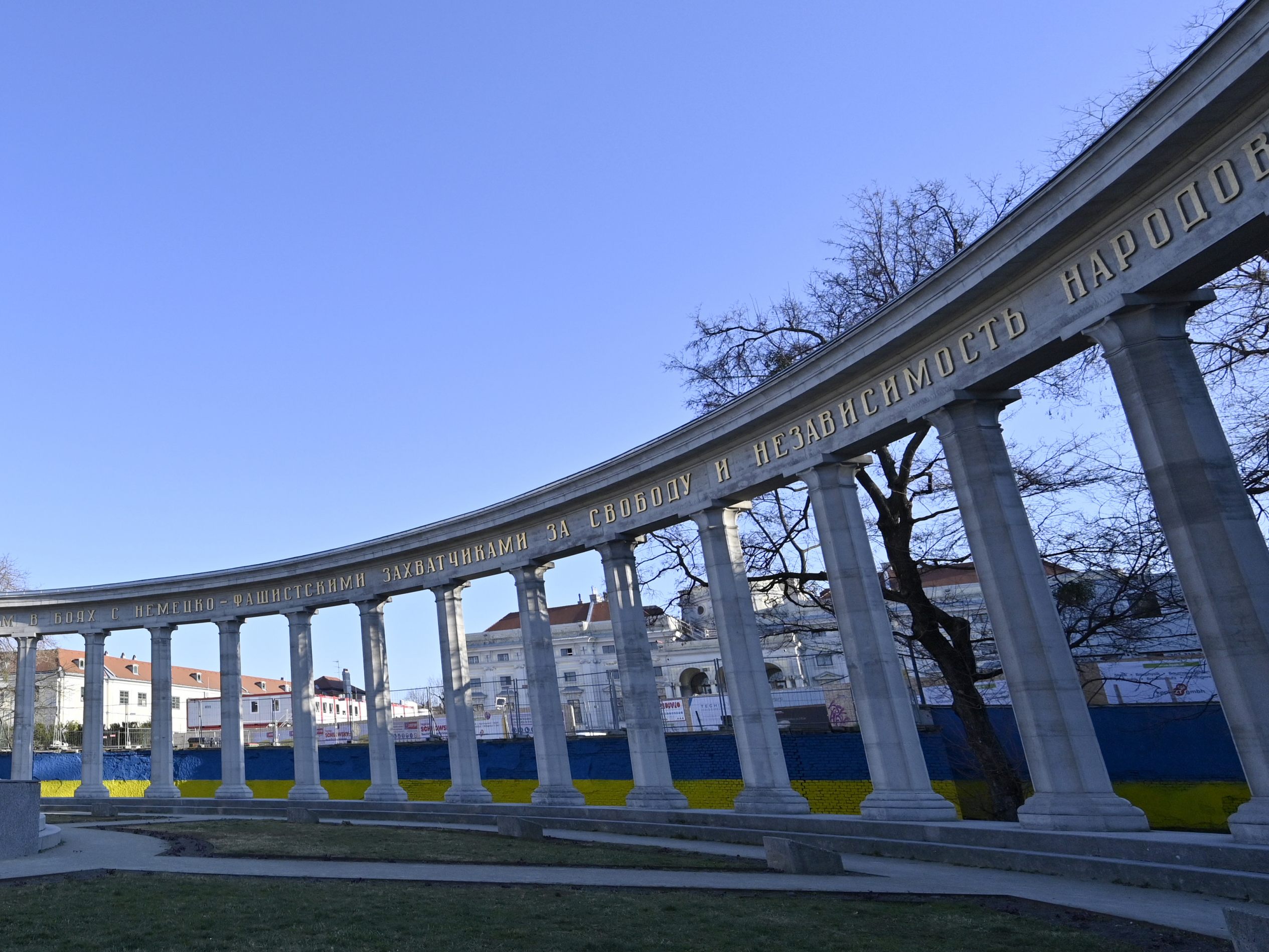 
The Ukrainian community remembered the end of the World War at a demo at Schwarzenbergplatz in Vienna.
©APA/HANS PUNZ (Symbolbild)

77 years have passed since the end of World War II. The Ukrainian community and guest speakers from Austria commemorated this end at a demo on Schwarzenbergplatz in Vienna on Sunday.

In line with a speech by President Volodymyr Zelenskyy published on Sunday, they also drew parallels to the current war in Ukraine.

“During the Second World War, unfortunately, many Austrians committed numerous war crimes in Ukraine as part of the Wehrmacht and SS units,” said former Czech Foreign Minister Karel Schwarzenberg in a speech pre-recorded for the demonstration. Today we have the opportunity to pay off this debt of fathers and grandfathers, he said and pleaded for generosity. One should help Ukraine and the Ukrainians where possible, said the ex-politician. Schwarzenberg’s son Johannes had a wall behind the Soviet heroes’ monument on Schwarzenbergplatz painted in the Ukrainian national colors shortly after the current outbreak of war.

Ukrainian Ambassador: Not easy to find the right words

It is not easy for him to find the right words, emphasized the Ukrainian ambassador to Austria, Wassyl Chymynez (Vasyl Khymynets), who spoke to around 200 people after the presentation of President Zelenskyj’s speech on the end of the war published on Sunday at Schwarzenbergplatz. Chymynets, referring to Zelenskyy, reminded that on February 24, 2022 Russia removed the word “Never” from the slogan “Never again!” deleted.

“After the aggression against Ukraine and after serious war crimes against the Ukrainian people, Russia no longer has the right to hide behind the merits of ancestors who defeated Hitler and call themselves successors,” Chymynez said. He described National Socialism and the ideology of Vladimir Putin’s regime, recently sometimes referred to as “racism”, as inhuman. However, the dictatorial regimes underestimated the strong will of the people to fight for freedom, he explained, referring to the Ukrainians in World War II and in the current war against Russia.

The ÖVP member of parliament Martin Engelberg also expressed his support for Ukraine, who also referred to the close historical ties between Ukraine and Austria on the basis of his own family history. The politician said his mother came from Lemberg, now Lviv.

With his demand, he sees himself “totally in line with the party line,” emphasized the ÖVP politician, who, however, did not want to name any specific deadlines for such an accession. The technical details are a matter for the foreign minister, he explained, but what is important is the commitment to supporting Ukraine as much as possible so that it can become part of the European Union.

The Ukrainian community will continue their demonstration at Schwarzenbergplatz on Monday. The site with the Soviet heroes’ monument had traditionally been used by the Russian community for commemorative events on May 9, the Soviet “Victory Day”. Due to the occupancy of the square, Russian associations will hold their demonstration at Stephansplatz in 2022, which was planned for the early evening of May 9th.