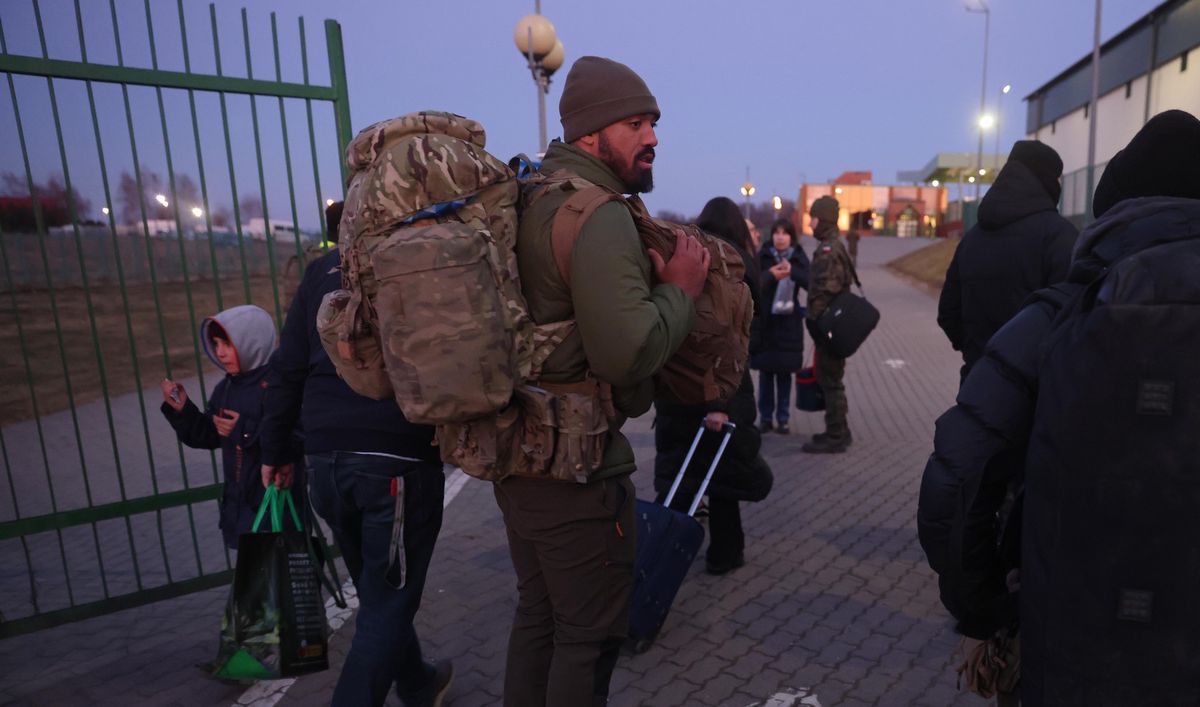 16,000 volunteer fighters around the world gave up their jobs and their families and followed a call from Ukrainian President Zelensky to fight against the Russians. Not much is said to be left of the ragtag army at the moment.

Scores of foreign fighters who volunteered to fight the Russians in Ukraine have already begun to leave the country. Most are unprepared for the brutal reality of war.

On February 26, Ukrainian President Volodymyr Zelensky called on volunteer fighters worldwide to join the resistance against the Russian invasion. Zelensky explained that the Ukrainian military was in the process of setting up a foreign legion. In the days that followed, around 16,000 foreigners from more than 50 countries – including Germany, Canada, Great Britain, Sweden and the USA – registered for voluntary service.

No guns, no training, bad organization

When the Russian military attacked a military training area near Ukraine’s border with Poland last Sunday, the situation for many foreign fighters changed. According to Moscow, up to 180 foreign mercenaries were killed in the attack and a large number of weapons supplied from abroad were destroyed.

After the attack, the fighters who survived complained about poor organization, a lack of weapons and training, and onerous contracts with the Ukrainian government that oblige them to serve for years. Many were made “false promises,” accuse the foreigners.

Russians knew exactly where the foreigners were

“It was pure hell – fire, screams, panic. And a lot more bombs and rockets,” Swedish volunteer Jesper Söder described the attack to the AP news agency. He then led a group of Scandinavians, British and Americans out of the base and across the Polish border. Söder and five other Swedes are now back in their homeland, as can be seen from Söder’s last Facebook post.

Most of the captured fighters have since been released, killed or wounded, writes the US magazine Task & Purpose, which deals with military issues. “The plan to set up a Ukrainian Foreign Legion is definitely not going well,” said former US Marine Andrew Milburn.

“We should only take in experienced war veterans,” said a Ukrainian general who wanted to remain anonymous to “Task & Purpose”. “The others don’t know what they’re getting into – and when they find out, they want to go home. We need specialized forces – especially snipers.”

“The Russians have fighter planes, you have nothing”

However, according to some ex-fighters, the problem isn’t just their inexperience. British volunteers told British newspaper The Telegraph that they were concerned about the chaotic nature of the operation by Ukrainian forces.

Carl Walsh, from Wales, and Ollie Funnell, from East Sussex, claim they received advance assurance from officials in Kyiv that they could join the international brigade as paramedics. However, when the men arrived at the base, they were told they would instead be sent to fight for the Ukrainian capital after just 48 hours of training – despite having no military background. Walsh, 50, a former military medic, said: “They didn’t even have guns in storage for us to train with.”

On the Reddit forum “Volunteers for Ukraine,” a user recently warned others to “think twice” before volunteering because “the situation absolutely sucks.” Anyone who joins the legion of foreign fighters must be aware of “how bad it will be in Kyiv.” In addition, “you must know that the Russians have fighter planes and you have next to nothing”. The user speaks of a possible “end of the foreign legion”.

In the hours leading up to the missile attack, Russian intelligence picked up around 12 to 14 British phone numbers. Cell phone numbers become “visible” to special monitoring software as soon as a device pings a nearby telephone pole to establish a connection to the network.

“As soon as Moscow sensed the British presence on the base, it probably ordered the attack,” a source told the Telegraph. The attack on the Yavoriv military base near Lviv highlights the risks British recruits face if they travel to the war zone and are not careful with their electronic devices, the source said.

See also  In Libya, Gaddafi's son was released, he immediately left the country