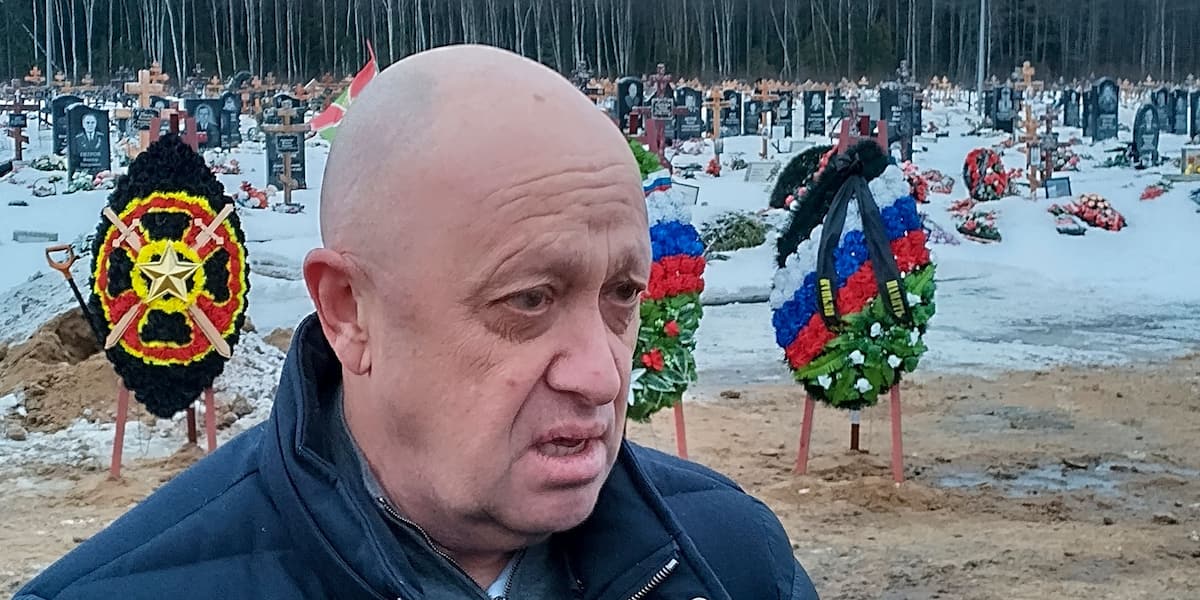 Ukraine war boss whines about criticism of his 'brave' fighters

After the federal government’s Leopard yes, the USA now want to deliver Abrams tanks. It should be around 30 to 50 pieces. Wagner boss Prigozchin complains about the negative portrayal of his fighters. All the latest news on the Ukraine war can be found in the Newsticker.

In a letter, the Wagner boss complains about the negative portrayal of his fighters

06:37: In a letter to Telegram, Wagner boss Yevgeny Prigozhin complained about the negative portrayal of his convicts. He calls for a ban on this criticism, in which the mercenaries are described, among other things, as “villains and criminals”.

“A large number of volunteers are involved in a special military operation, including ex-convicts,” writes Prigozhin, praising the fighters as “brave, worthy and effective.” The whole country is proud of the fighters, “but there are individual media, bloggers and telegram channels that openly discredit the volunteers”.

He is particularly annoyed that these media are specifically looking for and publishing negative information about volunteers, about “people who give their lives for us”. They, “who risk their lives every day and die for their fatherland in the most dangerous sections of the front, are portrayed as ‘second-class people’,” the Wagner boss rumbles and demands a second chance for his mercenaries, who were previously prisoners.

His conclusion: “Obviously, the activities of the media and opinion leaders mentioned are helping the enemies of the state.” The aim is to create a negative public attitude towards the most successful units “and to weaken them through condemnation by civil society. Such practices must be resolutely suppressed in order to strengthen our society against external threats to Russia.”

To that end, Prigozhin calls for the expansion of Article 280.5 to prevent negative reporting of volunteers at war “while defending the Russian Federation and its citizens.” Anyone who then reports negatively about their troops should go to prison.

05.04: Ukrainian President Volodymyr Zelenskyy also asked his country’s allies for long-range missiles and warplanes on Wednesday evening. Apparently, Germany has also received a request from a European state to approve the delivery of cluster munitions.

On the day that Germany and the United States promised to supply main battle tanks, Zelenskyy said in his nightly video speech: “The more support our heroes at the front receive from the world, the faster Russian aggression will end.” It is important that the West also “launch the delivery of long-range missiles”. Kyiv and its allies should also “expand our artillery cooperation” and allow “combat aircraft to be deployed.”

See also  Call: Tell us about your experiences as a refugee in Switzerland

The Ukrainian head of state expressly thanked Chancellor Olaf Scholz (SPD) and US President Joe Biden for their commitment to supply heavy battle tanks. These would now have to be made available quickly and in sufficient quantities. “Now it’s a matter of speed and quantity.” After much hesitation, Germany and the USA announced on Wednesday that they would be supplying heavy battle tanks to Ukraine. This should enable Kyiv to launch a counter-offensive to liberate Russian-held Ukrainian territory.

In order to strengthen the Ukrainian troops, a European country apparently wants to make cluster munitions available – and ask Germany for a delivery permit. His country wants to deliver the controversial ammunition to Kyiv, an official of the country said in Washington. His government has already decided on the delivery and now wants to ask for Germany’s approval for its participation in production. A decision by the federal government will probably take some time, the representative admitted. He expressly wanted to remain anonymous and not have the name of his country mentioned.

Cluster munitions are banned internationally because they can indiscriminately kill or injure people. Russia is accused of using cluster munitions in its war of aggression in Ukraine.

The representative of the European country said about his government’s delivery plans that cluster munitions had now been technically developed “and the collateral damage is no longer as great” as, for example, in the 1940s and 1950s. Neither Russia nor Ukraine are among the 110 or so signatories to an international convention banning the use, transport, production and storage of cluster bombs.

03.02: A European country apparently wants to make cluster munitions available to Ukraine – and ask Germany for a delivery permit. His country wants to deliver the controversial ammunition to Kyiv, an official from a European country said in Washington on Wednesday. His government has already decided on the delivery and now wants to seek approval from Germany for its participation in production. The representative wanted to remain anonymous and did not want the name of his country to be given.

Cluster munitions are internationally banned. It releases dozens of smaller explosive devices into the air that spread over an area of ​​hundreds of square meters, indiscriminately killing or injuring people. Russia is accused of using cluster munitions in its war of aggression in Ukraine.

Regarding his government’s delivery plan, the representative of the European country said that obtaining approval from Germany would probably take some time. He argued that cluster munitions had meanwhile been technically further developed “and the collateral damage was no longer as great” as, for example, in the 1940s and 1950s.

Neither Russia nor Ukraine are among the 110 or so signatories to an international convention banning the use, transport, production and storage of cluster bombs.

01:19: Russia has sharply criticized Unesco’s decision to declare the old town of the Ukrainian port city of Odessa a World Heritage Site in Danger. This step was “politically motivated,” said the Foreign Ministry in Moscow on Wednesday evening. A group of Western countries forced the decision. “It was hastily prepared and disregarded the actually high standards of UNESCO,” criticized the Russian Foreign Ministry.

On Wednesday, UNESCO added the old town of Odessa to the list of endangered world heritage sites, which means, among other things, better access to technical and financial support. “Odessa, a free city, a cosmopolitan city with a famous port that has shaped films, literature and the arts, is now under the increased protection of the international community,” said UNESCO Secretary-General Audrey Azoulay.

Russia had tried in vain to prevent the Black Sea city from being included in the list. The Russian representative argued, among other things, that the application for admission was copied from Wikipedia. In addition, Ukraine itself destroyed buildings in Odessa. The city has been bombed several times since the start of the Russian war of aggression in Ukraine, but has largely survived.

Slovakia rules out giving up Leopard tanks to Ukraine

January 26, 12:14 am: Slovakia is not ready to give up Leopard tanks in favor of Ukraine. The agreement with Germany that the promised Leopard 2A4 would be delivered to Slovakia still applies, Slovakian Defense Minister Jaroslav Nad told the TASR news agency on Wednesday. According to this agreement, a Leopard tank was handed over to Slovakia by then Defense Minister Christine Lambrecht in December, with 14 more to be delivered by the end of 2023.

As part of a ring exchange, they will replace the 30 BMP-1 infantry fighting vehicles that Slovakia has already ceded to Ukraine. In order to help Ukraine, Slovakia is ready to talk about handing over its Soviet-designed T-72 tanks. However, you have to get a suitable replacement for it. The Leopard tanks, on the other hand, are themselves replacements for equipment that has been sold and are therefore indispensable.

3:35 p.m.: A court in the Russian capital has ordered the Moscow Helsinki Group, a human rights organization founded in Soviet times, to be shut down. Judge Mikhail Kazakov decided on Wednesday in the Moscow City Court that the Russian Ministry of Justice’s request for liquidation would be granted. Founded in 1976, the Helsinki Group is the country’s oldest civil rights organization; she announced that she would appeal the court’s decision.

The Russian courts are considered controlled by the Kremlin, which is why the decision was expected. Many non-governmental organizations (NGOs) complain about political persecution by the Russian judiciary. The Ministry of Justice had accused the Helsinki group of illegal activities outside the Moscow region, such as being present at trials in other parts of the country.

The Moscow Helsinki Group was formed in 1976 shortly after the Conference on Security and Cooperation (CSCE) when the Soviet delegation signed the Helsinki Final Act. In Soviet times, however, the group was persecuted. Only later did the official pressure ease off.

The prominent human rights activist Lyudmila Alexeyeva was the chair of the NGO until her death in 2018. In recent years, however, as in the case of other civil rights associations, the pressure on this oldest human rights organization in Russia has increased again.