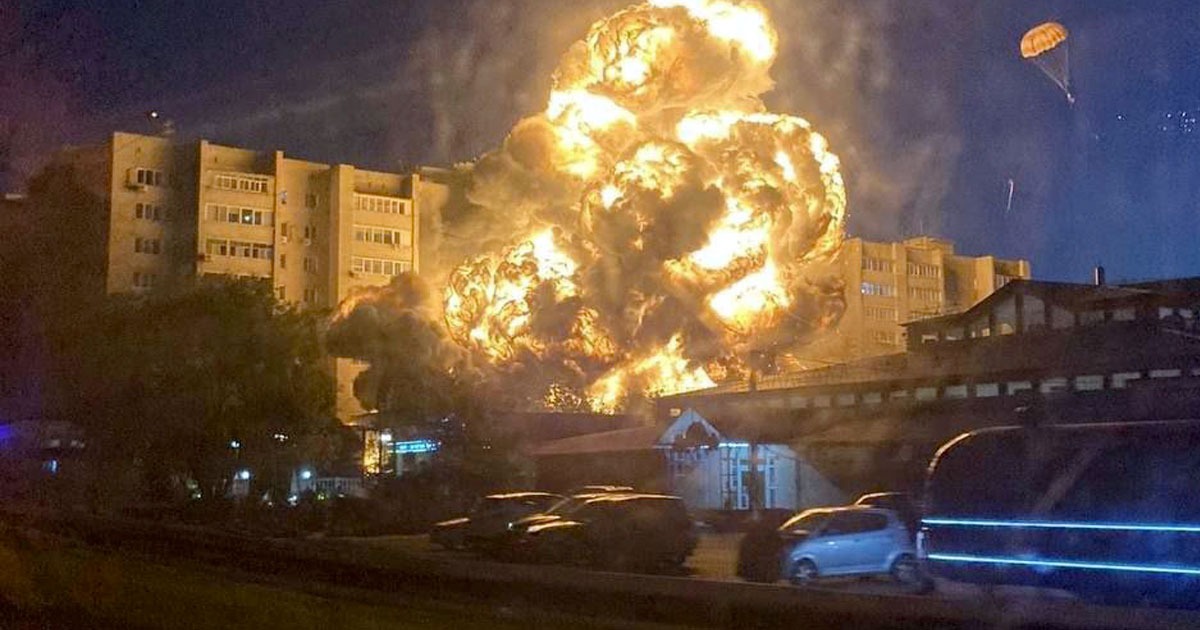 Russian Yet on a palace in Yesyk: at least 5 dead and 6 missing

And you 5 dead and 6 missing according to local rescue services, the latest toll from the crash of a Su-34 aircraft in the courtyard of a residential building is a Yeyskin the region of Krasnodar, in Russia. Interfax reports it. The injured are 25, according to the emergency ministry which was informed by the Bag. Meanwhile, the fire that broke out after the plane crashed on the Residential building.

Two deaths from the plane crash in Yeysk

The death toll from the crash of a Russian Su-34 military jet into a building in the Russian city of Yeysk, on the Sea of ​​Azov, is two dead and 15 injured. This was reported by the Russian Ministry of Emergency Situations, cited by the Ria Novosti agency.

US threatens sanctions over Iranian drones

The US is threatening to sanction all people linked to the use of Iranian drones in the war in Ukraine, after the latest raids on Kiev. “Anyone who is in business with Iran and has any connection with UAVs (unmanned aerial vehicles, ed) or with ballistic missile developments or the flow of weapons from Iran to Russia should be very careful,” Vedant Patel warned. , spokesman for the US State Department. “The US will not hesitate to use sanctions or take action against those responsible,” he added.

The Russian fighter plane that allegedly crashed into a building in the Russian city of Yeysk due to engine failure was “carrying ammunition”. Anton Gerashchenko, adviser to the Ukrainian interior minister, writes on Twitter that “at least one person died and several were hospitalized”. “Russian weapons fell on Russian heads when they were on their way to kill Ukrainians. Will it make them think and protest against the war? ”Added Gerashchenko.

A military plane crashed into a nine-story residential building in Yeysk, in southern Russia, near the Ukrainian border. Firefighters and ambulances arrived at the scene, as reported by some witnesses to Tass.

Russia is sending up to 9,000 troops and hundreds of units of equipment to Belarus. This was confirmed by the head of the Department of International Military Cooperation of the Ministry of Defense of Minsk, Valery Revenko, according to which the country also expects the arrival of about 170 tanks, 200 armored combat vehicles and artillery pieces. Russian President Vladimir Putin and Belarusian leader Alexander Lukashenko announced in recent days the creation of a joint military unit to defend against possible attacks by the West.

“We are closely following the issue of Iran’s alleged supply of drones to Russia: we are gathering evidence and are ready to respond with the means at our disposal.” This was said by the high representative of the EU’s foreign policy Josep Borrell at the end of the EU foreign affairs council.

Borrell: “The EU’s priority is to help Ukraine”

“Today, the priority of the European Union is to help Ukraine defend itself against the aggression of Russia.” This was said by the high representative of the EU’s foreign policy Josep Borrell at the end of the EU foreign affairs council.

The group of regional forces began its deployment to defend the Russia-Belarus state of the Union. This was reported by Belarusian Defense Minister Viktor Khrenin, as reported by Tass. “The regional group of Belarusian and Russian troops and forces has started its deployment and the fulfillment of its tasks for the armed defense of the State of the Union,” the head of defense told the BelTA agency.