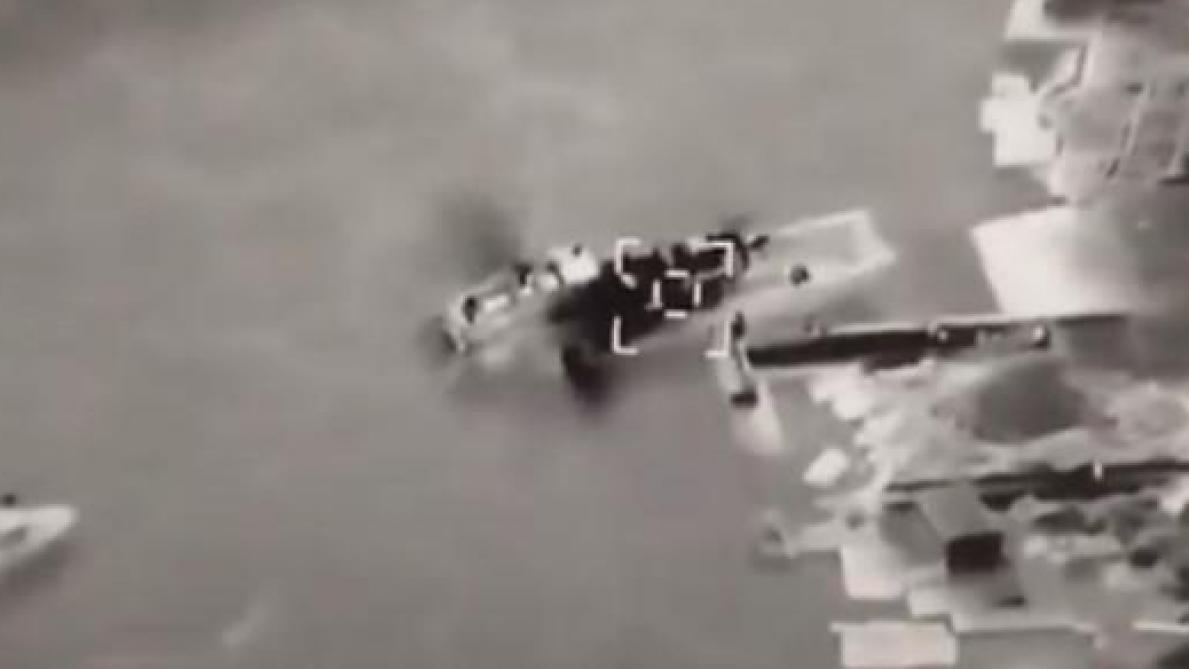 Ukraine claims to have destroyed another Russian warship (video)


LUkraine claimed on Saturday that it destroyed a Russian landing ship near the small Snake Island in the Black Sea, which has become a symbol of Ukrainian resistance to the Russian invasion launched at the end of February.

A Bayraktar TB2 combat drone, developed in Turkey, “hit a landing ship of the 11770 Serna project as well as two Tor-type surface-to-air missile systems”, the Ukrainian navy said on Facebook, without specifying the date.

“The traditional parade of the Russian fleet on May 9 this year will take place near Serpents’ Island, at the bottom of the sea,” quipped the Ukrainian Ministry of Defense on Twitter.

Moscow did not confirm the information on its side.

On videos published by the Ukrainian army, we can see in particular a ship anchored near a quay hit by an explosion then ravaged by flames and spreading a large plume of smoke.

26 meters long, the Serna belongs to a class of fast Russian landing craft with a payload capacity of 45 tonnes. It is armed with 7.62 mm caliber machine guns and Igla missile launchers and was designed for landing combat vehicles, as well as assault units.

In mid-April, the Russian flagship Moskva sank in the Black Sea after having, according to kyiv and Washington, been hit by Ukrainian missiles. Moscow had claimed for its part that it had been damaged by an explosion on board.

Serpents’ Island has become a symbol in Ukraine since a radio exchange, which went viral on social networks, in which, on the first day of the conflict, Ukrainian border guards shouted “Fuck you, Russian military ship!” to the Russian cruiser, the Moskva, which urged them to surrender.