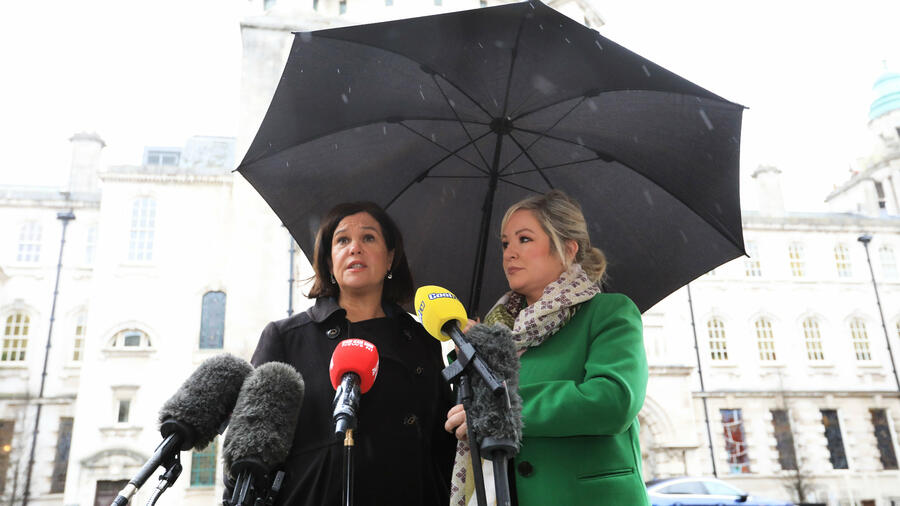 The London-loyal DUP is refusing to cooperate and pushing for a change to the Northern Ireland Protocol. Sinn Fein wants to hold a referendum on reunification before the end of this decade.

London Eight months after the regional elections in Northern Ireland, there is still no prospect of forming a government in Belfast. In all probability, another deadline set by London will expire on Friday, by which the parties in the province must come to an agreement. The reason for the blockade is the refusal of the London-loyal Democratic Unionist Party (DUP) to agree to a government under the nationalist Sinn Fein party. The political successor organization to the Irish Republican Army (IRA) became the strongest force in Northern Ireland for the first time in May 2022.

Northern Ireland Secretary Chris Heaton-Harris is expected to push back the deadline again to give more time for a political solution. “If no executive is formed today, I am legally bound to hold new elections within the next 12 weeks.”the minister tweeted.

However, he will first use the next few weeks to carefully examine all options for further action. The Tory politician had already extended the legal deadline in December and would now have to ask the House of Commons in London for approval again. The DUP justifies its blockade with the unresolved dispute over the Northern Ireland Protocol between London and Brussels.

DUP leader Jeffrey Donaldson said: “We have reminded both sides that progress in Northern Ireland will only ever be made if both unionists and nationalists support it.”

The unionists fear that they will be politically decoupled from Great Britain if Northern Ireland remains in the EU internal market, as agreed in the protocol. The conservative government in London supports the DUP and is urging the EU to significantly relax the customs controls provided for in the protocol.

“We will aim for a referendum within this decade”

Brussels and London are currently intensively negotiating a solution and recently agreed to exchange data on the flow of goods between Northern Ireland and the rest of Great Britain.

Sinn Fein Chairwoman Mary Lou MacDonald said in London: “All the elements for a solution are on the table. Now it’s about getting rid of the problem.” The DUP is only hiding behind the dispute over the Northern Ireland Protocol, but in reality wants to prevent a government led by Sinn Fein. The nationalists fear that the central government in London could effectively regain political power in Northern Ireland as a result of the blockade.

In the Good Friday Agreement of 1998, the former civil war parties agreed on power-sharing in Belfast. Therefore, no new government can be formed without the consent of the respective opposition. The peace deal turns 25 this year, and US President Joe Biden is urging Brussels and London to settle their dispute over trade by then.

See also  UK: The chaotic past is catching up with Prime Minister Sunak

A remaining obstacle is the future role of the European Court of Justice (ECJ), which normally regulates all legal disputes in the EU internal market. However, after leaving the community, the British see this as a restriction of their sovereignty and are demanding an alternative arbitration procedure. Both sides are currently exploring whether an independent arbitral tribunal could be set up alongside the ECJ.

According to MacDonald, Brexit has also given renewed impetus to efforts to reunite the two parts of Ireland. This would require a referendum on both sides of the Irish border.

“We will seek a referendum within this decade,” the Sinn Fein leader said. According to opinion polls, your party is now also the strongest political force in the Republic of Ireland.

More: London and Brussels are getting closer in the Northern Ireland dispute