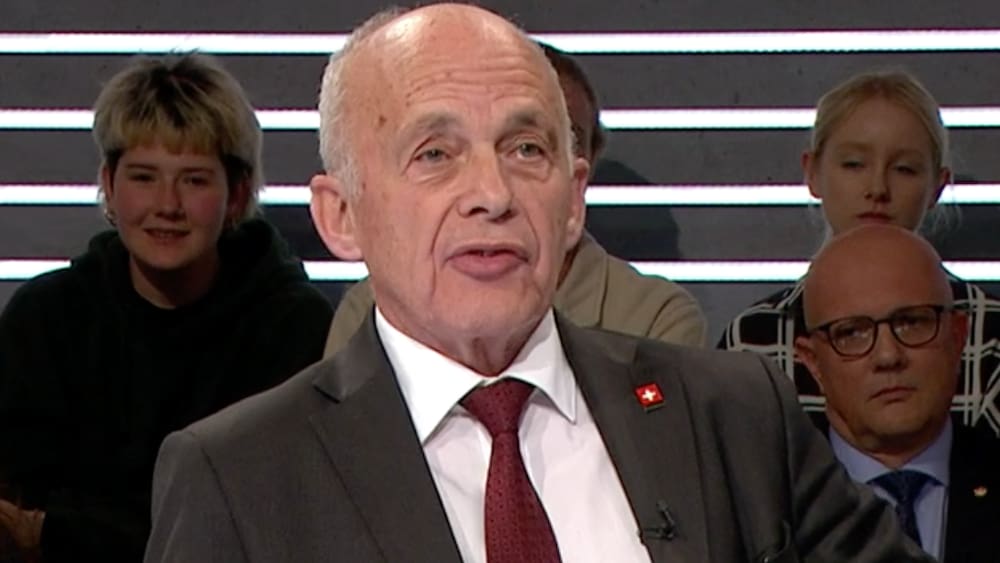 In two weeks, Switzerland will vote on the Frontex referendum initiated by the left. The EU’s border protection agency, Frontex, is to be expanded. As a Schengen country, Switzerland must contribute to the financing.

Since the border protection agency is repeatedly associated with human rights violations, the left resist it.

The referendum was hotly debated in the SRF “Arena” on Friday evening. While the left spoke out strongly against the expansion of Frontex, the responsible SVP Federal Councilor Ueli Maurer (71) campaigned for it.

How to respond to human rights violations?

The Minister of Finance admitted that there were problems with Frontex – “and there may be,” as GLP National Councilor Tiana Moser (43) added, who stood by Maurer in the “Arena”. After all, director Fabrice Leggeri had resigned just a few hours earlier.

However, Maurer’s main argument was that the problems will not be solved by Switzerland withdrawing from the agreement. Leggeri’s resignation shows that the system works and that the organization is capable of acting. As far as human rights violations are concerned, Maurer says: “That’s why we want to increase the staff and offer better resources.” This also creates legal certainty for arriving people. If Frontex votes in favour, Switzerland will be committed to legal certainty, human rights and investing in the protection of fundamental rights.

The other side, on the other hand, could not gain much from this optimism. “Frontex kills people,” said Saeed Farkhondeh, a member of the referendum committee. Green National Councilor Sibel Arslan (41) says that an organization that disregards human rights should not be granted an increase. “We have to protect people from this agency.”

Philippe Blanc of the referendum committee blows the same trumpet. Frontex used violence against refugees, wanted by Switzerland and the EU, said Blanc, who, to the astonishment of those present, switched to High German in order to address those affected directly.

Dispute over Frontex template: That’s what Molina and Moser have to tell each other(02:12)

Maurer once against Schengen accession

What is interesting about the constellation of this “arena”: Ueli Maurer, who once fought as a member of parliament against Schengen accession, now argued as a Federal Councilor that he should remain in this association. Maurer alluded to possible consequences: “If we say no, we are out of Schengen.”

When Switzerland joined, it agreed to support any enlargement. If you don’t stick to it, an automatism will come into force and Switzerland will drop out of the agreement in 90 days. This can only be prevented if all remaining states vote unanimously for Switzerland to remain. Maurer describes the agreement as a “good solution”, but criticizes the automatism.

For SP National Councilor Min Li Marti (47) this does not exist. “There is plenty of room for maneuver domestically,” she said. There were 90 days to come to an agreement with the EU. According to Marti, the SP is not fundamentally opposed to Frontex. The SP does not want to leave Schengen either. But she demands a no so that Parliament can make improvements. Arslan also wants the extra loop in order to “be able to go over the books again.”

Template supporter Tiana Moser, in turn, disagrees. There is no such extra loop. Parliament has already dealt with it, the people now say yes or no to it. “The Federal Council then has to work with the result.” (dzc)

FDP and SVP in dispute: How should Switzerland deal with refugees?(21:48)