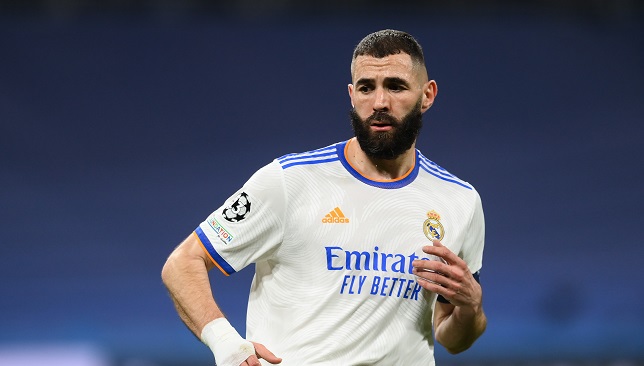 Sport 360 – Real Madrid striker Karim Benzema’s canceled goal in the Champions League final against Liverpool sparked widespread controversy in the media and social networking sites, and many believe that the referee took the wrong decision to cancel the goal for offside.

Real Madrid scored a goal in the last minutes of the first half with the feet of Karim Benzema, but the video referee asked the main referee to cancel the goal, arguing that the French striker was offside when Federico Valverde reached the ball. The good news for the Royal Club is that this decision did not affect the team’s eventual crowning of the Champions League.

And the Spanish newspaper Marca published a report reviewing the interpretation of the European Football Association (UEFA) for the clip that sparked a lot of controversy, and an explanation of the referee’s decision to consider Karim Benzema as an intruder.

And the UEFA Referees Committee cited 3 main points for the Spanish newspaper Marca to explain the reason that prompted the referee to cancel Karim Benzema’s goal, although there is a lot of talk about the shot, because the ball returned to the Real Madrid striker from Fabinho’s feet, and not from Valverde.

** (The difference between touch and play) .. According to UEFA, what made the referee take this decision is the big difference between the concepts of (touching) the ball (and playing). It is enough for the attacker to touch the ball to consider the shot as offside, as for the defender, touch alone is not enough, and there must be an attempt to play a completely new ball.

** UEFA wants to make this point clear to the fans and the media for the future. Namely, the defender must touch the ball and play it fully in a different direction. While the referee considered that the rebound of the ball from Fabinho’s feet after Valverde’s touch was nothing but an attempt by the Brazilian star to prevent the ball from reaching Karim Benzema, and therefore he had no intention of playing the ball. That is why the shot was considered offside, even if Fabinho’s touch came after another touch from Konate.

** UEFA believes that the delay in making the decision for 3 minutes is what made some question the validity of the decision. But he believes that this time was necessary to make sure of the shot, which was not clear enough. The goal scored by Kylian Mbappe in the Nations League final against Spain, when the French striker was standing in an offside position, was referred to, although the goal was awarded.

UEFA explained that the referee’s decision at the time was not correct, because Eric Garcia, Spain’s defender, tried to keep the ball away from Kylian Mbappe, and he was not trying to play the ball to build a new attack. For this reason, the referee of the match between Real Madrid and Liverpool took his entire time to make sure of the shot and not make the same mistake.