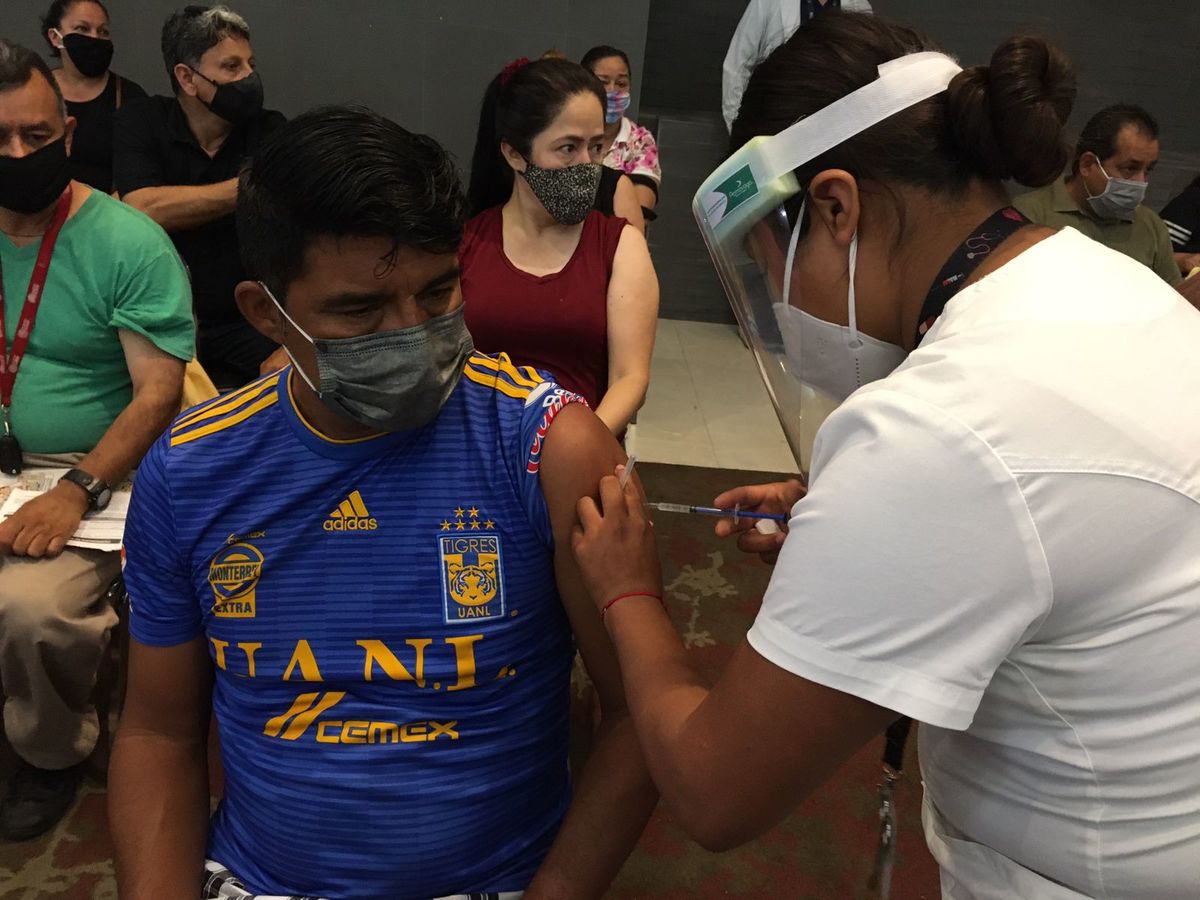 Without any incident in between and with the support of 10 trucks for the transfer of the Metro Hospital station to the Health Unit, this Monday began the vaccination against covid-19 for people between 50 and 59 years old at the Faculty of Medicine of the Autonomous University of Nuevo León (UANL).

The adults who came to the scene were filing through the Dr. Aguirre street entranceThey took their stationery out of a file or bag and showed it to the Servants of the Nation, in charge of ensuring that everything flows normally.

After passing this filter, the men and women walked on the parking lot with their faces raised towards the Regional Center and Health Documentation of the faculty.

At the entrance, they listened attentively to the instructions of the nurses, who easily repeated the information.

First, they entered the basic sanitary filter, walked along a corridor of tables, turned around the model of the UANL Health Unit, and turned to the left again to enter an auditorium and check their stationery.

When health professionals and students validated the documentation, the adults took their things and went to the Multipurpose Room, where everything circulated normally and quite quickly.

Once they had entered, the women and men sat in a waiting module, took a breath and each paid attention to the instructions of the patients who showed the dose of the AstraZeneca vaccine.

Upon being inoculated, they went to the observation module, where a doctor encouraged them and told them all the necessary information, such as not consuming fish or alcohol for a week.

In the observation room guarded by the National Guard, there were Leticia Cárdenas from the Cumbres IV Sector neighborhood; Laura Esquivel from the Estadio subdivision; Lorenzo Cuevas de San Bernabé III Sector; Dora Luz, from San Nicolás, and María Dimas de Fomerrey 109, who agreed that they will not lower their guard.

“I felt very good, in fact, I received a call from Mexico, that is, since the beginning of the morning I am happy. I was confined with all the rules that have been and have been. I’m going to continue taking care of myself because the second is missing, young man, ”Cárdenas commented.

Esquivel of the Stadium division, said to be calm waiting for “what God says”, because he considered that the vaccine is a chance to be abiding by the rules ordered by the health authorities.

While Lorenzo Cuevas said he lost many friends who died from covid-19, while ensuring that being inoculated meant emotional stability.

“You don’t feel anything, everything is calm, I used to go out scared before. To non-believers: come closer, it is so as not to bring mortal consequences, well, that’s what they say … My acquaintances left, “he added.

Last week the Nuevo León Health Secretariat reported that As of May 31, it will place four macro vaccination modules For people over 50 years old or pregnant women, in order to avoid logistics problems.

This is due to the fact that in recent days problems have been reported in schedules, mistreatment, and even the closing hours have had to be extended.

On the Esplanade of Heroes

While in the Esplanade of Heroes, another of the vaccination points, inoculation in adults aged 50 59 years flows in a rapid manner and with large spaces of healthy distance.

People registered to receive the AstraZeneca vaccine They entered walking along Zaragoza Street and were greeted by nurses who explained the directions to them.

Like all the modules available in the municipality of Monterrey, women and men verify stationery, go on to receive the first anticovid-19 dose and later they went to the observation module.

In the so-called waiting room, guarded by more than 20 doctors, Servants of the Nation and military of the Mexican Army, lolder adults enjoyed music waiting to receive the exit ticket.