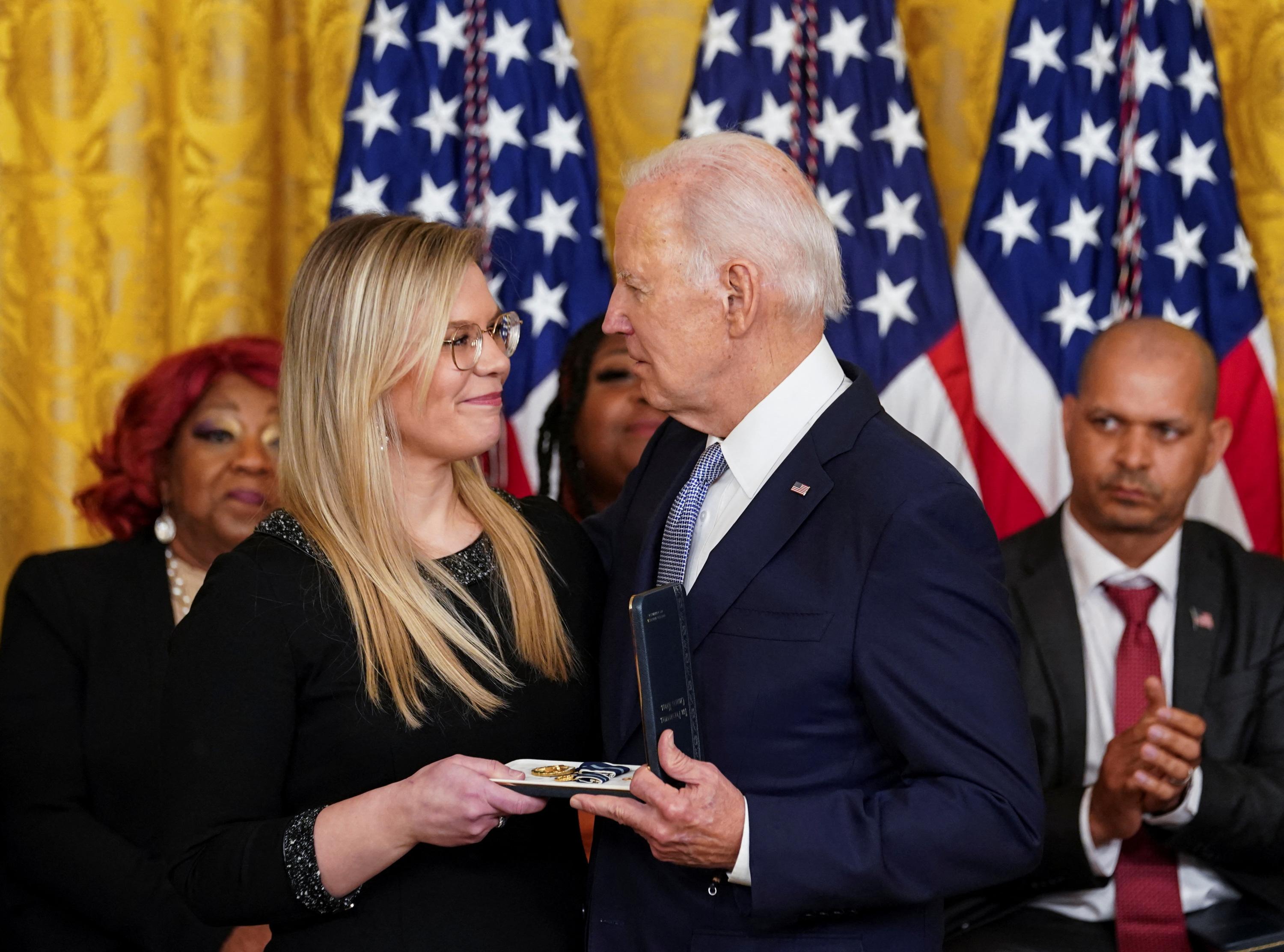 Two years after the assault on the Capitol, Joe Biden estimated on Friday January 6 that there was “no place for political violence” in America, notably by decorating police officers who faced a raging crowd of supporters of former President Donald Trump that day.

While at the same time elected Republicans holding certain ideas similar to those of the attackers of January 6, 2021 were still blocking the election of a speaker of the House of Representatives, the Democratic president declared: “We must say clearly and with one voice that there is no place…in America for voter intimidation. None, ever, for political violence.” “America is a land of law, not chaos”said the 80-year-old Democrat, before greeting the distinguished people on Friday, “a remarkable group of American citizens”.

“History will remember your names”, said the American president before awarding a total of fourteen “Presidential Medals of Citizenship”, one of the highest American civilian honors – including three posthumously. Joe Biden gave it to members of law enforcement whose faces have, for some, become almost familiar to Americans from seeing the staggering images of the invaded Capitol, or because of their striking testimony before a commission of parliamentary inquiry into these events.

The president also decorated elected officials or people responsible for voting operations in several different states, who resisted pressure and threats to try to force them to change the result of the ballot, won by Joe Biden. He greeted “elegance and dignity” families of three posthumously awarded police officers – one, violently attacked during the assault, died of a stroke the following day, while the other two ended their lives afterwards.

See also  Mortgage: is it still time to borrow?

The former girlfriend of the first, Brian Sicknick, filed a civil complaint Thursday against two men who pleaded guilty to the attack. But she is also suing Donald Trump, accused of launching “explicit calls for violence” who put the police “in mortal danger”. She is claiming $10 million from each defendant.