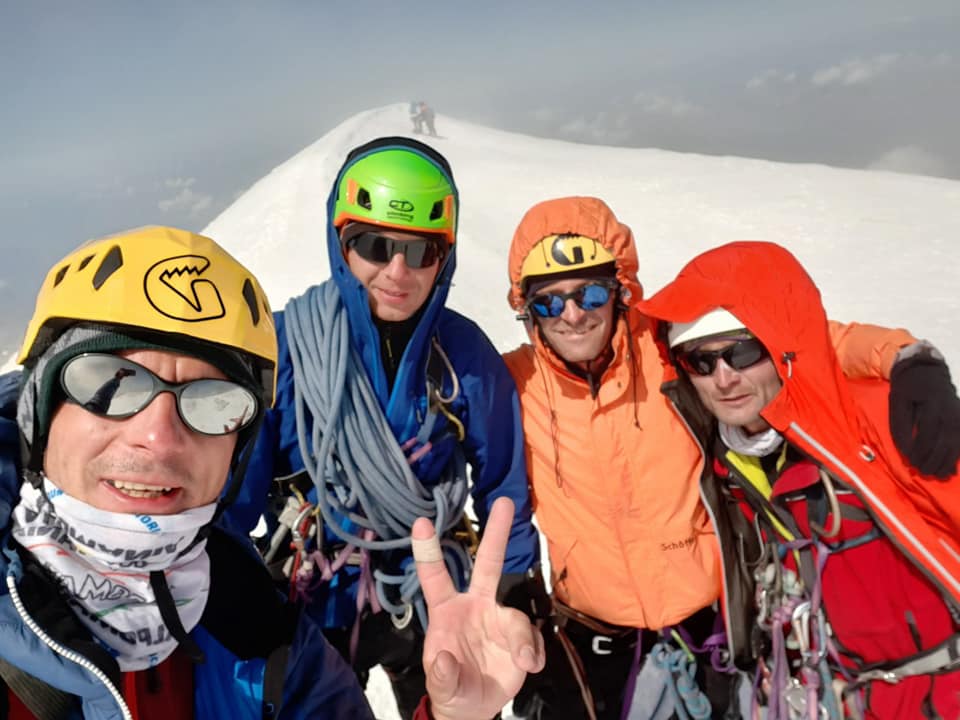 Alexander Zakolodny and Grigory Grigoryev, both 35, died on January 21 near Soledar after a lifetime of climbing and mountaineering. The first of them was Snow Leopard and he participated in the Ukrainian expedition that opened the route in Makalu in 2010.

Nearing a year since the Russian invasion of the Ukraine, sad news keeps coming from the front lines and this time it hits the climbing and mountaineering community squarely. As the Kharkov Alpine Club has reported on networks, Alexander Zakolodny and Grigory Grigoryevtwo of its most famous members lost their lives last Saturday, January 21, near solderin the Donetsk province.

This city has been a strategic stronghold in the war and, after months of stagnation, it was taken by the Russians between January 11 and 12, although the presence of strongholds of Ukrainian soldiers was already reported at various points.

The death of the two Ukrainians – both 35 years old – has motivated a wave of solidarity on social networks. From Ukraine, a support account has been opened for Zakolodny’s wife and daughter.

Alexander Zakolodny and Grigory Grigoryev they were friends since childhood and started climbing together in Jarkov. At the beginning of the Russian invasion, both enlisted at the same time and have shared the evolution of the conflict until their last breath in Soledar.

Alexander Zakolodny he had amassed quite a track record in his years as a mountaineer. He had earned the title of Snow Leopard after climbing the five seven thousand of the Pamirs and the Tian Shan and had participated in several expeditions to eight thousand. Among them, the Ukrainian expedition to the Labels in 2010, which ended up opening a new route on the southwestern slope of the mountain. Zakolodny reached 7,700 meters on his own attempt, which he aborted to accompany his partner Sergei Pugachev on the descent, with symptoms of altitude sickness.

In 2013, Alexander Zakolodny was present at the expedition to the Nanga Parbat which ended in tragedy when a Taliban group launched a terrorist attack on the base camp, killing eleven people. Three of them were Ukrainian colleagues from the Club Alpino Járkov. He was unharmed as the attack occurred while he was coming down from the high altitude camps.

Grigory GrogryevFor his part, he was also in the process of training as a climbing and mountaineering guide. To his work at the Kharkiv City Hall, he added his passion for endurance sports. He ran marathons and participated in cycling and triathlon events.