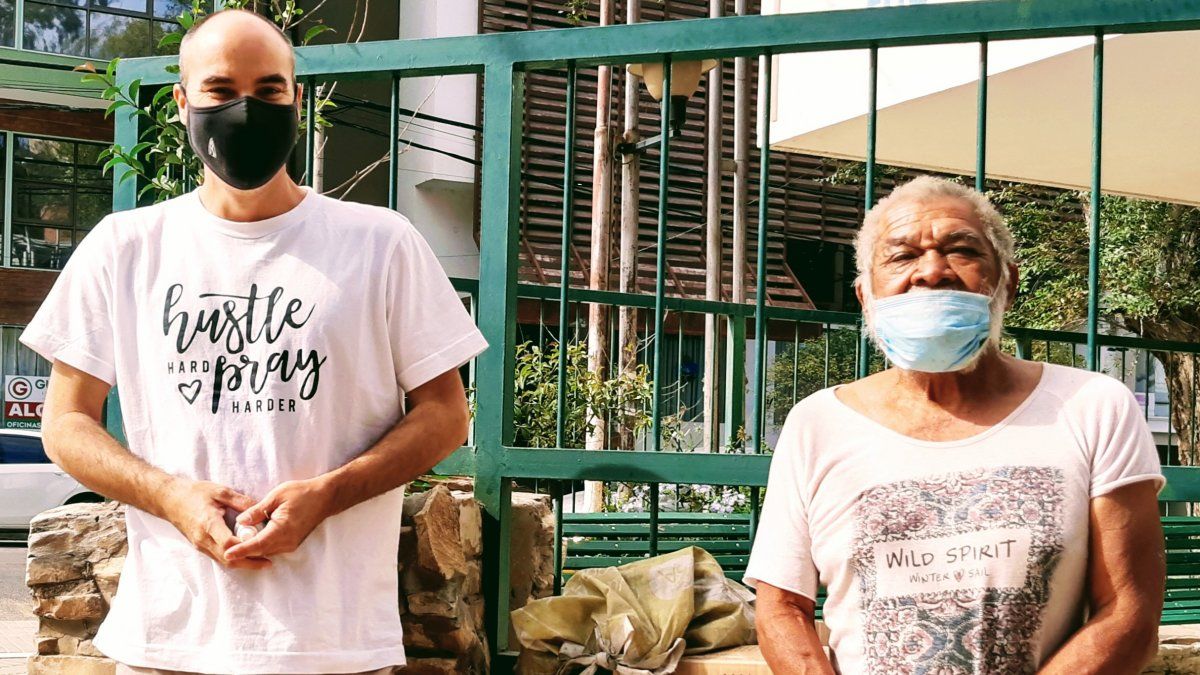 Everyone must think that Jaime does not have friends, that the city despises him or, at least, is indifferent to him. After all, who would want to be friends with a guy who lives on the street, who is crazy, who is a drunkard and who has few moments of the day when he is in a good mood?

Jaime is the linyera best known of the city of Neuquén. In effect, he does not have a fixed place to live. He roams the streets, eats what they give him or what he finds in the garbage and sleeps in the place that serves to protect him from the weather, especially in the winter.

Get help from time to time. There are those who feel sorry for him when they see him and give him some food, money or clothes, they cut his hair and beard when he leaves it and they leave him again in his freedom and in his absolute solitude.

It is impossible to think that Jaime could have a friend with all the commitments that the word friendship encloses. But incredibly it does. His name is Ivan Kupczyszyn, a doctor Gastroenterologist who, in addition to curing people, also takes care and worries about helping those who have nothing, but not only with material issues, but also with small actions that make people feel like more people.

Who is not comforted with a strong and heartfelt hug, with a talk without limited time or commitment or with the mere fact of knowing that someone is caring for you?

Iván is 47 years old, he is a native of Misiones, but he became a Neuquén by adoption since 2007. In this city he decided to start a family. She works at the San Agustín Clinic and in her spare time (before the pandemic) she performed solidarity magic shows in picnic areas and dining rooms in the poorest neighborhoods. He is undoubtedly a man of solidarity, one of those anonymous types who demonstrate their sensitivity through actions and not rhetoric.

He met Jaime on the street and from the first time he saw him he set out to help him, to try to understand his life as a lineman, his limitless madness and even his incomprehensible moments of happiness.

“One day I decided to sit down and talk to him,” Ivan recalls. “He was fine, he told me his story, he told me that there were people who were helping him and we chatted for a while.” He says that he recommended that he leave the “chupi” (Jaime laughed). Then she promised that she would see him again.

Friends, during one of their many encounters. Now Jaime wears a chinstrap.

Shortly after he found him again on the street. “I pulled the car up to where he was, got out and sat next to him. He asked me for money; I told him that I would not give him money for alcohol because I wanted to meet him sober. I saw that at that moment he had a broken shoe without and on the other foot, a different one tied with a rope. I promised to bring him some sneakers and asked him how he liked them. He told me he wanted some “padded”, he remembers.

Ivan bought the slippers. He made sure they were quality and soft to take care of his injured feet and left them in his car, waiting for the next meeting that took place a few days later, while he was traveling through Neuquén with his wife and two children.

Jaime came babbling, talking to himself, although that particular day he was quite sober. “I got out of the car, greeted him and his reaction was very shocking. He began to laugh, we gave each other a very heartfelt hug. It was the first time he asked me my name ”, says Iván.

The talk was short. The doctor told her that he had bought her the gift he had promised her days ago and asked her to accompany him to the car. “I made him sit down and took off the torn and dirty sneakers that he had. I put the new cotton stockings on him while he laughed. Then I put the fluffy slippers on him. With his two hands he made gestures of astonishment and showed his new shoes ”, Iván remembers excitedly. He also took the opportunity to introduce him to his family and they finally said goodbye.

For the doctor, that meeting was a turning point because he realized that Jaime was happier with the hug and the talk than with the pair of sneakers that he had received as a gift. Someone had noticed him; someone spoke to him, listened to him, caressed him, cared for him. From that day on, the feeling was deeper.

During the pandemic, Iván searched for and found Jaime several times. He kept the usual pleasant conversations (some more crazy than others), gave him food, hot coffee, a team of “mate ready”, masks to take care of himself, the hugs that he likes so much and the farewell phrase that both have already adopted: ” Take care, friend. I love you very much”.

“He knows that I am not going to give him money, but I offer him my friendship and dignity, which is more important. That is our code, ”says Iván, who recognizes that it is impossible to try to get Jaime to leave his life as a lineman or to adapt to the world and the rules of the vast majority. He himself told her that he had the possibility of going to a shelter for the “homeless”, but that he turned it down. Undoubtedly his life is on the street, beyond the dangers that constantly threaten him; even with the rejection that he receives a thousand times a day through the indifferent glances of those who pass by.

During his moments of clarity, Iván maintains that Jaime speaks in depth about life, politics and the world because he is not isolated in a bubble. Whenever he can, he gets a newspaper to read and until recently he had a radio that reported and entertained him; a connection that comes and goes without any predetermined time.

“He understands what’s going on … what I don’t know is if people understand Jaime,” he reflects. And he maintains that it would be important for everyone who sees him on the street to help him or talk to him … in short, to treat him as a person. 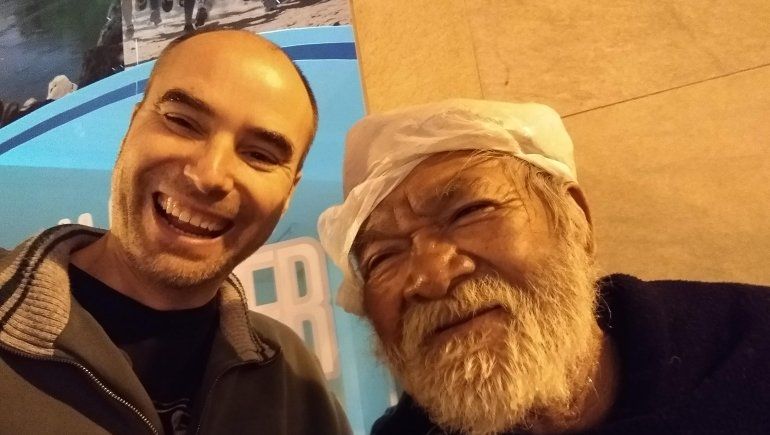 Iván and Jaime, in a relaxed moment. Friends talk about everything and have fun.

Iván is aware that the life of his particular friend becomes a little more fragile with each passing day. And he recognizes that many times he is anguished when thinking about the inevitable destiny that will sooner rather than later. That is why he wants to take advantage of those meetings, even if they are ephemeral and he even scheduled a family barbecue when the pandemic eases and Jaime gets vaccinated (a process that is not easy, but he is managing it).

He assures that he is happy to be able to change, at least for a few minutes, the life of a man who forgot to be a man, who does not know the word “dignity” and who reacts with more joy to a gesture of tenderness than to material issues .

“The only thing I can do for Jaime is to offer him my friendship, without expecting anything in return,” reflects Iván.

The great Gabriel García Márquez recommended in one of his many appointments talking about love and relationships between people: “Do not spend time with someone who is not willing to spend it with you.”

Iván and Jaime are willing to spend it together, in their own time and in their own way; with the disinterest and the need to see that they have two great friends.

And they will do it even if the world looks the other way.

Although a great majority of disbelievers do not bet even a penny on the inexplicable friendship between a doctor and a lineman.