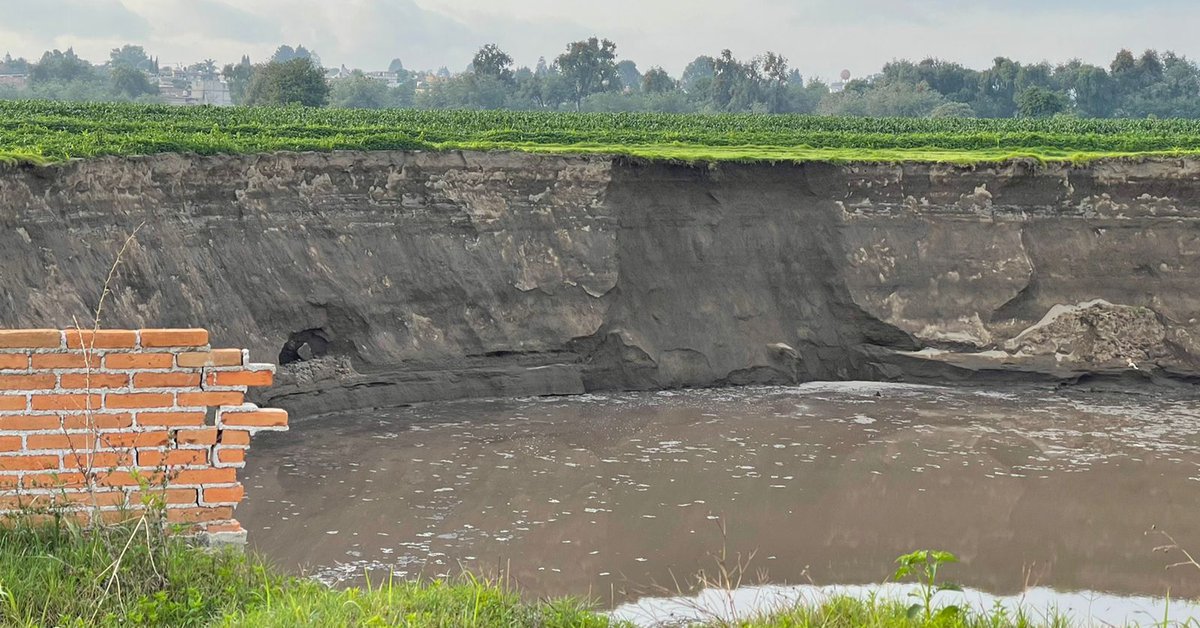 Although state and Civil Protection authorities have warned about the sinkhole in Puebla so that people do not approach and do not put their lives at risk, two drunken men recorded themselves on the edge of the sinking.

A video circulating on social networks shows the moment in which young people They presume to be under the influence of alcohol and how they get to the sinkhole, right at the end where a large crack formed.

In the recording, broadcast by the local MTP site, one of them can be heard commenting: “It’s me and Chuy here”, while the other takes the cell phone to continue recording.

“Wuachen the sinkhole… ”, answers Chuy, who describes that there are some holes inside and that it is deep. “Here the compa signing, so that it deepens ”, he says, while record urinating on your partner.

It was thus that without respecting the restrictions to avoid risks, the two young men they circumvented the security fences imposed by Civil Protection.

Users of social networks criticized this behavior and described it as reckless given how dangerous it can be to be near the natural formation.

Authorities place mesh around the sinkhole

It is more and more frequent that the area of ​​subsidence registers vvisits of tourists and merchants, mainly on weekends, so after the “feat” of the two young men who were recorded while intoxicated was made known, the state authorities iThey started the placement of cyclonic meshes to delimit the area.

Given this, the State Infrastructure Secretariat reported that this mesh is about mobile and light panels with more than two meters high; However, the area is subject to modifications, either because the geological fault continues to grow or because of the behavior of the inhabitants. It is worth mentioning that the works will last 10 days.

And it is that on the site it is possible to find souvenirs such as silk-screened shirts and talavera cups or accompany the visit with some food like the bread or the memela of the sinkhole; however, there is also the sale of beer, pulque or cocktails with alcoholic beverages.

It should be remembered that this sinking appeared on May 29 with only five meters in diameter, but today it has 126 meters in its major axis and 122 meters in its minor axis, with a depth of up to 56 meters.

For his part, Governor Miguel Barbosa Huerta announced that the Sánchez Xalamihua family, which was affected by the sinkhole after losing their home, reached an agreement with the state government to receive a plot of land worth 182,000 pesos and start the construction of your new home.

Likewise, through the Ministry of Rural Development, it compensated six families for their crops and farmland.

“The Secretary of Rural Development is sending me information, commissioned by the Government to compensate people, crops, goods and the issue of the little house that was taken by the sinkhole. The land has already been located in the Barrio San Isidro, 600 meters from the entrance of Santa María Zacatepec, accepted by the Sánchez Xalamihua family for a price of 182,000 pesos, is assumed and paid by the State Government, where the family’s house will be built, ”he announced at a press conference.