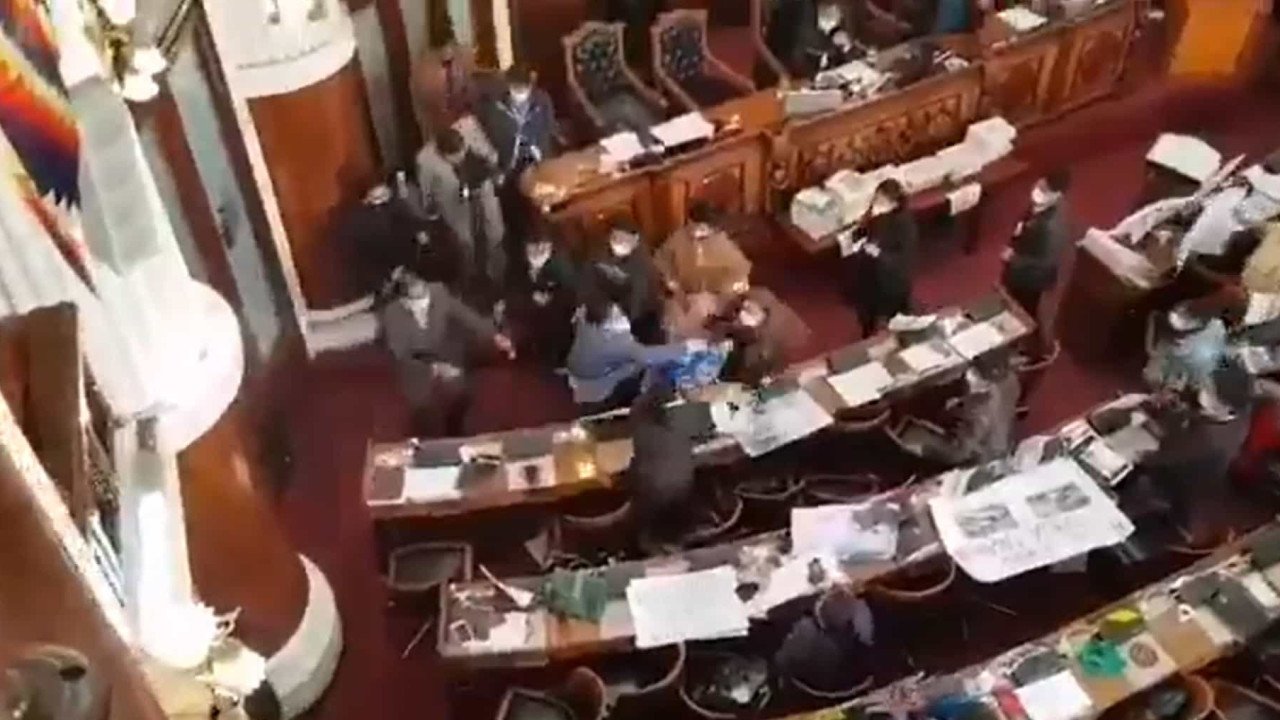 The session was interrupted for a few minutes and then work continued, with both speakers giving statements to the press.

Colque, in the blue coat images, was injured during the skirmish. “They all grabbed me, pulled me back. We cannot allow this. We totally repudiate this type of physical, verbal and psychological violence,” he told the press, with a bloody face.

“I apologize to the Bolivian people for what happened, but all we ask is that they respect us and stop calling us criminals and murderers,” said right-wing deputy Henry Romero, justifying the reaction.

The skirmish began when government minister Eduardo del Castillo was answering in Parliament for the arrest of former right-wing president Jeanine Áñez, who was arrested in March on charges of conspiracy, sedition and terrorism during her time in office.

Tension in Bolivia has been mounting since 2019, when socialist president Evo Morales resigned from office after accusations of electoral fraud for an unconstitutional fourth term that sparked violent protests across the country. At least 33 people died in Senkata during the protests.

In October, after 11 months of a transitional government, Luis Arce, Morales’ former economy minister, won the elections with an absolute majority.