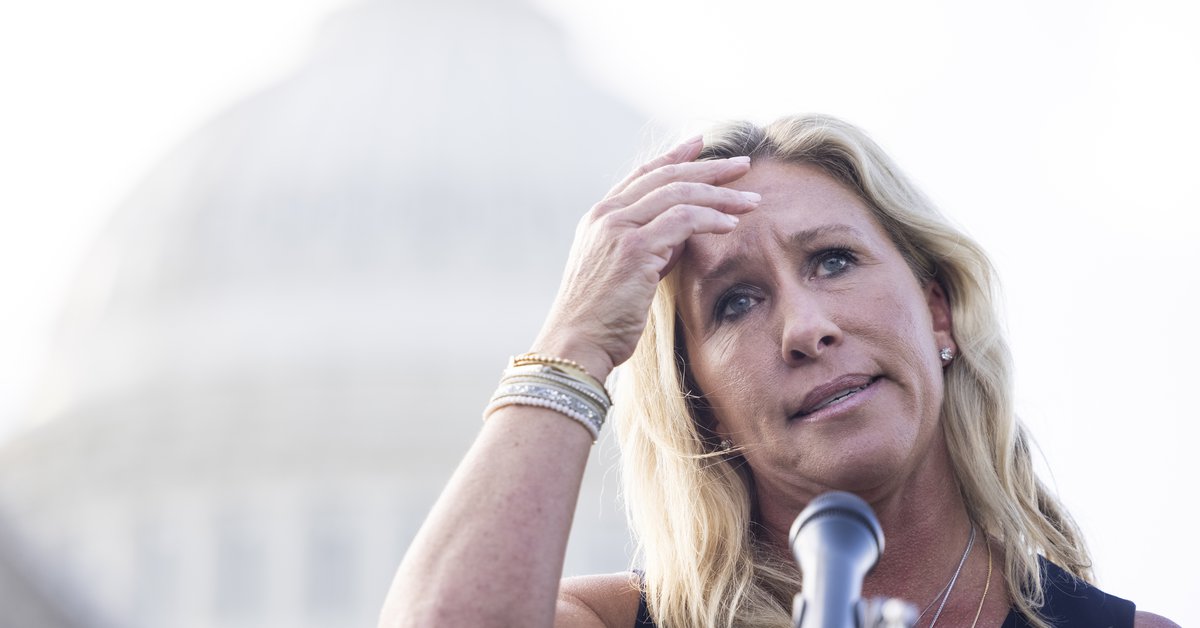 The suspension means that Greene will not be able to send tweets, retweet, give “Like” or follow other users during the next seven days (Photo: EFE)

Twitter suspended since this Tuesday and for a week the account of United States Republican Congresswoman Marjorie Taylor Greene for posting a message saying that the vaccines are “failing” and they are “not reducing the spread of the virus.”

Greene, representative for Georgia and one of the most controversial figures in the US Congress, called on the Food and Drug Administration (FDA) not to approve COVID-19 vaccines. Although they have been widely distributed and inoculated to the population for months, vaccines only have an emergency approval, not yet final.

Twitter moderators considered that Greene’s message challenging the effectiveness of vaccines is a violation of his policy, which prohibits posting false or misleading information about COVID-19 that may “cause harm.”

The suspension means that Greene will not be able to tweet, retweet, like or follow other users for the next seven days., although you can continue to communicate with your followers through direct messages.

This is the third time that the controversial representative for Georgia has received a suspension from Twitter for misinforming (Photo: Europa Press)

“Twitter suspended me for telling the truth, and for publishing what many people are saying,” the congresswoman defended in a statement, adding that “the truth is very offensive to all the fragile hypocrites of Twitter.”

The entirety of the original message shared by Greene read: “The FDA should not approve COVID-19 vaccines. There are too many cases of infections and transmission of the virus among vaccinated people. These vaccines are failing and do not reduce the spread of the virus, nor do face masks. Compulsory vaccinations violate our individual freedoms ”.

This is the third time that the controversial representative for Georgia received a suspension by Twitter for misinforming.

One controversy after another

Greene, representative for Georgia, is one of the most controversial figures in the US Congress (Photo: REUTERS)

Comments from Marjorie Taylor Greene leaked last week causing a national uproar. The congresswoman suggested to the southern states of the United States receive the “friends of the police state” of the president, Joe Biden, with their firearms if they show up at their homes to find out if they have been vaccinated.

“Joe Biden wants to come talk to you. You are going to send one of your friends from the police state to your doorstep, to write down your name, your address, the names of your family, your phone numbers, they will probably ask for your Social Security number and if they have been given the vaccine or not, ”Greene said during his speech at a dinner to raise funds for the Republican party in Alabama.

“What they don’t know is that in the South we all love our Second Amendment rights and we don’t really like strangers who show up on our doorstep, do we? They may not like the welcome they receive ”, has added referring to that clause of the United States Constitution that empowers the right to carry firearms.

The words of the controversial congresswoman took place at the end of July during a dinner held in Dothan, a city in the south of the state of Alabama. The images in which Greene appears making such threatening suggestions have been leaked a few days ago.

Available vaccines against COVID-19 create crucial defenses against serious illness and death, even against more contagious variants like Delta. And research shows that even a single dose of an mRNA vaccine from Moderna or Pfizer-BioNTech increases the immunity of people who have had the disease.

“I would recommend to anyone who has not been vaccinated to get vaccinated as soon as possible”, explained to National Geographic Allison Greaney, a researcher at the Fred Hutchinson Cancer Research Center in Seattle, adding that vaccines “protect us so well against a very dangerous virus.”

In Fred Hutchinson, Greaney He directed a research team that published a recent study which suggests that vaccines give people an important advantage over natural immunity.

Researchers already knew that COVID-19 vaccines “reliably induce antibody levels” What are they as high or even higher than those of people who have recovered from severe cases of coronavirus, dice Ruth Karron, pediatrician and professor of Johns Hopkins Bloomberg School of Public Health in Baltimore., which was not part of the new study. The work of this team of Fred Hutchinson shows that vaccination “gives us more antibodies and better antibodies”he adds. “It is a question of quantity Y quality”.

“All COVID-19 Vaccines Prevent Serious Illness and Death, which is very important from a public health point of view, “said the oncologist. Elmer huerta, an expert from George Washington University.

One of the most respected voices in the medical environment and one that has been encouraging the global vaccination campaign against SARS-CoV-2 is the renowned American cardiologist and geneticist Eric Topol, editor-in-chief of the health site Medscape, which, through his Twitter account, stands out again and again, providing all kinds of scientific evidence, that “the vaccines provide 100% protection against death and hospitalizations due to coronavirus ”.

See also  The Florida Project: behind the film, the hidden side of Disney World

Just one day after the inauguration of the new US president, Republican Congresswoman Taylor Greene presented an accusation of ‘impeachment’ against Biden
The 15 reasons why yes or yes you have to get vaccinated against COVID-19