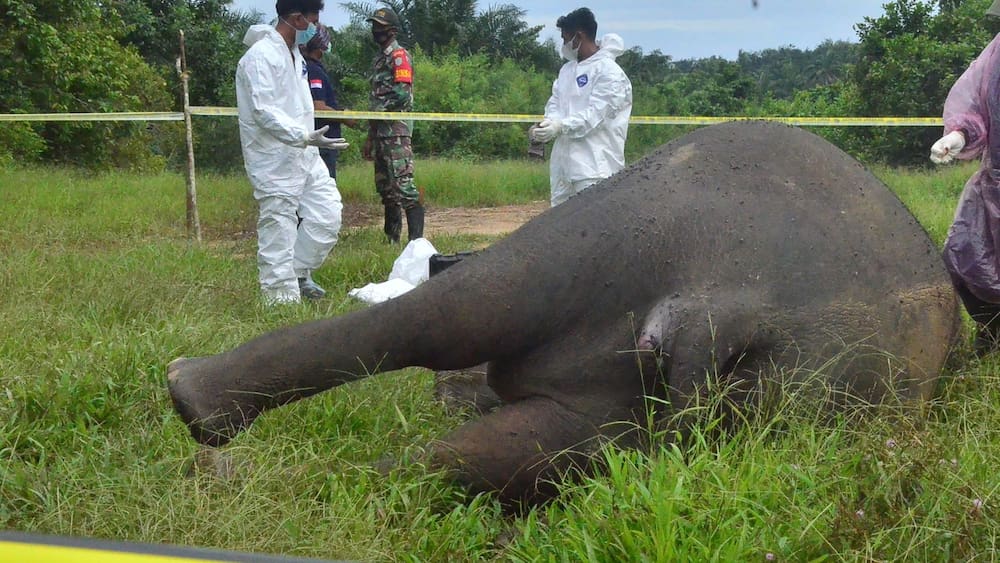 The male was 12 years old. Then it fell into the hands of tusk hunters.

A rare Sumatran elephant has been killed and beheaded in the Indonesian province of Aceh. The rest of the carcass was discovered on Sunday in the village of Jambo Reuhat in the east of the region, said Agus Arianto, the head of the local conservation agency, on Tuesday.

“We suspect he was killed because of his tusks,” he said. Investigations have shown that the approximately twelve-year-old male was poisoned before his head was severed. “The police are busy with the case and we hope that the perpetrators will be found soon,” said Arianto.

Less than 3000 specimens in the wild

The Sumatran elephant (Elephas maximus sumatranus) is a subspecies of the Asian elephant. It is only native to the island of Sumatra and is classified as critically endangered on the Red List of the World Conservation of Nature Union (IUCN). As the animal habitat continues to shrink, it is estimated that there are fewer than 3,000 specimens in the wild today.

Last week, a wild Sumatran elephant attacked and killed a farmer in Aceh. The man and other residents had previously tried to stop a herd of pachyderms from raiding the fields. (SDA)