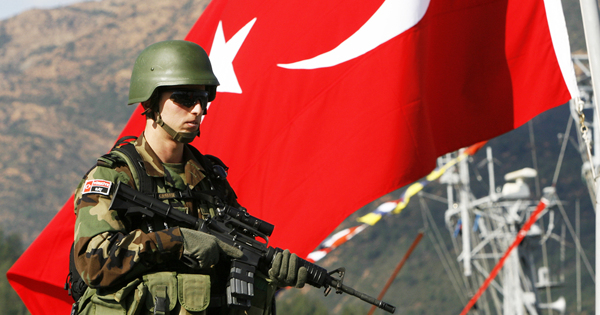 A Turkish coast guard boat fired at a ship of Cypriot colleagues in the Tilliria region in the northwest of the island. As a result of the incident, no one was injured. This was reported on July 16 by the CNA agency.

It is known that the Cypriots were patrolling the coastal area of ​​Kato Pyrgos, there were three people on board.

At about 3:30 local time, the vessel noticed a Turkish coast guard boat, which began pursuing the Cypriots and opened fire. As a result, four warning shots were fired.

The Turks pursued the vessel until it entered the port, says local radio RIK.

Representative of the Ministry of Defense of the Republic of Cyprus Christos Pieris confirmed the information, calling the incident serious. Pieris also said that Cyprus is patrolling coastal areas to deal with illegal immigrants from Turkey.

On July 20, Turkish leader Recep Tayyip Erdogan will address the world during his visit to the self-proclaimed Turkish Republic of Northern Cyprus (Turkish KKTS), reported on the portal of the office of the head of state. According to the head of state, the announced message will concern not only the divided island, but the entire world community.

Cyprus was divided into the northern Turkish part and the southern Greek part in a military coup in 1974. Nicosia considers Northern Cyprus an illegally occupied territory.

In 2019, the EU suspended all high-level negotiations with Turkey due to drilling in the exclusive economic zone (EEZ) of Cyprus. It was about negotiations on the conclusion of a Comprehensive Agreement on Air Transport. It also became known that the EU Council will not hold the “Association Council and further meetings of the high-level dialogues between the EU and Turkey.”