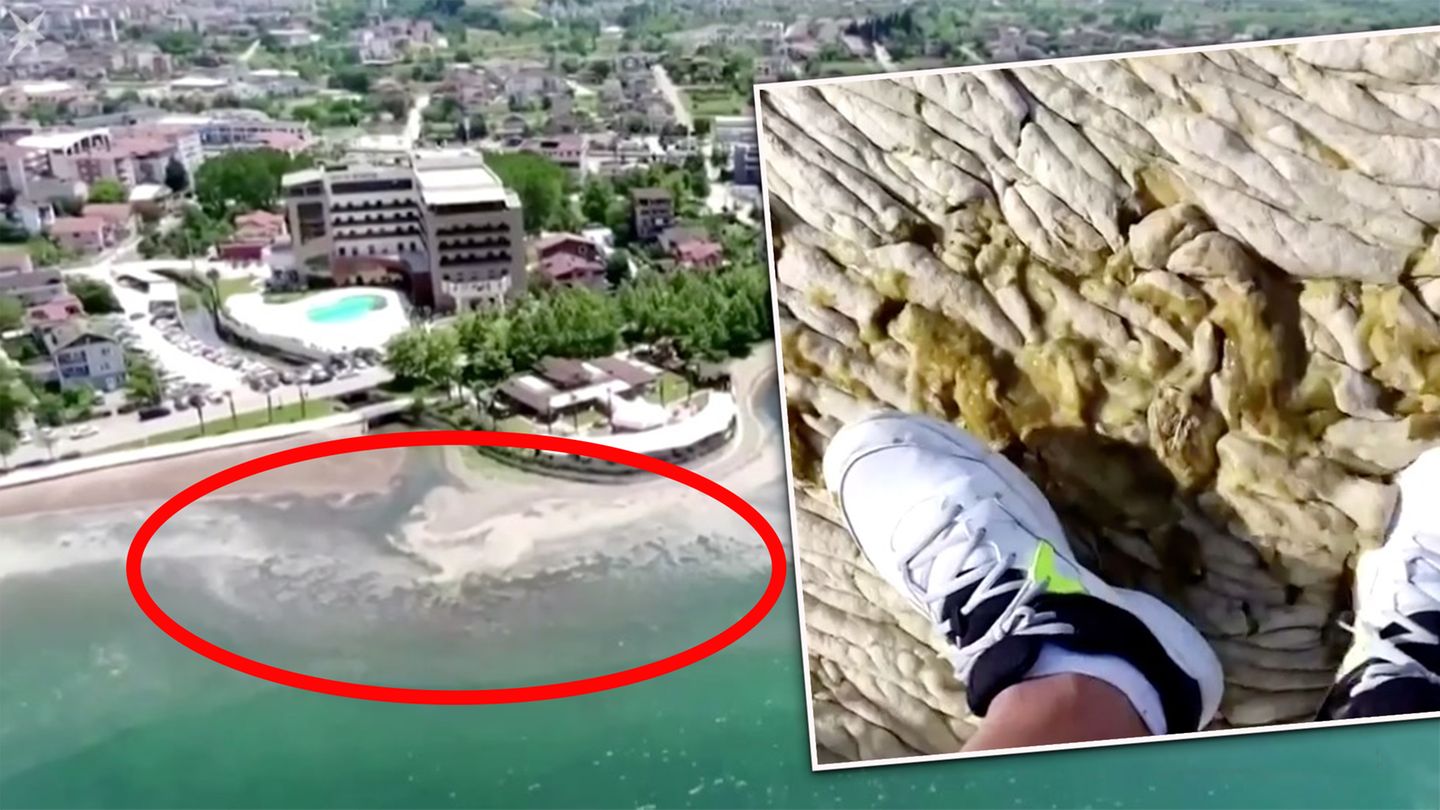 Malaise on the Marmara Sea: A plague of so-called “sea slime” threatens the sea here south of Istanbul, Turkey’s largest city. This greyish-slimy layer of organic matter threatens both marine life and the fishing economy in the region. Ports, coasts and large parts of the sea water have been covered by the viscous, greyish substance, some of which has also sunk under the waves and suffocates life on the sea floor. The Turkish Environment Minister Murat Kurum called for what he called “the largest clean-up operation in the sea” to take part, which was due to start on Tuesday. The minister said: Original sound: “We will put the Sea of ​​Marmara under protection. We will take all necessary steps in three years and realize all projects that will not only save the present, but hopefully also the future of the Sea of ​​Marmara.” Kurum said they wanted to reduce nitrogen levels in the sea by 40%. Science says that increasing environmental pollution contributes to the spread of organic substances and exacerbates climate change. The unpopular marine slime contains a multitude of microorganisms and thrives above all when nutrient-rich sewage flows into the sea.