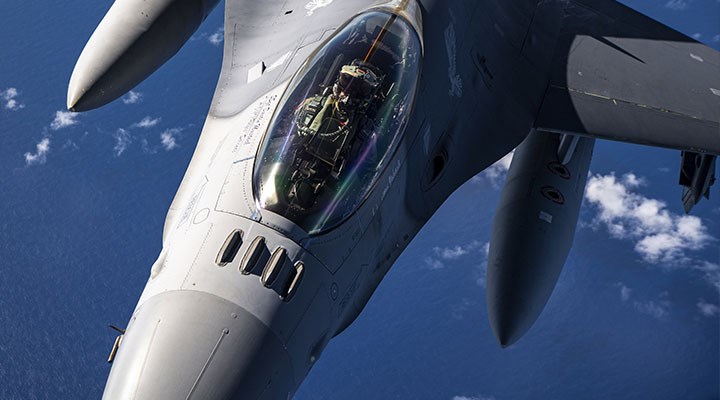 Forbes suggested that technological air superiority could pass to Greece if the United States rejects Turkey’s request for F-16s. In the article, it was stated that questions have arisen about the future of air power since Turkey was excluded from the F-35 fighter jet program due to its purchase of advanced S-400 air defense missile system from Russia and was banned from purchasing these jets in 2019.

Forbes, an American-based business and economy magazine, claimed that technological air superiority could pass to Greece if the United States rejects Turkey’s request for F-16s.

According to the news in Euronews, During his visit to the United States, Greek Prime Minister Kiryakos Mitsotakis was “lobbying heavily” to prevent Washington from selling F-35 warplanes to Athens, while Ankara’s project to modernize F-16 warplanes and buy new warplanes Reminding that AKP President Recep Tayyip Erdoğan reacted strongly to this with the statement “There is no Miçotakis for me anymore”, the magazine evaluated that Erdoğan’s reaction was not a surprise.

In the article written by Paul Iddon, it is stated that since Turkey was excluded from the F-35 fighter jet program due to its purchase of the advanced S-400 air defense missile system from Russia and banned from purchasing these jets in 2019, questions have arisen about the future of air power. was done.

F-16s have been the backbone of Turkey’s air power for a long time, but especially the Block 30 models are getting old more and more. It was reminded that he requested 40 of the Block 70/72s, as well as 80 replacement kits with a market value of approximately 6 billion dollars for his existing jets, and until they gradually renew Turkey’s F-16s with these agreements, they will remain operational for the next ten years. and keeping it up to date is essential.

“If Mitsotakis’s efforts to persuade Washington to reject the deal are successful, Turkey can stay with its F-16s at its disposal by the end of the decade, losing the upper hand to the much more advanced warplanes of its Western neighbors,” the article said. In the article, “Greece took delivery of six Rafale aircraft in January. By the end of 2020, by adding 8-24 F-35s to its air fleet, it can change the balance of power in the Aegean Sea in an unprecedented way.” expressions were used.