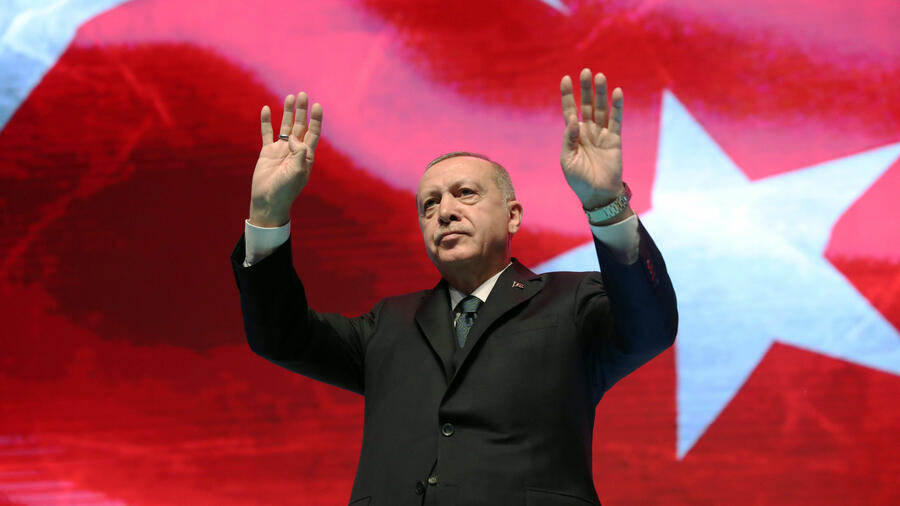 Turkey: elections on May 14th – How Erdogan now wants to prevent his deselection

Istanbul Turkish President Recep Tayyip Erdogan wants to bring the parliamentary and presidential elections forward by a month. Erdogan thus abruptly switches the whole country into campaign mode. The central question is: How does Erdogan want to win, even though he is behind in many polls?

Speaking to his AKP party’s faction on Wednesday, Erdogan said the people would punish the opposition at the ballot box on the very day a conservative party first defeated the secular Republicans in elections in 1950. This made it clear that the elections should take place on May 14 this year. This is supported by the fact that this date is before the summer holidays and outside of religious holidays and the Islamic pilgrimage to Mecca.

In the two decades of his tenure, Erdogan changed the country like no other politician before. His AKP enabled stable governments for the first time since 1950, after 13 and 11 different coalitions, respectively, tried to govern the country in the 1970s and 1990s. In between, a military junta was in power in the 1980s.

The political stability led to an economic boom, Erdogan recorded average growth rates of more than five percent per year. At the same time, however, democracy suffered. Over time, Erdogan became more and more authoritarian, changing laws by decree and using an attempted coup to remove supposed enemies from the state.

The conservative politician heaved millions of people into the middle class, but often spoke of a “pious generation” that he wanted to create. Although he freed the judiciary from the temporary influence of a sect, the Turkish legal system remained anything but independent.

Erdogan has lost a lot of sympathy abroad

Erdogan has lost a lot of sympathy abroad, but at the same time he has gained political weight. Turkey is the only NATO member to have negotiated regularly with Vladimir Putin and Volodymyr Zelenskiy since Russia invaded Ukraine. With slogans like “The world is bigger than five” he regularly provokes the UN Security Council, which is dominated by five states.

That goes down well with many in Turkey. Nevertheless, according to polls, Erdogan and his AKP are steadily losing support. Now Turkey’s long-term president may be facing the biggest challenge of his term in the elections.

According to the current constitution, both the members of parliament and the president are elected directly by the people on the same day. Polls point to a close race. The ruling AKP is likely to remain the strongest force in parliament, but President Erdogan is behind some potential opponents in terms of approval ratings.

According to the constitution, a president can only serve for two terms. “Because Erdogan was elected in 2014 and 2018, he can’t run again,” explain lawyers like Sabih Kanadoglu.

There is one exception: If the president calls early elections, he can also run for a third time. This would now be the case if the election date were brought forward by a month, as intended. This can either be achieved by a two-thirds majority in parliament, which the ruling coalition of AKP and MHP does not have. Or the president himself dissolves parliament, making early elections for parliament and the presidential office necessary within 60 days. Erdogan would have to take this step by March 8th.

Meanwhile, the opposition is confident of victory. “Our goal is to win in the first ballot,” said opposition leader Kemal Kilicdaroglu of the CHP. “May is ours!” assured Meral Aksener of the Iyi party. The head of the SP (“Party of Happiness”), Temel Karamollaoglu, says he is ready.

An alliance of six opposition parties came together last year with the aim of replacing Erdogan. In addition to the republican CHP, this includes the nationalist Iyi party. But it also includes two former top politicians from the AKP, as well as the Glücksparties, which, like the AKP, once emerged from the Islamist Welfare Party.

It is an extremely heterogeneous alliance vying for the unanimous approval of a majority of voters. No wonder they still couldn’t agree on a common candidate. Istanbul Mayor Ekrem Imamoglu from the CHP, who is said to have good chances in a direct duel with Erdogan, could be banned from politics before the election. He had made disparaging remarks about the electoral authorities and, in the opinion of the court, made them punishable. Observers consider the verdict to be fabricated in order to eliminate a promising opponent.

“Erdogan will certainly conduct an election campaign tailored to him as a strong leader,” says Turkish columnist Abdulkadir Selvi. “His greatest chance, however, is that the opposition is currently too divided to unite against Erdogan.”

Alongside this, Erdogan could use another trick to increase his own chances, with a proposal that the opposition initially wanted to exploit.

Headscarves as an election campaign issue

Opposition leader Kilicdaroglu introduced a liberal bill last year that revolved around the headscarf issue. His Republican CHP was always the party that strictly rejected headscarves in universities or other public buildings. Corresponding incidents in the 1990s had favored Erdogan and ultimately helped his conservative AKP to win the 2002 election.

Now the CHP wanted to win over conservative voters with the proposal to allow the wearing of headscarves in public spaces by law. But Erdogan was faster. The Turkish President has long since taken up the issue and wants to have the headscarf freedom written into the constitution.

That would require a referendum. And Erdogan could also have that held on May 14th. This would make election day a symbolic date for many. Observers believe that anyone who votes for the headscarf will never vote against Erdogan.