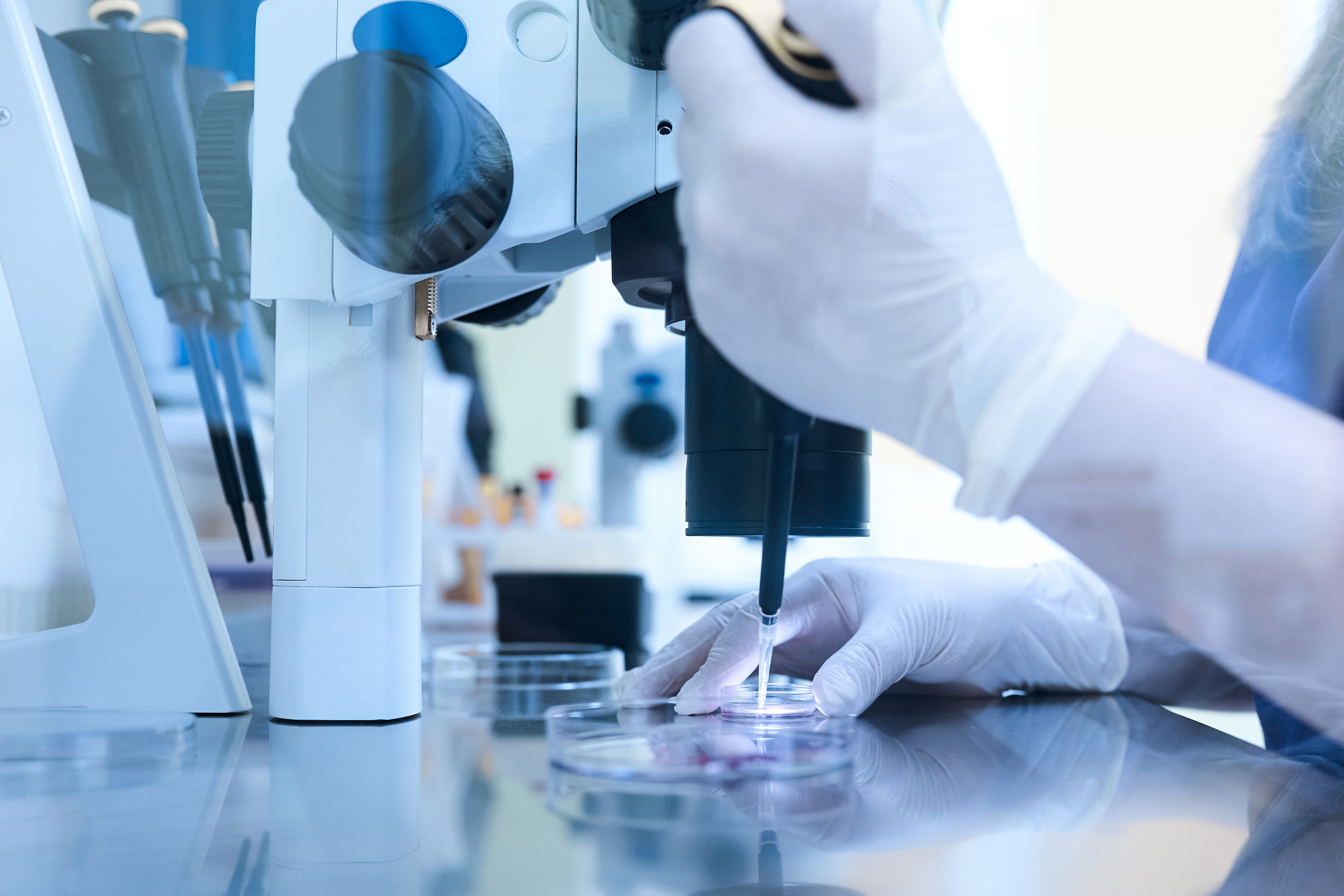 It is a dye that binds to DNA that allows the generation of very high quality images via super resolution fluorescence microscopy. This study confirms the proper functioning of this fluorescent tag in clinical biopsies already documented. Lead author, Senior Dr. Yang Liu, Associate Professor of Medicine and Bioengineering at the University of Pittsburgh focuses, with a dedicated lab, on developing microscopy techniques to “visualize the invisible”: “ We are among the first teams to explore the capabilities of super-resolution microscopy in the clinical field. We have developed an easy-to-use DNA stain.”

Inside the cell nucleus, strands of DNA are wrapped around proteins. Usually, pathologists use traditional pathologists to visualize disruption of this DNA-protein complex, or chromatin, as a marker of cancer or precancerous lesions. “Although we know that chromatin is modified at the molecular level during carcinogenesis, until now we have not been able to clearly visualize these changes”comments the main author.

In 2014, the invention of super-resolution fluorescence microscopy marked a major step towards achieving this goal. The cell under study is marked with a special fluorescent dye that turns on and off in specific ways depending on the “health” of the chromatin:

A short-term, longer-term clinical research tool: Although the technique combined with super-resolution microscopy will not replace traditional microscopy for routine clinical diagnosis in the short term, it will allow earlier detection of cancers and finer risk stratification. “Early-stage lesions can have very different clinical outcomes. Some patients develop cancer very quickly, others remain in the precancerous stage for a long time.

Risk stratification is a major issue in cancer prevention.

A first proof of concept: analysis of the structure of chromatin can indeed provide clues to the future risk of cancer: the Pittsburgh team is evaluating here, with this new technology, patients suffering from Lynch syndrome, a hereditary disease which increases the risk several types of cancer, including colon cancer. Examination of non-cancerous colorectal tissue biopsies from healthy controls without Lynch syndrome and Lynch syndrome patients with or without a personal history of cancer reveals striking differences:

For clinicians, it will then be necessary to more rigorously monitor these patients, whose chromatin in the cells shows signs of disruption.

Scientists are now interested in examining the chromatin structure in the endometrial tissue of patients with Lynch syndrome, who are therefore also at high risk for endometrial cancer.