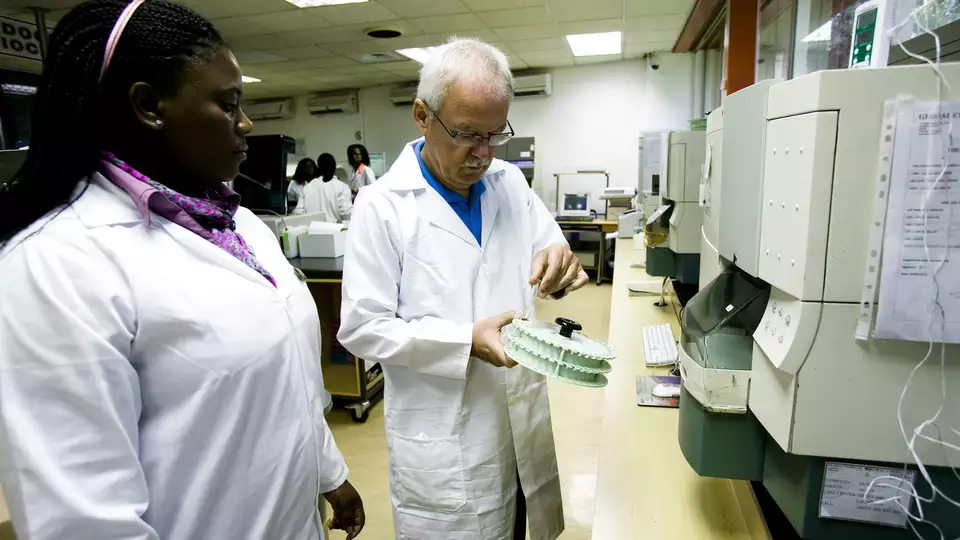 According to estimates by the World Health Organization (WHO), at least 20 million people worldwide suffer from tuberculosis, every year 10 million people contract the disease and around 1.5 million die from it every year. The disease is caused by mycobacteria, which mainly affect the lungs, but can also affect any other organ. Tuberculosis is particularly common in low-income countries. The WHO therefore recommends vaccinating newborns against it as soon as possible, according to a press release from the Max Planck Society.

First used 100 years ago, the BCG vaccine against the disease contains weakened bovine tuberculosis pathogens. “We know that BCG can prevent so-called tuberculous meningitis and miliary tuberculosis in infants with an effectiveness of 75 to 86 percent. However, this does not apply to the most common form of the disease, pulmonary tuberculosis, across all age groups. Here, BCG is not effective enough,” explains Kaufmann, Emeritus Director at the Max Planck Institute for Multidisciplinary Sciences and at the Max Planck Institute for Infection Biology in Berlin.

The infection biologist and his team have been working on an improved vaccine successor, called VPM1002, since the 1990s. To do this, the researchers have genetically modified the weakened BCG vaccine strain in such a way that immune cells are better able to recognize the pathogens. “Not least, we developed VPM1002 to combine greater safety with improved effectiveness for children with weakened immune systems,” reports the emeritus director.

The group of immunocompromised children includes, for example, HIV-exposed infants born to HIV-positive mothers. In a clinical study in South Africa, an international research consortium including Kaufmann compared VPM1002 to BCG in HIV-exposed and non-HIV exposed newborns. The study examined both the safety and the triggered immune response – called immunogenicity – that goes hand in hand with the formation of immune cells and immune-stimulating proteins. The conclusion of the study: VPM1002 is safe in both HIV-exposed and non-HIV exposed newborns, has fewer side effects than BCG and elicits a similar immune response.

See also  "Health hazard, do not use this drug" - Libero Quotidiano

In the randomized, double-blind phase II study in South Africa, 416 eligible newborns were randomly selected and vaccinated before 12 days of age. 312 of them received VPM1002, 104 the BCG vaccine. As the study showed, VPM1002 induced fewer vaccine-related side effects than BCG. This applied to reactions occurring at the injection site, such as scarring and abscess formation, as well as to enlargement of the lymph nodes. This finding is important because local and regional post-vaccination reactions are among the limitations of the BCG vaccine, Kaufmann emphasizes.

Neonates with or without exposure to HIV showed similar immunogenicity with both vaccines. From the age of six weeks, however, the BCG-triggered immune response was greater than in younger infants.

Progress in combating the tuberculosis pathogen

Tuberculosis ranks first in the statistics of fatal infectious diseases. According to the World Health Organization (WHO), around 1.6 million people died of tuberculosis in 2018.

“Studies like the one described here examine the immunogenicity, but not the protection of a vaccine. We have already developed a larger clinical phase III study for this and were able to successfully persuade mothers and their newborns to take part, now the clock is ticking,” says Kaufmann. The infection biologist expects the first results that will show whether VPM1002 can offer comparable or better protection than the existing BCG vaccines in around three years. In addition, the VPM1002 vaccine is currently in two additional phase III clinical trials testing adult volunteers in India for protection against tuberculosis. These studies are expected to be completed in 2023 and 2024, respectively.

The Max Planck Society licensed the VPM1002 vaccine to the company in 2004 VAkzine Project Management (VPM) awarded. As of 2012, the company continued to develop the vaccine together with the Serum Institute of India, one of the world’s largest vaccine manufacturers. “The Serum Institute of India is pioneering a path to eradicating tuberculosis by combining equal parts detection, treatment and prevention. VPM1002 is a crucial part of this strategy and will help reduce infection and disease. The currently ongoing phase III study is one of the central studies to strengthen our scientific concept. We are pleased to have completed recruitment of all newborns for this,” said Umesh Shaligram, Executive Director R&D of Serum Institute of India.