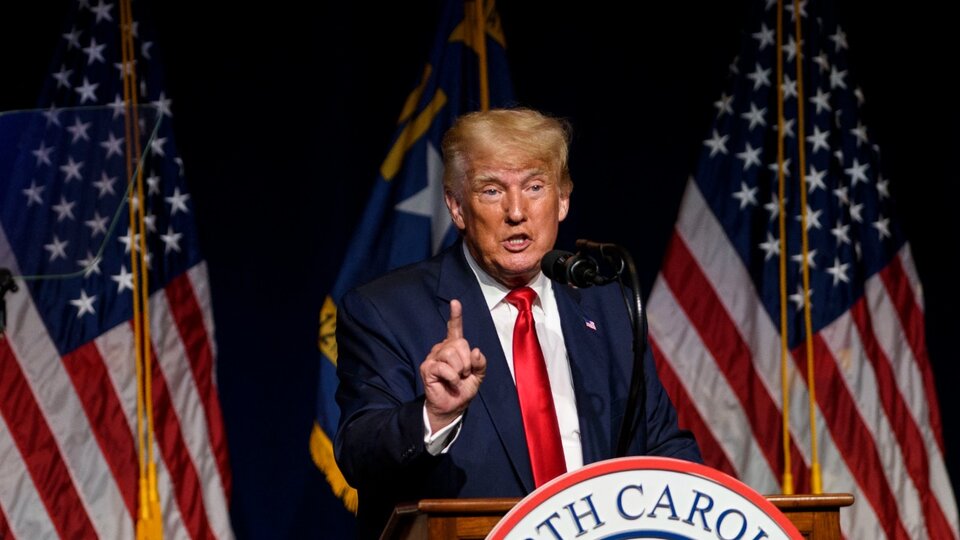 President Donald Trump’s public comeback divides Republicans. While he remains very popular with the party’s loyalists, he poses a dilemma for those who distrust his divisive style and his continued allusion to the past. After spending months confined in his Florida mansion, Trump returned to the political arena on Saturday with an aggressive speech against the management of his successor, Democrat Joe Biden, at a Republican party rally in North Carolina. Banned on social media, he again referred to the presidential elections of November 2020, which he described as “crime of the century”.

During a speech of about an hour and a half in Greenville, southeastern United States, the 74-year-old billionaire again suggested the idea of ​​a new candidacy in 2024. It is “a year that I look forward to,” he said to applause. The former president repeated his unfounded accusations of electoral fraud in the 2020 elections. “This election will go down in history as the greatest crime of the century”, shot the man who has not yet explicitly recognized the triumph from Biden.

“America is despised and humiliated on the world stage by bowing to China”Trump accused. Banished from social media since several of his supporters stormed Congress on January 6, the former president had not given a televised speech since February. Despite this imposed silence, he remains influential among Republicans. However, aSome already believe that the party needs to leave Trump behind to attract women and voters from suburban areas. unhappy with the current government.

As evidence, they hold that Trump helped Georgia Republicans lose both Senate seats that belonged to that state in a January runoff because he did not give in to his false claims that the election was rigged rather than actually supporting his party’s candidates, the Washington Post.

“There is no alternative to Trump at the moment because people are afraid to challenge him in any way.”, He said Sarah Longwell, who runs the organization Republican voters against Trump. “They always sell (rallies) like Donald Trump delivering his ‘greatest hits.’ When you leave the room and you are not part of the faithful, you don’t like many of their songs “, he assured for his part Doug Heye, former director of communications for the Republican National Committee.