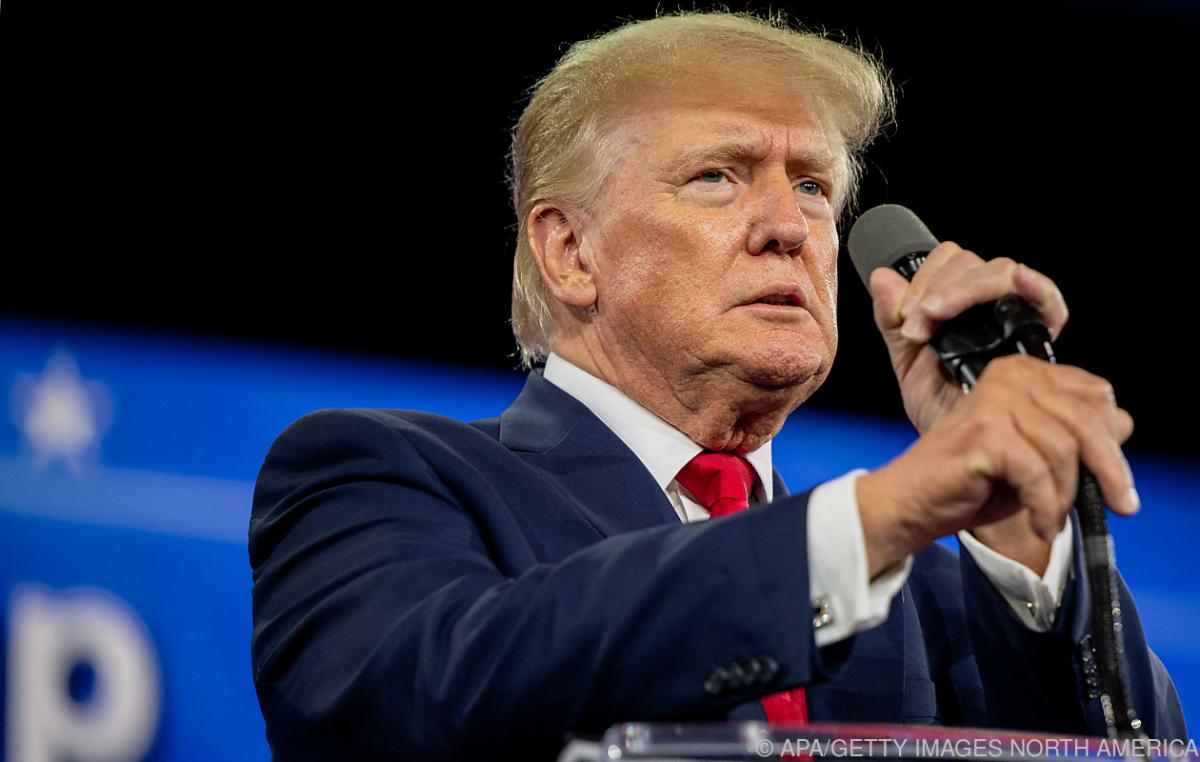 Former US President Donald Trump has called for the dissolution of the Department of Education over the dispute over sex education in schools.

“We should abolish the Department of Education,” Trump said at a conference of right-wing conservatives in Dallas, Texas. The audience then erupted in cheers. “You can’t teach the Bible, but you can teach children that America is evil and that men can get pregnant,” Trump said.

Trump and the culture war

He called for strict bans on teaching “inappropriate” content to schoolchildren. In the United States, there is currently talk of a veritable culture war surrounding issues of gender identity. Conservatives seek to curtail the rights of the LGBTQI community. The English abbreviation stands for lesbian, gay, bisexual, trans people, queer and intersex people. In several states, Republicans have passed discriminatory laws.

Schools are also repeatedly targeted by the conservatives – books that are said to be too suggestive or politically irrelevant are banned from the classroom. A Florida school law bans the subject of “sexual orientation or gender identity” from kindergarten through third grade and restricts it for older students.

Who Needs the Ministry of Education?

Just a few weeks ago, Trump’s then Minister of Education made a statement similar to Trump’s. The Department of Education shouldn’t exist, Betsy Devos had said. During her time in government, the billionaire entrepreneur from Michigan had worked primarily to reduce the influence of the department as much as possible.

When Trump brought up the subject of sexual identity and school, the crowd at the Dallas conference went especially loud. “No teacher should be allowed to teach our children about transgender issues without parental consent,” Trump said. There shouldn’t be any “left-wing gender theory” in the military either, he added. “The world is too dangerous for America’s armed forces to be politically correct. You see what’s happening with China and Russia.”

As in the past, Trump spoke as the keynote speaker at the “Conservative Political Action Conference”. It’s sort of a melting pot for Trump supporters, the religious right, and conspiracy theorists. In his two-hour speech in front of around 1,000 people, Trump repeated well-known things. He also received a lot of applause on topics such as migration or when he repeated his lie about electoral fraud. He again called for the death penalty for drug dealers.

Does he compete again?

Trump again flirted with running again in the 2024 presidential election – but did not announce his candidacy. “Now we might have to do it again. We might have to do it again,” he said. Trump makes this statement in almost every speech – and gets a lot of applause for it. But he won’t be more specific. In an anonymous online poll at CPAC in Texas, 69 percent of respondents said Trump should run again. Florida Gov. Ron DeSantis was a distant second with 24 percent.