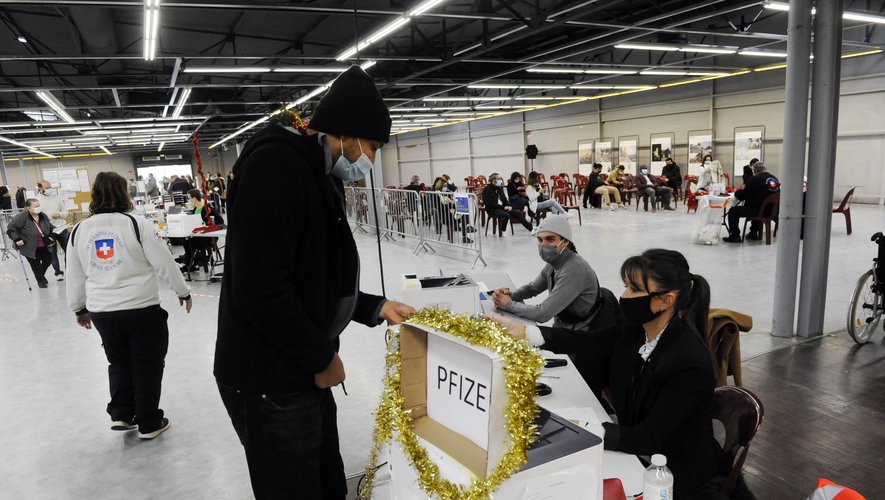 TRUE OR FALSE. Is it really “in the countries where we have made the most vaccines that there are the most cases”, as Professor Raoult asserts?

the essential
Professor Didier Raoult recently said that countries where vaccination against Covid-19 was important had the largest number of positive cases. La Dépêche disentangles the truth from the false in this statement.

“It is in the countries where we made the most vaccines that there are the most cases”. On January 7, Professor Didier Raoult made this statement with aplomb in Cyril Hanouna’s program in “Touche pas à mon poste” on C8. The director of the IHU Méditerranée infection in Marseille then explained: “There is a significant number of cases which follow a vaccine injection within 15 days to three weeks. It is due to a scientific phenomenon that are the facilitating antibodies. C that is, there are antibodies that facilitate infection. Their effect is seen within three weeks of infection. “

In addition to these “facilitating” antibodies, the most widespread antibodies are “neutralizing” antibodies which will fight and neutralize a virus. Their production is also desired during vaccination.

“Is that of any use? The answer is no”

Professor Didier Raoult takes stock of the health situation and gives his opinion on the vaccine! #TPMP pic.twitter.com/9GNIElbgPw

What the numbers say

(If the graphics do not appear, turn off your ad blocker).

At first glance, the more one vaccinates the more the number of positive cases is indeed important. Except that in the meantime, the Omicron wave has swept over France. With this highly contagious new variant first reported on November 24, contaminations soared between Christmas and New Years.

Read also :
Didier Raoult lets go: “Is vaccination useful for anything? The answer is no”

The example of the dengue vaccine

Professor Didier Raoult highlights the phenomenon of facilitating antibodies. This theory is advanced for the Ebola virus, dengue fever or AIDS. “According to this theory, viruses would see their penetration into the cells of the body facilitated by an interaction with pre-existing neutralizing antibodies”, explains to The Dispatch Prof. Antoine Flahault, epidemiologist and director of the Institute for Global Health in Geneva.

This phenomenon has been observed with the Sanofi vaccine against dengue fever. “We have seen serious forms occur preferentially during exposure to the virus of vaccinated people who had never contracted the disease before”. Thus, people vaccinated against dengue have developed more severe forms than people who have not been vaccinated.

Read also :
Faced with Omicron, should we continue to test? “The more we test, the more we find, the more we panic” according to Dr Gérald Kierzek

Can this theory apply to Covid-19? “The theory of facilitating antibodies is debated by experts,” explains Professor Antoine Flahault. “The theory proposed by Professor Raoult seems flawed here,” said the Swiss epidemiologist. He explains: “If the countries of Western Europe are experiencing strong waves linked to the Omicron variant, despite their strong vaccine coverage, their immune dams seem to hold up well against severe forms of the infection. “. The general opinion is that if vaccines do not prevent contracting Covid-19, they do not allow serious forms to develop.

As noted in The Dispatch Dr Gérald Kierzek, medical consultant for the group’s channels TF1, “the more one tests, the more one finds” of positive cases. This is the case in France and in many Western countries. This is less true in poor countries in Africa or Asia where research for the virus and vaccination are much less advanced.