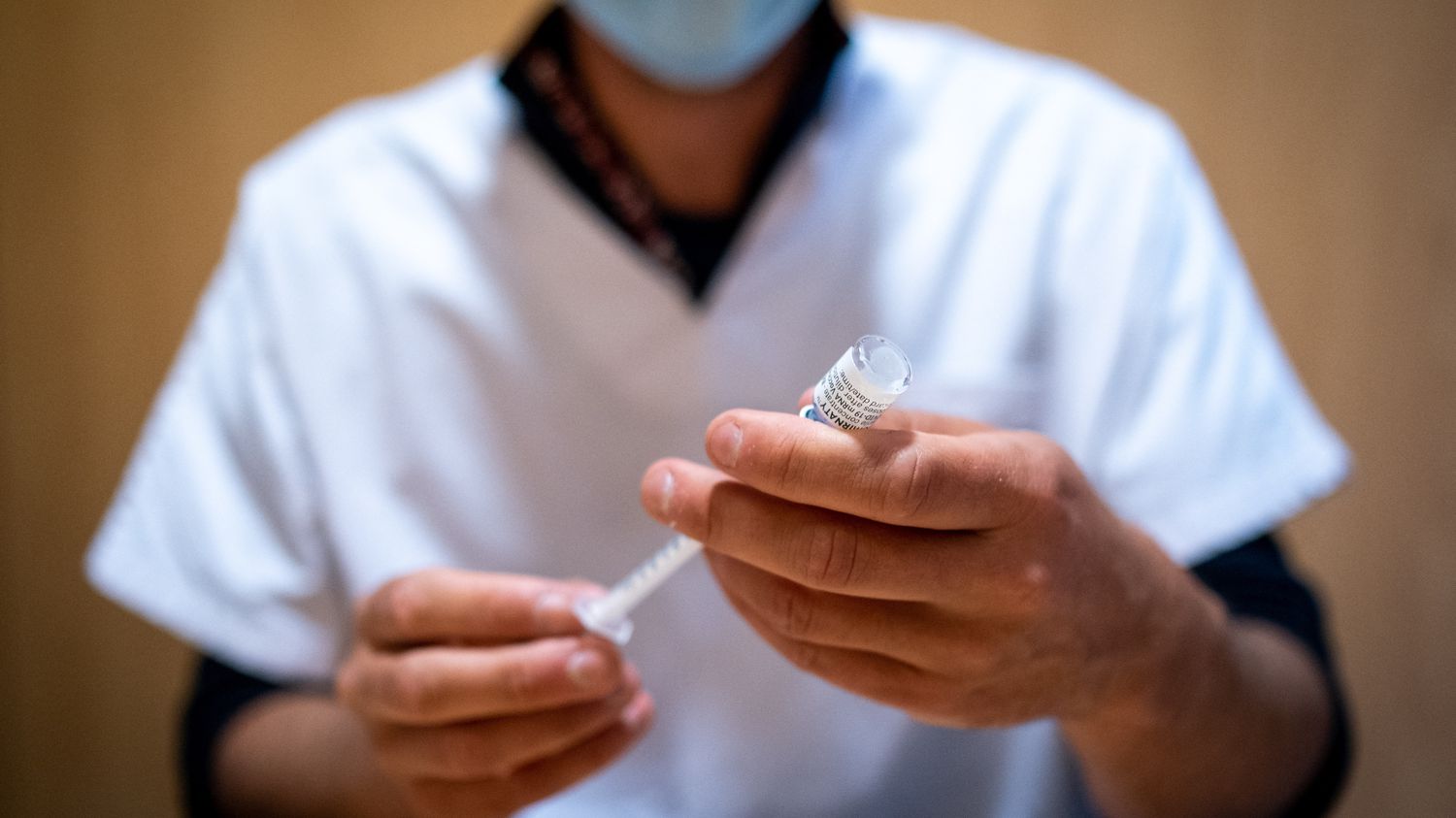 A real start. The Doctolib platform recorded a record number of vaccination appointments against Covid-19, Monday, July 12, after the announcements of Emmanuel Macron on the vaccination obligation of caregivers and the expansion of the health pass. Thursday, 2.6 million slots had been reserved since the declaration of the head of state, according to Doctolib.

The French reticent vis-à-vis vaccination remain however numerous, including among the caregivers. According to them, hindsight on the vaccine, its process and its possible adverse effects is not sufficient. A recurring remark, which franceinfo submitted to the virologist Mylène Ogliastro and to the vaccinologist Daniel Floret.

Since the opening of the vaccination campaign in December 2020, 36 million people have received at least one dose of one of the four vaccines approved in France. Globally, more than 2 billion first injections have been recorded, affecting a quarter of the planet’s population, according to the Our World in Data database (in English).

“It’s still something consistent”, supports Daniel Floret, vice-president of the Technical Committee on Vaccinations, attached to the High Council for Public Health. “We already have a decline of around a year for people who have been in clinical trials”, he adds.

“The other important point is that the side effects of vaccines usually appear within days or even weeks after vaccination.”

In the case of Covid-19 vaccines authorized in the European Union, the few serious adverse effects identified occurred rapidly: after four days on average for the rare myocarditis identified after an injection of the Pfizer-BioNTech vaccine, in less than ten days for AstraZeneca vaccine-related thrombosis and “a few weeks after vaccination” with the Janssen vaccine for Guillain-Barré syndrome, also very rare, identifies Daniel Floret.

In the past, the only side effects really established in connection with a vaccination were declared shortly after the injection, assures the researcher.

“The long-term side effects, it’s a belief. (…) We still have a century of hindsight compared to vaccination.”

Daniel Floret notably cites the example of the rare “case of narcolepsy” after the Pandemrix vaccine against influenza A (H1N1), appeared, according to him, “about two months after vaccination”. In 2013, regarding Pandemrix, the National Medicines Safety Agency mentioned an average time to onset of symptoms of four months in children and five months in adults, with extremes of between two days and two years and half.

Another point raised by those most reluctant to vaccination: scientists lack perspective on the technology used by vaccines, namely messenger RNA for Pfizer-BioNTech and Moderna and viral vectors for Janssen and AstraZeneca. A point of view refuted by specialists interviewed by franceinfo.

“Messenger RNA is a technology known since the 1990s, used in immunotherapy and against cancer.”

“It’s not recent”, insists Mylène Ogliastro, researcher at the National Research Institute for Agriculture, Food and the Environment (INRAE). This advanced technique is based on the use of a genetic code called ribonucleic acid (RNA) which, once in the body, enables the production of spike proteins – markers of the virus – to elicit an immune response.

“Did you see the speed with which we went to find a solution? With conventional vaccines, we would still be wondering whether to do tests pre-clinical “, enthuses the virologist. Work on vaccines has also been accelerated thanks to research on the first severe acute respiratory syndrome (Sars) identified in the early 2000s, she recalls.

Daniel Floret wants to be reassuring. “Messenger RNA disappears from the cell very quickly after its introduction, so it does not persist, describes the vaccinologist. He is leaving the same goes for lipid particles, which are the vector of messenger RNA.“

“It is not clear why messenger RNA could have long term side effects.”

As for the vaccines with viral vectors Janssen and AstraZeneca, which are based on the use of a virus called adenovirus diverted from its original functions, there too, specialists certify their reliability. “We have more perspective since there are already viral vector vaccines that exist and for which we have not had any particular problem”, especially “against Ebola”, details Daniel Floret.

“We are using cutting-edge technology but we are still used to using viruses to vaccinate: live attenuated viral vaccines have been around for decades”, supports the vaccinologist, citing in particular vaccines against measles, rubella or mumps.

Messenger RNA or adenovirus, these technologies are therefore based on several years of work. However, some people who are reluctant to vaccination point to the continuation of the safety tests of the Covid-19 vaccines. These are in fact still in phase 3 of the study, involving thousands of people. Pfizer’s phase 3 should end in May 2023. The objective: to collect more information, after having measured the toxicity of the vaccines in phase 1 and their effectiveness in phase 2.

Are we then guinea pigs? Daniel Floret refutes this idea. “The fact that phase 3 has not been completed is essentially a guarantee of security, he explains. People enrolled in the clinical trial will be monitored for the long term. It was a requirement of regulatory agencies setting up clinical trials. ”

The virologist Mylène Ogliastro abounds. “We are really in an acute pharmacovigilance phase, that is to say that there is an extremely high and globalized level of vigilance “, observes the researcher.

“We vaccinate a lot and we monitor a lot.”

However, the INRAE ​​researcher regrets the suspension, for two days, last March, of the AstraZeneca vaccine, after the identification of several cases of thrombosis. Despite a “real risk” complications, “it was no use hanging AstraZeneca for two days”, she laments. “It just brought shame on the vaccine. “

“We ask for transparency and there is. And when there is too much, it generates anxiety.”

The two specialists are unanimous: the protection of society in these times of pandemic requires vaccination. Beyond the individual risk posed by an absence of vaccination, there is also a collective risk: “continue to let the virus circulate and therefore continue to diversify it”, with the danger of new variants, which might be able “to resist vaccines more or to bypass the immune system”.