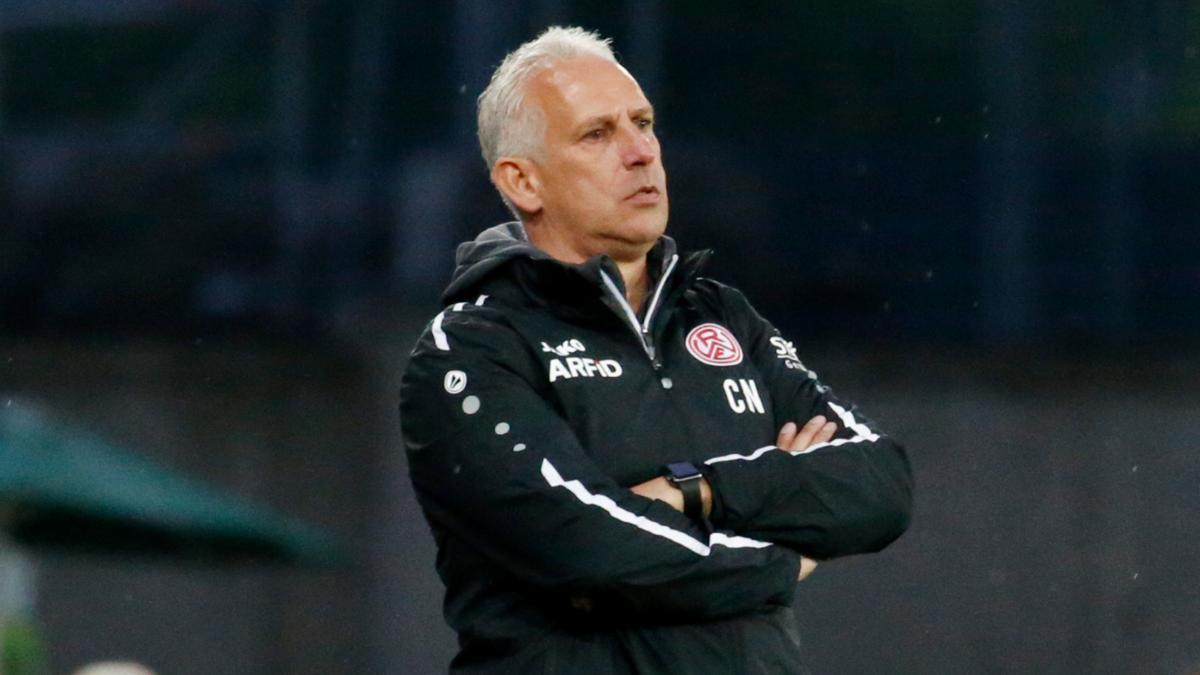 At the break, Rot-Weiss Essen was ahead in the Fernduell with Dortmund’s U23 on the last day of the match. When the promotion race to the third division is decided, the BVB jubilation causes trouble. RWE trainer Christian Neidhart addresses the fans who have traveled with him emotionally.

Et was only a theoretical chance, nothing more. But during the break she was suddenly within reach. Rot-Weiss Essen led 2-0 at FC Wegberg-Beeck. Daniel Heber (1st) and Simon Engelmann (11th) had met. And since Borussia Dortmund’s U23s were surprisingly 0: 1 behind in Wuppertal, RWE overtook them again on the last matchday of the Regionalliga West.

The two teams, which had dueled at the top of the table since the beginning of the 40-day season, were nearing a photo finish. Both were at 90 points after the first half, separated by only one goal. It was now clear that the remote duel would only be decided in the last few minutes, after BVB had actually worked out a reassuring lead over the past few weeks.

45 minutes later, however, the Bundesliga club’s offspring were able to cheer as expected. Steffen Tigges managed to equalize in the 47th minute. Ansgar Knauff even scored the winning goal (89th). As big as the jubilation among the black and yellow in Wuppertal, so deep the disappointment of the traveling Essen fans.

Hundreds of people had already duly said goodbye to the team bus that morning and then drove to Wegberg, 70 kilometers away. The police were on site with numerous emergency services to monitor the entry ban.

Neidhart’s address to the fans

After the final whistle, the fans stayed at the fence and cheered their team, which had delivered a strong season despite the missed promotion. In the DFB Cup, the fourth division had reached the quarter-finals and remained undefeated in the first 26 competitive games of the season (21 wins, five draws). A credit to the new coach too. And that was now addressed in an address to the fans.

Christian Neidhart borrowed a megaphone from the supporters and spoke of an earth wall down to the fans. “We also want to say thank you. It’s been a tough year for us. It was a tough year without support. Without you. But we felt you, “he began and raised his voice and volume significantly:” And we have a great foundation at the club. We played a good season. A very good season. “

Neidhart spoke combative, became emotional and sounded as if he wanted to send the crowd into battle in a few seconds. The volume was meanwhile so high that it could hardly be understood: “And we will build on this foundation and go our way together.” Words that were greeted with loud cheers, but also the anger about the Dortmunders and maybe there was also a residual hope for a belated ascent at the green table.

Essen has appealed against ratings of BVB catch-up games, the reserve of the Bundesliga club from Dortmund still has to wait for the decision of the West German Football Association (WDFV) expected for the coming week.

The Dortmunders were quarantined at the beginning of May due to corona cases. Therefore there were supposedly no more than 16 players available. Apparently one doubts this representation in Essen. Therefore, there are appeals against the ratings of the BVB games in Straelen (3: 1) and Rödinghausen (0: 0). In addition, the bottom of the table, SV Bergisch Gladbach, is said to have filed a corresponding objection after the 1: 3 last Tuesday against Dortmund. The WDFV did not want to confirm further details.

After the last game day, there were even more disagreements between the promotion rivals. Because the Dortmunders played the RWE anthem during the jubilation, as could be heard in an Instagram video of a Dortmund player, Essen’s sports director Jörn Nowak was angry. “People always talk about being a fair loser. I think it’s much more important to be a fair winner “, Nowak said to” Reviersport.de “:” To celebrate the promotion with our club anthem in the dressing room cannot be surpassed in arrogance. “

In addition, Nowak was annoyed by a statement by Dortmund’s youngster Lars Ricken, according to which BVB rose without professionals. He has respect for Dortmund’s performance, “but when I read that Dortmund got along without professionals, I break down,” he said: “I would like to invite Mr. Ricken over for coffee, so that I can talk to him about the term ‘professional’. to discuss. I am very interested in which training courses, courses and main jobs the people of Dortmund pursue, even though they can train in the mornings. Maybe we can learn something from this model in the future. “