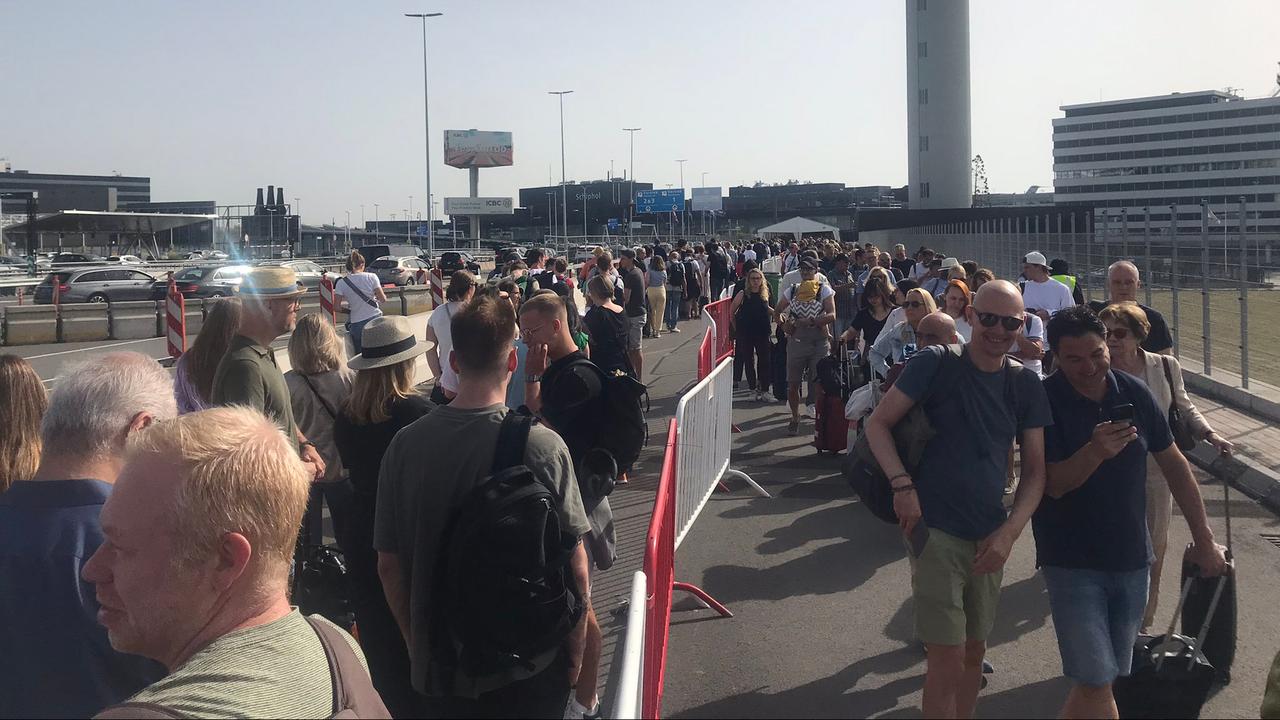 Travelers wait outside in heat in front of Schiphol, employees hand out water | NOW

Long queues will arise at Schiphol Airport on Saturday. Many travelers also wait in lines outside the airport, where the temperature rises. According to the airport, the atmosphere is friendly and employees hand out bottles of water to accommodate travelers.

Travelers have to take into account an hours-long waiting time. Schiphol tries to shade the passengers who have to wait outside as much as possible. “We are closely monitoring the situation,” the spokesman said.

On Saturday it will be more than 30 degrees in parts of the country. At Schiphol, the mercury will remain around 26 degrees.

The Dutch ambassador to Malta, Frank Keurhorst, is one of approximately 52,000 people who will depart from Schiphol on Saturday. Keurhorst says he has stood in queues for more than three hours and confirms the Schiphol spokesperson’s lecture that there is a friendly atmosphere.

According to the Schiphol spokesperson, more than 50,000 travelers will also arrive at the airport on Saturday and even more people will make a transfer.

He says there are no exceptional crowds. The airport announced measures this week to curb summertime crowds. In July and August, for example, there is a limit to the number of travelers who may depart per day. On the busiest days in July, there may be 67,500, up to 72,500 in August.

CEO Dick Benschop states that in July on average 13,500 passengers per day will depart less than planned.