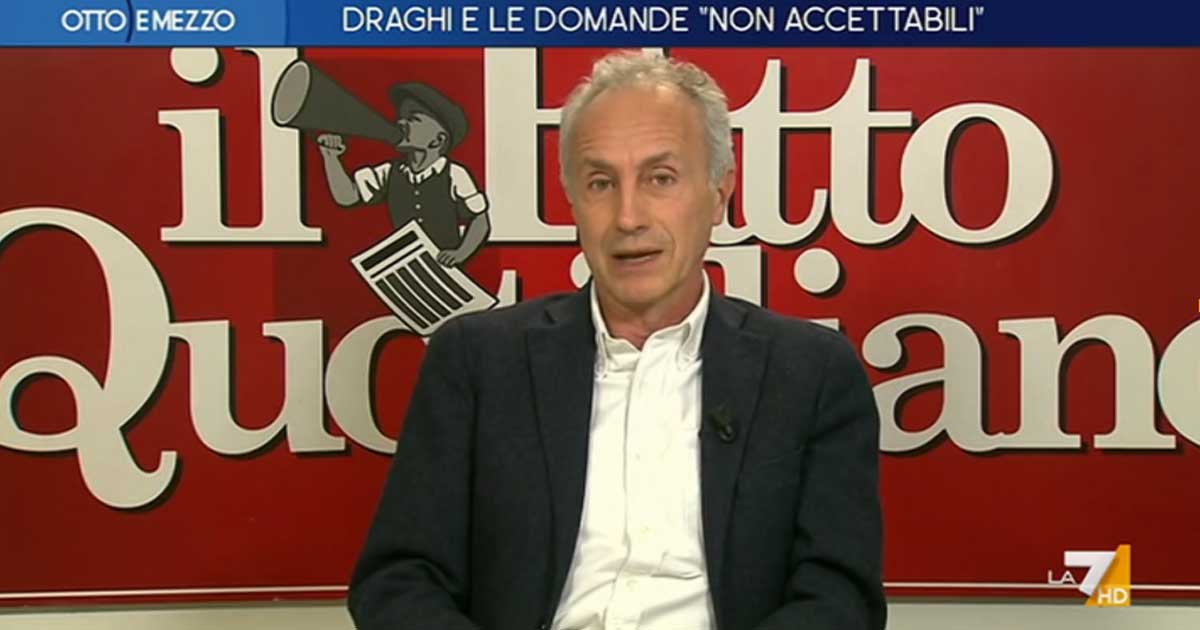 Travaglio at La7: “Draghi’s no to questions about Quirinale? Stuff from North Korea. He would have done better not to do the press conference “

“I believe it is legitimate to answer whatever you want with the questions asked, but asking reporters not to do them is not. It’s North Korea stuff, not as a Western liberal democracy and a free country “. Thus, a “Half past eight” (La7), the director of Daily fact, Marco Travaglio, comments on the no of the Prime Minister Mario Draghi to questions from journalists focused on future developments in Quirinale.

During the press conference, Draghi blocks questions on the Colle: “I will not answer questions on future developments such as the Quirinale”

And he adds: “All day his press office invited journalists not to ask him about the Quirinale. Then luckily some of them contravened the request and he resented it. Regarding the Colle, there are only two cases: either Draghi wants to be elected president of the Republic or not. If he doesn’t want to be elected head of state, he can answer the first question: ‘I’ll stop you immediately. I urge the parties not to vote for me and to seek other solutions’. At that point, the boulder that blocks everything – he continues – is immediately removed and the parties orient themselves on other candidates, exactly as they are doing with respect to Mattarella, which I hope will be taken seriously, since in all possible ways he has said he does not want to be re-elected. Draghi, however, did not reply and therefore, in fact, confirmed that he really cares about going to the Quirinale, because otherwise it would have taken half a second to say that he doesn’t want to go to the Colle ”.

Draghi to reporters: “I apologize for not holding a press conference after the Council of Ministers. We underestimated expectations “

Travaglio comments: “This ridiculous team order of journalists has strengthened his self-candidacy for the Quirinale. I remember that the race to the Colle is not in 2 or 3 months, but there are only two weeks left. So, it would be the case that Draghi finally did what all those who want to speak out are doing, otherwise it is useless to hold press conferences, especially since even his answers on the covid emergency were embarrassing. At first I was happy that Draghi was giving a press conference. Now I think he would have done better not to”.