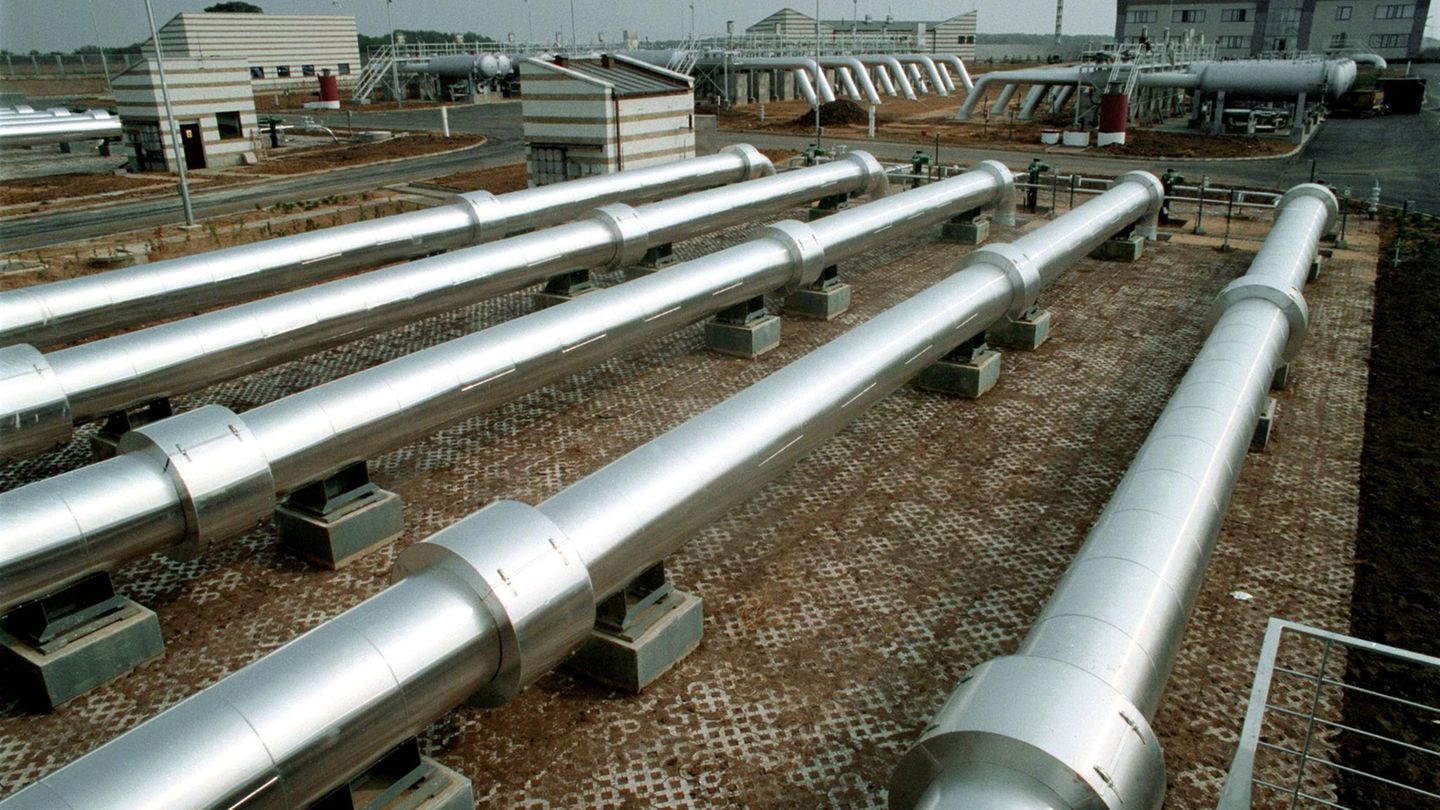 energy crisis
Russia is pumping gas west through Slovakia. The mysterious role that the Transgas pipeline plays in this

Putin’s confusion is entering the next round. The Russian company Gazprom is booking storage capacity for the Transgas pipeline. But so far not a drop of the liquid gas has arrived in Germany.

A collective sigh of relief a week ago in Germany: Gazprom put the Nord Sream 1 Baltic Sea pipeline back into operation after ten days of maintenance. However, with less power than before. Deliveries are now being halved, instead of 40 percent of the possible gas volumes now only flow to Germany. 1.28 million cubic meters arrive here every hour. Save, save, save, that’s why the Federal Network Agency once again said. But rescue is at hand, namely through the Transgas pipeline, which leads from Russia via the Ukraine and Slovakia to Germany and Austria. Or?

At least that was the news, a day after Gazprom announced plans to cut Nord Stream supplies. According to information from the Slovakian network operator Eustream, the Russian energy giant had booked significantly more capacity for the Transgas pipeline through Slovakia than in the past few days. In the Slovakian border town of Velké Kapušany, the starting point of the Slovakian section, the transmission of 68.6 million cubic meters of gas was announced. The day before it was 36.8 million cubic meters. The operator of the Ukrainian pipeline section TSOU had previously complained that the Russian gas giant had increased the pressure in the pipelines there without warning. However, no higher quantities have been passed through at the Sudscha measuring station on the Ukrainian-Russian border.

Apparently, Russia is using the pipeline to pump more gas west. Does Gazprom compensate for the failed Nord Stream deliveries? Was ex-Chancellor Gerhard Schröder involved during his recent visit to Moscow? And: Has our storage target of 90 percent in November become more realistic again?

Neither Gazprom itself nor the Federal Network Agency answered the questions. The page of the Russian energy company was not available, a stern-The German subsidiary left the inquiry unanswered. However, the Federal Network Agency replied in writing: “Currently, an increase in physical flows via the Ukraine and especially to Germany cannot be confirmed.” This is also evident from the current management report. The Waidhaus station, which is connected to the Transgas pipeline on the Czech border, has not recorded any increase in gas deliveries (as of July 28, 2022).

The head of the network agency, Klaus Müller, remained skeptical, and rightly so. “I don’t trust all the announcements until we’ve seen a few hours into this day.” For him, natural gas is now part of Russian foreign policy and possibly also part of Russia’s war strategy. And it thrives on surprises, as the historian and political scientist Liana Fix already spoke to stern explained. “Putin loves to play with surprises and expectations and not to fulfill them. In doing so, he portrays himself as unpredictable.”

Apparently Germany rejoiced too soon. The question now is: where is the gas? And what is the pipeline really all about?

Zoff because of Transgas

Transgas is a pipeline that runs from Russia via Ukraine to Slovakia and to Austria and Germany. It was built in a phase in which the situation between the Soviet Union and the West briefly eased. This is how the contracts with the Austrian ÖMV and the German-Soviet tube contract came about. Germany built natural gas pipelines, in return the German Thyssen-Ruhrgas received supplies from the Soviet Union. The route was planned in the 1970s and expanded in the years that followed.

In the 1990s, after the collapse of the Soviet Union, the pipeline caused disputes between the now independent Ukraine and Russia. The gas dispute was about the appropriate remuneration that Ukraine received for the transit of Russian gas. From 2005 onwards, Ukraine repeatedly reduced the amount passed through. Russia responded with temporary delivery stops and alternative routes. This is how the Yamal pipeline, the Nord Stream pipeline and the South Stream pipeline in the Black Sea came about.

At the Baumgarten network point in Austria, Austrian Gas Grid Management AG (AGG) recorded an increase in gas deliveries of three percent from Wednesday to Thursday. However, that does not explain why no gas flows to Germany. There is no information or indication that the gas is stuck in the Czech Republic, Slovakia or Ukraine.

Delivery stop for Poland and Bulgaria: Six questions and answers on Russian gas

The German motto is probably still: save. This worked well this year, as figures from the Federal Association of Energy and Water Management (BDEW) show. By May of this year, gas consumption was 460 billion kilowatt hours (billion kWh) below the same period last year by 14.3 percent. However, the BDEW points out that the comparatively mild temperatures would have led to this. “But even adjusted for temperature effects, gas consumption in the current year was 6.4 percent below the value for the same period last year,” says the press release. The decline in May was particularly clear. “Here, consumption was more than a third lower than in May 2021 (-34.7 percent). Adjusted for temperature effects, the minus is still 10.8 percent.”

According to Netzagentur boss Müller, it is unclear when a gas shortage will have to be declared in Germany. That depends, among other things, on the temperature in autumn, the savings made by industry, deliveries from neighboring countries and the commissioning of the liquid gas terminals. The federal government is currently planning savings of 15 percent. Depending on the severity of the winter, “16 or 20 percent” might also be possible, said Economics Minister Robert Habeck. Perhaps that will also be urgently needed, because who knows what surprises Russia still has in store.