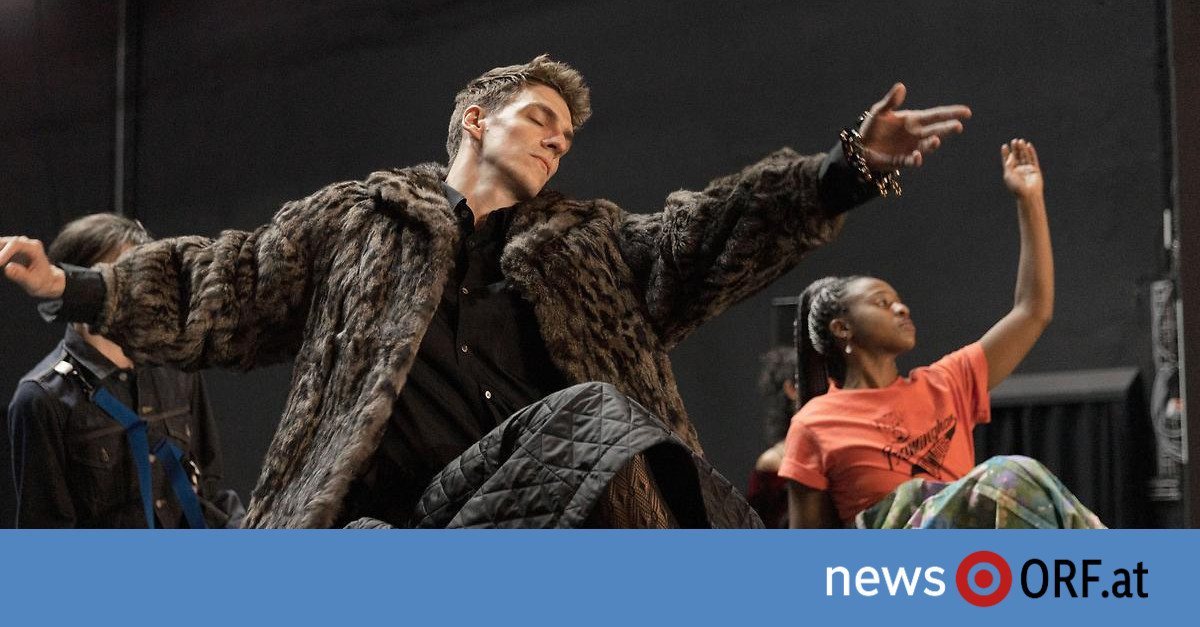 Whether in Salzburg or Vienna, it is the time when the exciting productions with a new signature are apparently coming from the Zurich Schauspielhaus. After the very free and creative adaptation of Arthur Schnitzler’s “Reigen” by Yana Ross at the festival, one could experience the re-appropriation of a white classic by the dancer, choreographer and director Trajal Harrell at the ImPulsTanz on Friday evening at the start of the final weekend. The fact that he works with his approach in Switzerland of all places can be interpreted as courage to be at odds.

“The Cologne Concert” can still be experienced on Sunday, August 7th, 2022 at the Volkstheater in Vienna.

Together with a six-person dancer ensemble, he takes two classics from the 1970s to look for a new form of positioning. Joni Mitchell’s song “Old Man” acts with three other songs by the artist as a kind of door opener to an evening that is completely devoted to the possible implementation of musical figures in dance – no, one has to say, above all, expression.

„He’s a dancer in the dark“

“My old man, he’s a singer in the park/He’s a walker in the rain / He’s a dancer in the dark / We don’t need no piece of paper from the city hall / Keeping us tied and true no, my old man / Keeping away my blues” – Harrell takes this as a poetological assignment. If you listen closely to Mitchell’s classics, you will find similar musical solutions to Jarrett’s on “Blue”. In any case, the singing moves far away from the suggestions of the music. And with the melody lines and the short chords, the music always remains in a floating experimental stage.

In the fifth piece of the “Cologne Concert”, Harrell’s ensemble finally joins Jarrett’s classic. This work has inscribed the classic reception contradiction in itself: the uniqueness of this evening’s work from 1975 in Cologne gets a slight touch of the Expectability – or the fleeting attachment to experienced passages.

Jarrett’s piano playing is a search, a border crossing, an inquiry into how far one can wander from the prelude to the freedom of the musical figures – and which chord possibilities there (still) exist. The magic of this music is perhaps also due to the fact that the hemispheres of the left and right hand seem to be completely exchanged. It also does something to our brains.

Harrell uses the music option to simply make suggestions, but does not turn the music into dance. The way in which voguing is used here, not least as a fruitful means of shifting meaning, revitalizes a classic – yes, it helps to be able to see it more clearly again.

It’s the framework of this music that doesn’t aim for an ideal, but for a possibility. Harrell does not shy away from any form of expression in his reading between sadness, euphoria and lightness. And he obviously loves the grotesque.

Without the grotesque there is no place for people, without ritual there is no deep experience of our situations – that’s how it could be understood. Without role shifts, there is no sense of where people stand. This evening can do that with dance-like precision – and at the same time with suggestions that never come with a wooden hammer, but always from a very profound gesture of poetry.

See also  250 thousand euros from Campania for D'Alessio's concert. The singer: "The controversies are a joke" - DavideMaggio.it