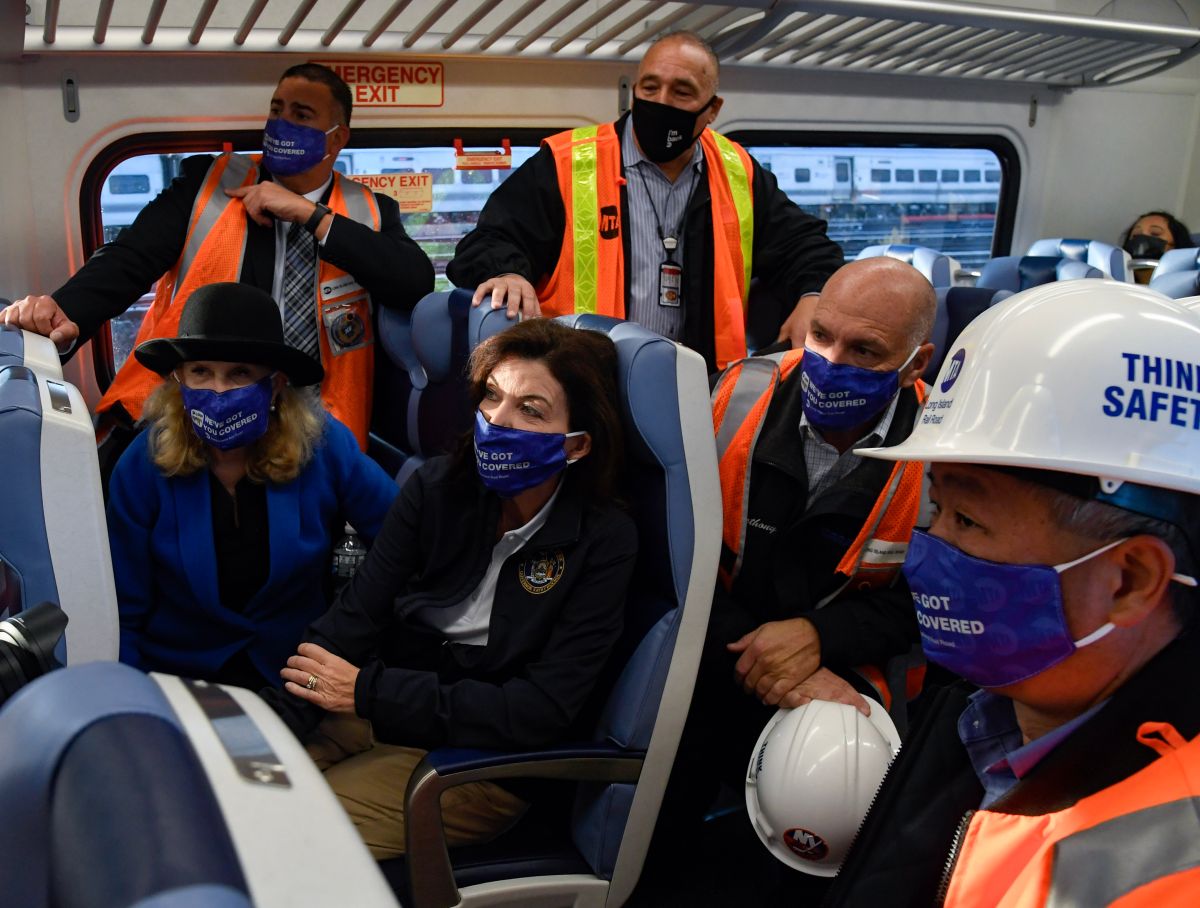 This Sunday, during the Halloween celebration, New York Governor Kathy Hochul participated in a test ride of the Long Island Rail Road (LIRR) train to Grand Central Station, a milestone in the long-awaited East Side Access project to open. to the public in 2022.

The state president highlighted the fact that the Metropolitan Transportation Authority (MTA) project is a model for modern transportation systems while looking to the future after the pandemic.

“As the first modern rail terminal built in more than half a century, the East Side access project will expand rail service, reduce travel times to eastern Manhattan from Queens and Long Island, and reduce crowding. This is yet another example of New York leading the way as we recover from the pandemic, ”said Hochul.

Currently, the LIRR ends at Penn Station, forcing those traveling from Long Island and working on the east side of the Big Apple to use other modes of transportation to get to work. This new connection provides faster direct service for travelers from Long Island and Queens to the East Side of Manhattan, with up to 24 trains per hour and reducing travel time for users by 40 minutes per day.

The new station at Grand Central Terminal includes a 350,000-square-foot LIRR passenger lobby with new entrances along Madison Avenue, 25 retail stores, Wi-Fi and cellular service, new art installations, and digital signage with real-time information from trains. The 347 Madison Avenue entrance being built on 45th Street as part of the redevelopment of the former MTA headquarters is expected to serve 10,000 people per day.

Seventeen 182-foot escalators, the longest in the MTA system, will connect commuters between the new concourse and the rail terminal mezzanine 140 feet below Park Avenue.

Originally conceived in the 1960s, the project was developed in the 1990s and work began in earnest in Queens and Manhattan in 2006.

“In 2022, we will not only bring more options for our passengers to the East Side of Manhattan, but we will also provide them with state-of-the-art facilities below the existing Grand Central Terminal,” said LIRR President Phil Eng. “The LIRR continues to lead in reducing pollution and stimulating the economy of the state of New York ”.

See also  Elon Musk explains why electric cars with 1,000 km of autonomy do not make sense