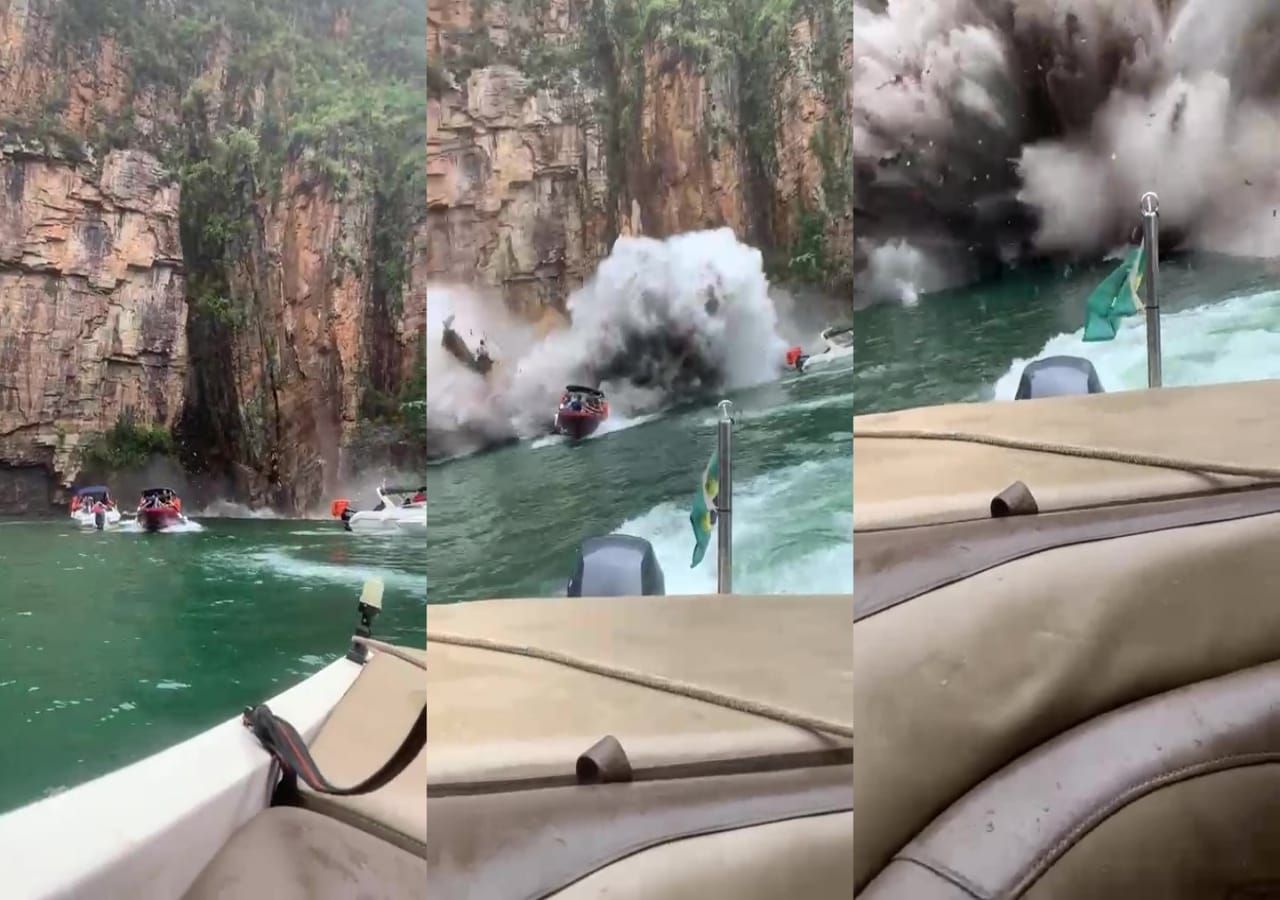 Despite unfavorable weather conditions, many tourists have visited the accident area in recent days in order to enjoy the wonderful landscapes. Sadly, a block of stone broke off the cliff and caused a real tragedy. The human toll is very heavy and the images quickly went viral on social networks.

Shock in Pakistan: more than 20 dead after a snowstorm!

The huge canyons that surround the crystal clear waters are located in the state of Minas Gerais. Capitol is in the immediate area of ​​Piumhi and is known to be a popular tourist town with visitors from across the country.

At the end of the morning of this Saturday (08), the inhabitants of the region were surprised by shocking photos and videos of an accident at the Capitol. Gigantic stones broke from one of the canyons and struck boats passing through the area.

The accident happened in the Escarpas do Lago condominium, near the municipality of São Roque de Minas, around 11:30 am. According to firefighter lieutenant and company spokesperson Pedro Aihara, at least seven people died and many more were injured.

The incredible “Eye of the Earth”, what is it and where is it?

Also according to the authorities, there was a detachment of part of the rock structure that is part of the canyons after the passage of a waterspout. The heavy rains which occurred in Minas Gerais could accelerate this process of detachment.

So far, information has been given about four people in serious condition who have been taken to Passos hospital. Other slightly injured people were also treated. The diving firefighters attended the scene to search for possible victims who were on board the speedboats. The human toll of this tragedy is very heavy and the dramatic images of the drama have toured the world.

Since the start of 2022, heavy rains have continued in the area with a state of alert in Minas Gerais. The recent passage of a cold front has caused high volumes of precipitation with overflows of rivers, flooding of large urban centers and numerous damages such as falls of walls, embankments, houses, in short, a tragedy that has occurred. faced miners for days on end.

With excessive rains, military firefighters have also warned of the risk of waterspouts in these tourist areas such as Capitólio, Guapé, São Thomé das Letras and many others. Waterspouts are always a big concern during this very touristy time of year.

Despite the rainy weather and mild temperatures, tourist attendance has not declined as expected. The holiday season and the start of the year were marked by the great movement of speedboats in the canyon region.