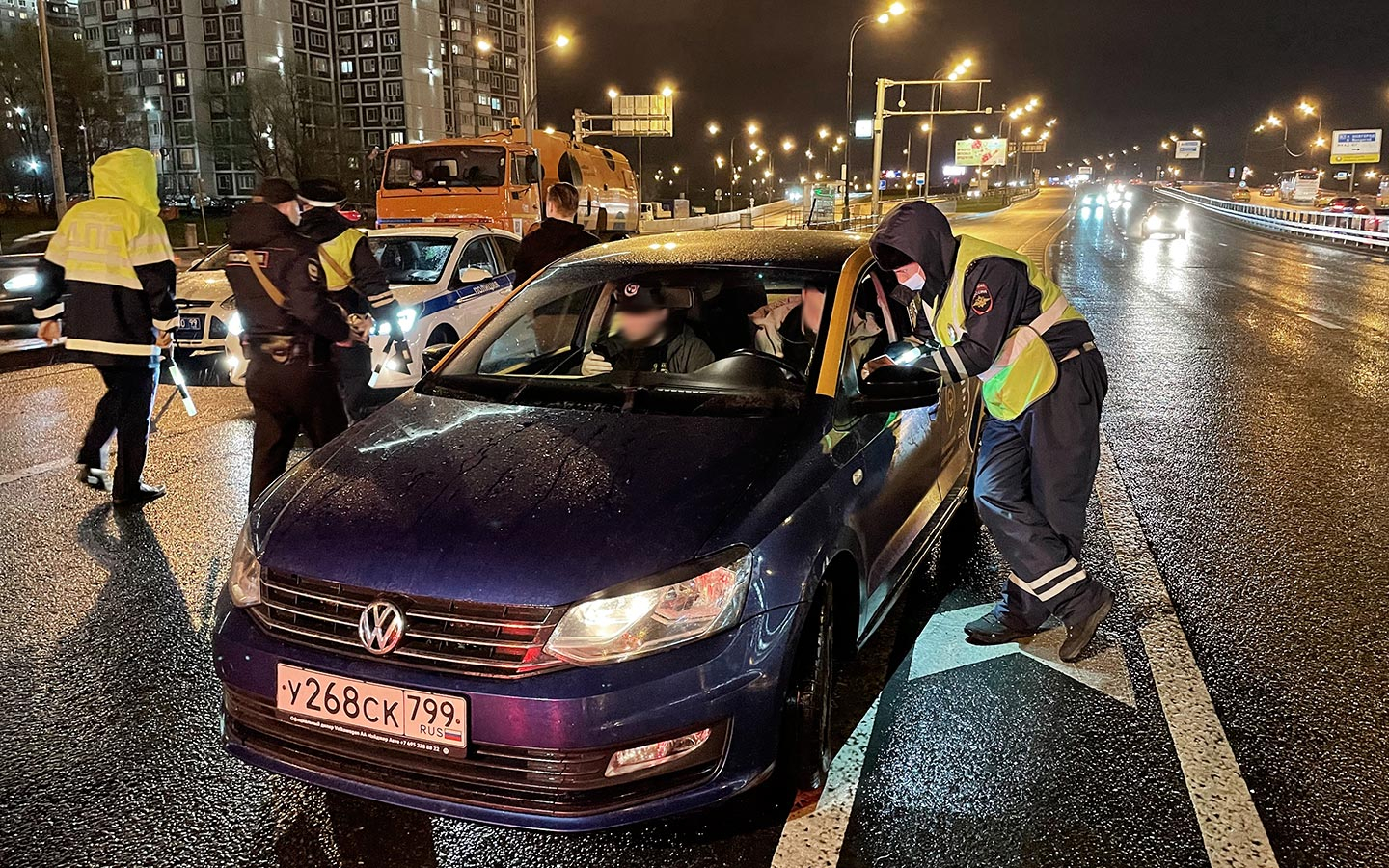 Checks on suspicious vehicles, including taxis and carsharing, close communication with drivers to identify drunks, stopping cars with terminated registration and issuing prescriptions for removing tint. This is how the daily patrols of the traffic police go.

The Autonews.ru correspondent worked with the inspectors all night and found out why the employees behave like psychologists. And how can drivers communicate with them so that they let them go faster. She also participated in a real chase for a runaway driver who abandoned his BMW.

Tinting and stop accounting: how violating drivers are caught

We joined the usual duty in the east of Moscow – during such inspections, the inspectors work according to different schemes: at temporary posts or they travel along the routes entrusted to them on the territory entrusted to them. The inspectors take over the night shift in the evening, and go home only in the morning.

We get down to work without delay: the employees one by one stop the cars they are interested in and check the documents. There are several crews in total, which are dispersed at some distance from each other. The emphasis is on identifying drunk drivers, special attention is drawn to old cars, carsharing, taxis and bright expensive foreign cars, which are often found on tinting.

I draw your attention to the fact that many have machine guns hanging on their shoulders. It turned out that they were more often used instead of pistols. “Now the situation is tense, the inspectors must be protected. And machine guns are more convenient – they hang on the shoulder, 30 rounds. And you still have to get the gun out of the holster and only eight rounds,” said one of the policemen.

See also  Did the Italian Nuclear Power Plant Management Company have a hole in it? 800 GB of sensitive data offered to the Russians

Here, traffic police officers stop an orange Ford Mustang – a disgruntled young man is driving in the company of a girl. The inspectors wipe the blindly tinted window on the driver’s side with a piece of cloth and take measurements. The device detects the excess, and the inspector begins to draw up a protocol for tinting.

The driver explained that he would not be able to tear off the film on the spot. Then the inspectors, together with the protocol, issued an order to the motorist – within 10 days he needs to come to the traffic police department and show that the tinting has been removed. Otherwise, during the subsequent stop, the motorist is already threatened with an article for failure to comply with the legal requirements of the inspector. According to part 1 of Art. 19.3 of the Code of Administrative Offenses for disobedience to a lawful order or demand of a police officer faces a fine of 2 thousand to 4 thousand rubles. or administrative arrest up to 15 days. 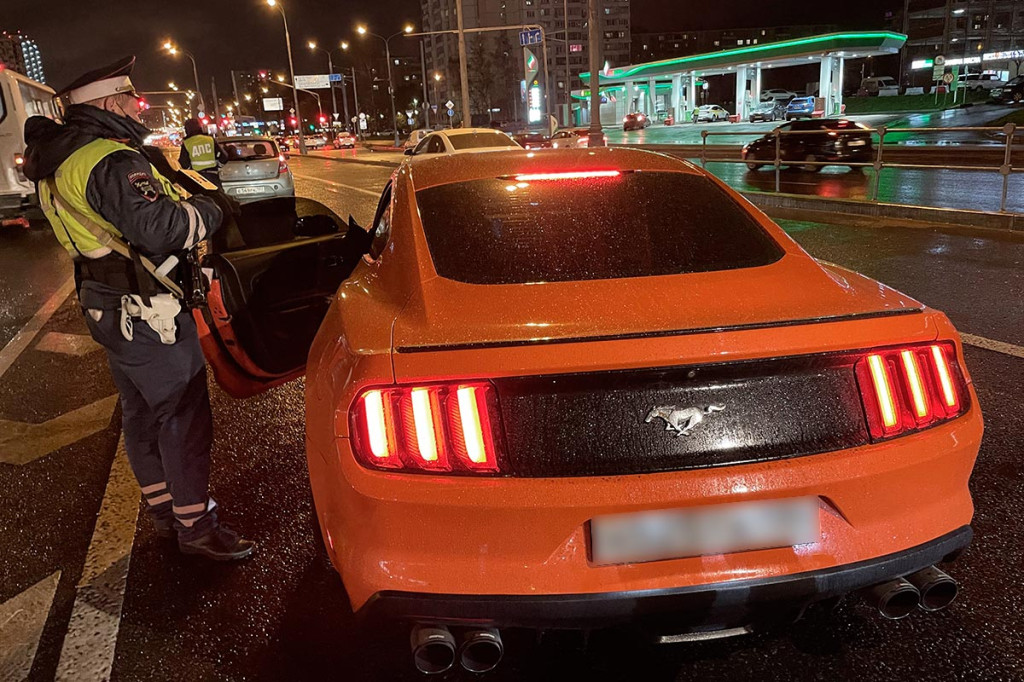 “We have the right to issue such an order, and the driver, after removing the tint, will have to come to the traffic police unit at the place of his stop and show that the violation has been eliminated,” the police explained.

Next, a driver in a white Toyota Camry was also caught in the tinting. “Well, yes, tinting, you can see everything a little worse, but the sun is shining brightly, I’m hot. And it’s also dangerous. Why should it be removed. But I’ll pay the fine. I don’t violate at all and don’t even drink, ”the driver complained while waiting for the protocol. 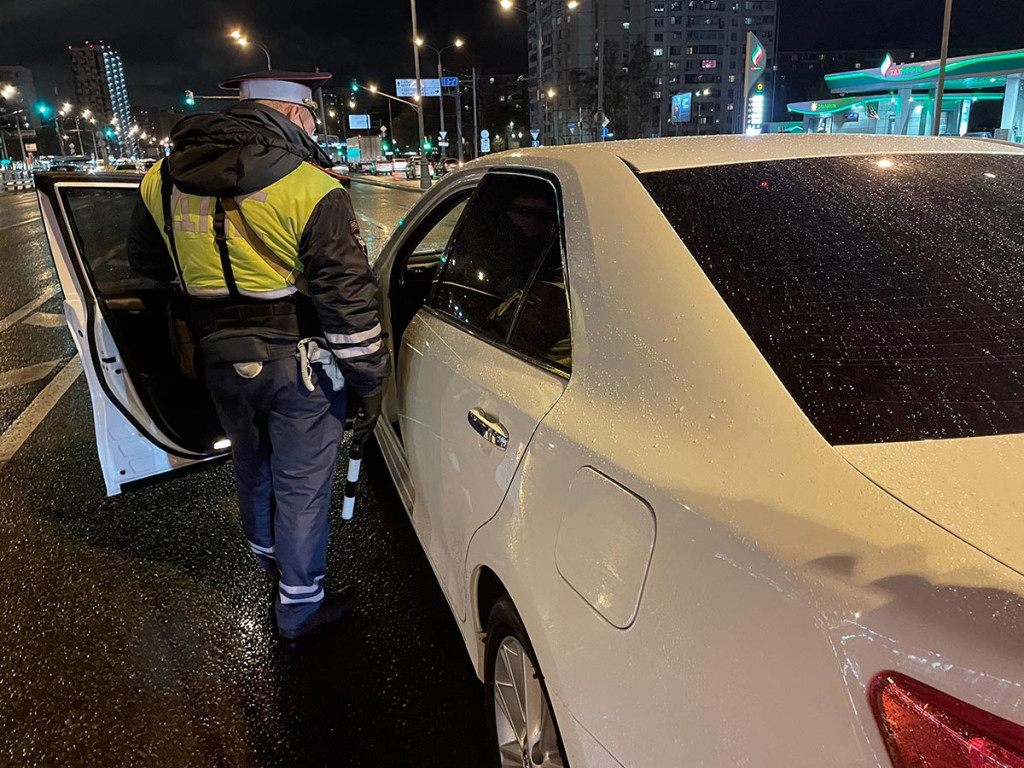 The third driver was stopped after noticing curtains on the windows. He immediately withdrew them, but the fine was issued anyway. “It’s like with a seat belt, if the driver is stopped without it, and he immediately buckles up, this does not mean that there was no violation,” the inspector explained. – One of the most popular explanations for tinting, which is so beautiful. It is difficult to understand this – after all, the driver’s ability to track the traffic situation drops sharply, especially in rain or fog.

Stop-registration system: cameras are triggered on cars without registration

Next, the attention of one of the inspectors was attracted by a burgundy Chevrolet Lanos that was smashed and pasted over with adhesive tape. At first, the very appearance of the car and the uncertain behavior of the young man behind the wheel aroused suspicion. And during the check it turned out that he bought the car relatively recently, but did not re-register it for himself. The previous owner turned to the traffic police and stopped registration. As a result, it turned out that the owner has a car, but he does not have the right to drive it without registration: the license plate and the STS were wanted. 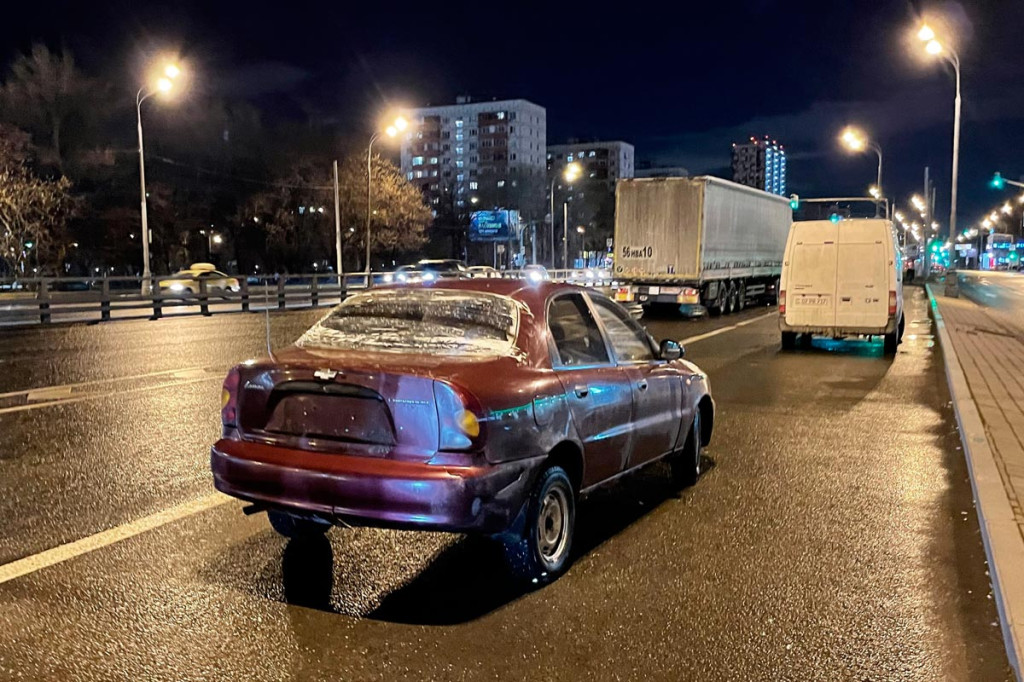 “Drivers call this situation “Stop accounting,” said one of the employees. – That is, he bought a car and drives on other people’s numbers, and the old owner pays all the fines. In our case, the owner turned to the traffic police and the registration of the car was canceled. Accordingly, the documents for the car are no longer valid. We remove the license plate and pick up the STS. It is, of course, impossible to drive such a car. You can only ride on a tow truck before registering with the traffic police. The new owner did not fulfill his obligation to register the car within 10 days.

Indeed, a tow truck came to the motorist in a few minutes and took the car away. It is important that this is an ordinary civilian loader – the car is not sent to a special parking lot in such cases. You just need to transfer it to a convenient place, and then also deliver it to the traffic police for registration on your own. For the first time, the driver was fined 800 rubles. But if he does not register the car for himself and drives again, he will be fined 5,000 rubles already. or lose your license for 3 months.