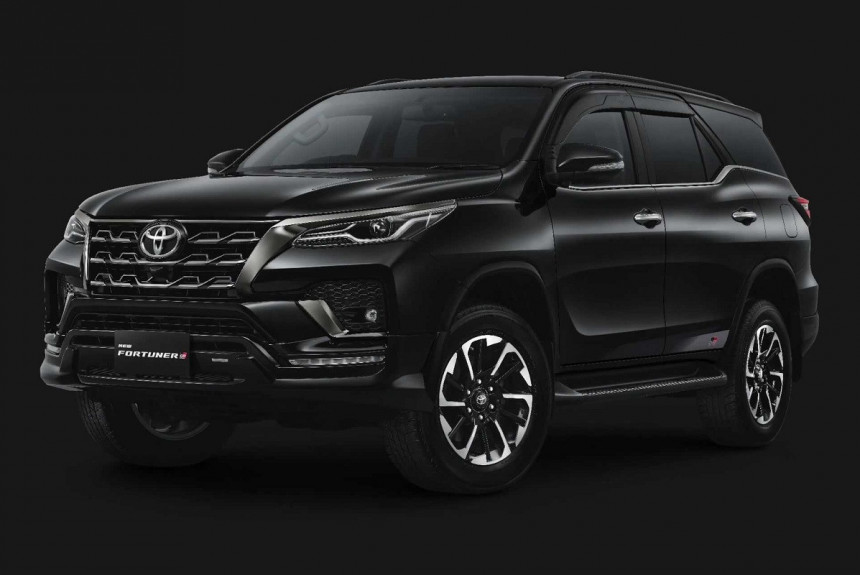 Toyota Fortuner got a special version of GR Sport – Autoreview

Four years ago, Toyota began expanding the GR sports lineup, which has already covered almost all of the Japanese brand’s models, from the tiny Yaris GR hatchback to the flagship Land Cruiser 300 GR Sport SUV, and now the Fortuner has joined it. It differs from the standard model primarily in the original body kit, retouched radiator grille, two-tone 18-inch alloy wheels, as well as stickers on the sidewalls and a nameplate with the name of the equipment on the fifth door.

The list of new things in the interior comes down to leather upholstery of the seats (the front ones are electrically adjustable), a media system with a nine-inch screen, which displays images from all-round cameras, wireless charging for a smartphone and a separate multimedia display for passengers in the back row. Also, the list of equipment is supplemented by a system of assistance at start on the rise, an electric drive of the fifth door with leg swing control and an electronic assistant for driving with a trailer.

True, while the new Fortuner GR Sport can only be bought in Indonesia – on the local market, the SUV will be offered with a 2.7 petrol engine (163 hp, 247 Nm) and a 2.4 turbodiesel (149 hp, 400 Nm). The SUV received no technical modifications: both versions are available only with a conventional six-speed “automatic” and rear-wheel drive. It is possible that over time, the Fortuner GR Sport will appear in other markets.