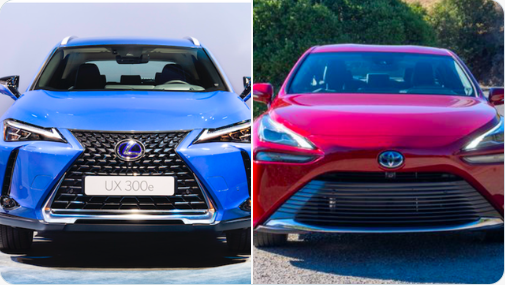 Toyota as Pontius Pilate: we do not decide the future

Toyota as Pontius Pilate: “It is not up to us to predict which solution is the best or to say that only this one will work”. Words from Gill Pratt, Chief Scientist.

Toyota as Pontius Pilate: everything is fine, even hydrogen

The chief scientist of the Japanese giant spoke during an event of the Reuters on the future of the automotive world. And he again denied that electric is the means to fight climate change. In the wake of as stated several times, and more harshly, from the # 1 of Toyota, Akio Toyoda. Pratt explained that the theme of the climate change it is very topical all over the world, but that does not imply that let’s all switch to the electric car. The Japanese company is convinced that the hybrid is a valid technology at least for the next 30 years. And it works hard, at the lobby level, to prevent it from being sidelined by the regulations of the various countries. Pratt says he prefers all solutions to be pushed forward, including fuel cell electric vehicles powered by hydrogen. Professing his belief in “diversity of broadcasts“To reduce CO2 emissions.

On opposite sides of the Volkswagen

While the competition, Volkswagen Group first of all, it spends huge sums to convert to electric, Toyota proceeds in this direction with small steps. The only model launched so far, the Lexus UX 300e, went virtually unnoticed, while a first Toyota branded SUV is expected in 2022. The company explains that it intends to invest 13.5 billion dollars between now and 2030 to develop a real electric range. But competitors are thinking about much shorter deadlines and by that time the risk is that the market is already saturated. Much will depend on what governments decide on emission limits. At the time Toyota, con FCA, was among the supporters of the administration Trump in an attempt to block restrictive rules issued by the State of California. Obtaining considerable damage to its image. Its positions are the opposite of Volkswagen, the main competitor for leadership in the global car market. One of the two is in the wrong direction. Who will lose, it will go astray getting very hurt.

See also  A giant shadow has been found on Jupiter. What is it (photo)

IN OUR OPINION. At the time of the launch of the first hybrid (the Prius, in 1997), Toyota chose, and how. He said this was the future and he spent enormous amounts of money to prove it, with excellent results. Now, with this non-choice, he takes enormous risks: he who has his foot in too many stirrups rarely wins. And one of these, hydrogen, has already shown all its limits for the automotive sector. (M.Te)

– Do you want to be part of our community and always stay informed? Subscribe to the newsletter and YouTube channel for free