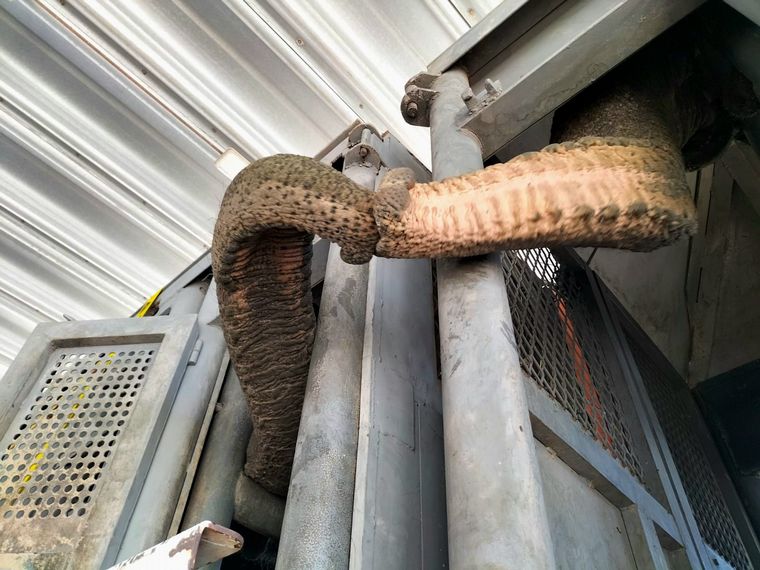 Towards their freedom: they move two elephants to a sanctuary – Radioinform 3

The elephants “Pocha” and “Guillermina” began to be transferred on Saturday from the Eco Park in the province of Mendoza to a sanctuary prepared for these species in Mato Grosso, Brazil, in a trip that is estimated to have a journey of 3,600 kilometers. The transfer was approved and granted by the Ministry of Environment of the Nation, after a long wait for quarantine and tests.

“Finally, Pocha and Guillermina leave Mendoza for their new life, in the more than 1,500 natural hectares of the Elephant Sanctuary in Brazil, before they will travel 3,600 kilometers during five days of travel,” said Mendoza Governor Rodolfo Suárez, through his account. in Twitter.

Finally, Pocha and Guillermina leave Mendoza for their new life, in the more than 1,500 natural hectares of the Elephant Sanctuary in Brazil. @GlobalElephants. Before they will travel 3,600 km. for five days of travel. pic.twitter.com/acaAHstjMg

Pocha and Guillermina were admitted inside special containers of the Brazilian Elephant Sanctuary (SEB), which was able to obtain sufficient financing to achieve the transfer. It should be noted that the containers They were designed and built especially for the transport of these elephants, complying with international regulations.

This means of transport has a camera to monitor the elephants and thus be able to assess their status continuously. They weigh approximately five tons and are five meters long, two meters wide and three meters high.

The moment the elephants left the Mendoza eco-park, a large group of people formed a caravan to accompany them at his farewell.

The Brazilian Elephant Sanctuary (SEB) is a non-profit organization that seeks to transform the life and future of captive elephants in South America. It was born in 2012 from an alliance between Elephant Voices and Scott Blais, co-founder of The Elephant Sanctuary in Tennessee, USA.

The cooperation between both actors gave rise to the establishment of the Global Sanctuary for Elephants, which in 2013 laid the foundations for the SEB Association on Brazilian soil.